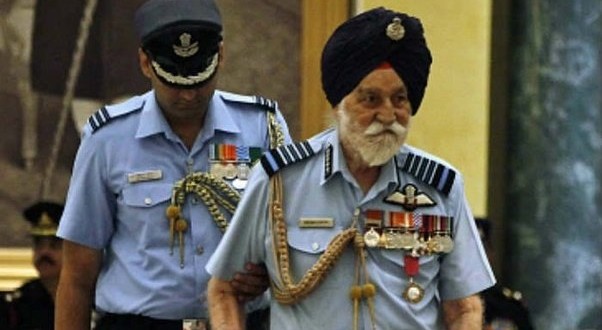 We have had three five star Marshals- late Field Marshal KM Cariappa known as an  Officer and a Gentleman, late  Field Marshal Sam Manekshaw famous for  soldiering with dignity and Arjan Singh  the first and the only officer to have been elevated to Marshal of the Indian Air Force who died on Saturday, 16 September 2017.

I have had no interaction with the first iconic Field Marshal but with the other two I had limited but very impressionable experience narrated below. 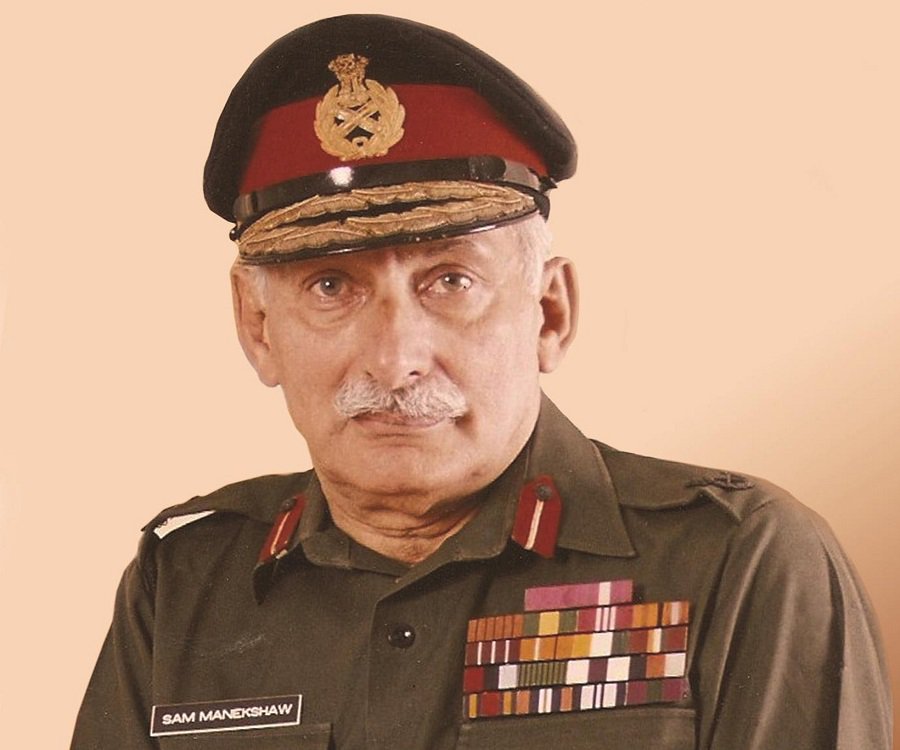 During 1966-1969, at the peak of the insurgency in Mizoram, having marched from Agartala to Aizawl, our Battalion 13 Kumaon was located in Aizawl as reserve Battalion of the Brigade. In those days there was no Counter Insurgency and Jungle Warfare School (CIJWS) and units being inducted had to learn counter insurgency operations by hit and trial operations against Mizo national Front (MNF) insurgents.

Therefore, during encounters with hostiles, own casualty rate was high and weapons captured from the hostiles meagre.

Lieutenant General Sam Manekshaw (later Field Marshal) was then the General Officer Commanding in Chief (GOC-in-C) Eastern Command. During one of his visits to Aizawl, he landed at the local helipad constructed in the Assam Rifles post. I had accompanied my CO , Lt Col Mukut Singh loaded with maps, binoculars, compass, thermos full of hot tea, my personal weapon 9 mm sten carbine, few magazines of ammunition and what not. The Brigade Commander Brigadier Jaswant Singh (later Lieutenant General) and Colonel MD Commissariat of the Assam Rifles were also present. Incidentally, Colonel MD commissariat was not only the look alike of the Sam Bahadur but a Parsee too. I had great interaction with him during my Assam Rifles tenure two decades later. I was perhaps the junior most officers standing away from the briefing of the Army Commander’s that was based on ‘need to know’ principle. To my utter amazement and surprise, after the briefing, I saw the Army Commander walking towards me. My heart lost couple of beats and sank as he stood in front of me smiling with gleaming eyes. I smartly saluted him and he shook hand with me and with mischievous smile asked me, ‘young man, whose mustaches are better- yours or mine?’

I without thought hurriedly replied mine and felt guilty thereafter on my careless reply as my CO expected me to say ‘Yours Sir’ .He grinned, complimented me and boarded the chopper that flew off to Kumbhirgram (Silchar).

My second encounter took with him some few months later on 27 Feb 1967 at Kumbhirgram airport.  Four young officers (YOs) of the Battalion- Major Misra, I, Capt Subba and Lieutenant Chiddi Singh were required to reach Happy Valley Shillong for appearing in Part ‘ A’ Promotion Examination mandatory to pass to become substantive captain. Having left Aizawl on 25th, we managed to foot many miles of traffic jam of military convoy coming from both the ends struck due to torrential rains and mudslides covering distance of 8 hours in two and a half days dead tired, starved and worried. On reaching Silchar we were shocked to learn that train services to Lamding /Guwahati were suspended due to land and mud slides on the tracks at various places around Half Long and our miseries compounded as there was no direct road link between Silchar- Guwahati- Shillong. Major Misra being the senior most suggested our trying the only Silchar- Guwahati flight that left in the evening. We took our rickety 106 mm recoilless (RCL) jeep from the rear and landed at Khumbhigram airfield some 40 Km away around 2 pm. To our horror we were told that due to bad weather all the flights were cancelled. We pleaded the airport ground and Air Traffic Control (ATC) staff that it was our promotion examination and heavens would fall if we missed it but to no avail. We were dejected and cursing our bad luck. While we were brooding on our luck, suddenly around 4 pm we heard faint noise distant air craft flying that started getting closer and closer. We ran to ATC which was under utter confusion and so were the meagre ground staff as they learnt that the Army Commander’s aircraft was   doing emergency landing due to bad weather. Neither there was anyone to receive the VIP nor any transport to ferry him anywhere!

Soon IAF twin engine aircraft taxied very close to us and we all in our muddy shabby dresses walked upto the machine. The Army commander General Sam Bahadur alighted and we saluted him.  He enquired how come we were there when the weather was so bad to fly. We narrated our story to him. He said not to worry and joyously with gratitude sat in our rickety RCL jeep to go to Masimpur (Silchar) where the Brigade was located.

Later he directed his regimental officer Lt Col (later Lieutenant General) Depinder Singh CO 4/ 8 GR who was the presiding officer of our Part ‘A’ examination, located in Happy Valley Shillong, to  specially conduct our test even if we arrived  late for the examination. That shows his humane side and care for his subordinates.

The next venture with him was that of my wife in 1970 – just before our formation moved to Durgapur for impending Bangladesh operations. I was then posted as Staff Captain in HQ 62 Mountain Brigade located in Kanpur. Sam Bahadur was the Chief of the Army Staff (COAS) visiting Kanpur for pep talk for impending operations and asses combat effectiveness of the formations that were likely to move towards East Pakistan borders.  In fact his these visits also raised the morale of the troops during his Sainik Sammelans.

He had the magnetic personality and aura to raise morale and motivate troops. It so happened that I was then away to Jhansi appearing for Part ‘C ‘promotion examination essential to become substantive major and like the earlier Part ‘A’ examination practical in nature. After the operational briefing, there was lunch in the Brigade Officers Mess. Sam Bahadur had the habit of talking with all the officers, their wives and kids- especially the junior ones! Seeing my wife alone, he enquired from her where her husband was! She promptly replied he was away for Part ‘C’ Examination at Jhansi. He told her smilingly, ‘Oh don’t you worry, he will pass’ and told her to cheer up and enjoy the party. The next day when I returned, Rajni greeted me smilingly and enquired from me, ‘You must have passed’.

I inquisitively enquired how she knows that I have passed, as in those days there was neither internet nor mobile phones. She laughingly told me that General Manekshaw told her that I would pass. That shows the magnanimity of the great military genius. 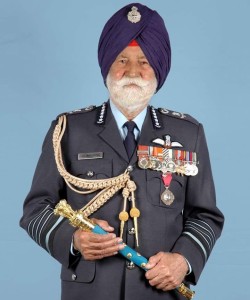 98 years old, smart, handsome elegant Sikh flier, Marshal of Indian Air Force Arjan Singh, DFC, hero of 1965 War, will always be remembered for his glittering career in and out of uniform.

His sudden death yesterday evening in the R&R Hospital after cardiac arrest has left the country shell shocked.  Both Sam Bahadur and Marshal of the Air Arjan Singh were professionally excellent military men with infinite qualities of the head and the heart.

Frankly speaking, I had no interaction with him during my active service. Every year on 18 November in Rewari Rezang La Day is celebrated with great gusto. in one of the Rezang La Day celebrations organised by Rezang La Shaurya Samiti under the dynamic leadership of late Subedar Major Balwant Singh of my Battalion 13 Kumaon, Marshal of the Indian Air Force Arjan Singh, DFC was invited as a chief guest and I was requested by Balwant Singh Sahib to come with my wife. I went to Rewari with my wife and introducing myself to the Marshal of the Air, I told him,’ Sir, I am the  nephew of the late Group Captain KL Bhatia, VrC‘. His eyes gleamed like two diamonds and he uttered ‘Karori Lal’ and kept holding and shaking my hand in tight grip for a long time. He made us both sit aside him and my most memorable interaction with the living legend, sharing anecdotes about my late uncle Group Capt KL Bhatia, Vr C of Uri, Leh, and Badgam fame in 1948 started as he was serving under the Marshal of the Air when he was the Station Commander IAF Agra Station before the war commenced.

He told us how ‘Karori’ as he loved to call him operated flight of two Blenheims from Bassein over the Gulf of Martaban, escorting troopships and supply vessels into Rangoon. The other two Blenheims were operated from Zayatkwin.  The flight withdrew to Dum Dum in early March 42. Then he told us my uncle’s first taste of action over Northern Waziristan in Dec 43.  He with great details in spite of his 95 yrs age then told us how with damaged tail fin of the Dakota due to Pakistani artillery firing was flown by Wing Commander KL Bhatia and was awarded Vir Chakra for his bravery and leadership under enemy fire. The hulk of the aircraft would be seen for decades on the Poonch airstrip before it was finally scrapped.

He then recalled incident of Baba Mehar Singh landing first ever Dakota in Leh in 1948 followed by that of my uncle. He in between mixed up about my uncle’s death, our aunt Mrs Padmanjali Bhatia and her remarkable resilience in upbringing her two sons. There was bit of humour too as Marshal was requested by the master of ceremony (MC) to speak a few words to large gathering of Veer Naris, ex-servicemen and school children. On the onset, to great applause by the huge crowd, he said in broken angicalised accented Hindi,”Royal Indian Air Force aur Indian Air Force ne mujh ko fighter aircraft chalana sikhlaya, dushman ko barbad karna sikhlaya par Hindi mein lecture dena nahin sikhlaya” leaving all of us with hearty laugh.

Soon there were other events and quick lunch and we parted but Marshal of the Indian Air Force, like Sam Bahadur left unforgettable mark in my mind and memory spinning my mind with these famous lines of Longfellow ever since I learnt about his passing away yesterday :-

‘Lives of great men all remind us, we can make our lives sublime, and, departing, leave behind us, footprints on the sands of time.’ 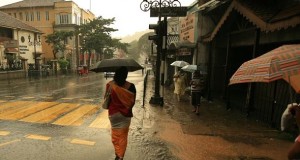