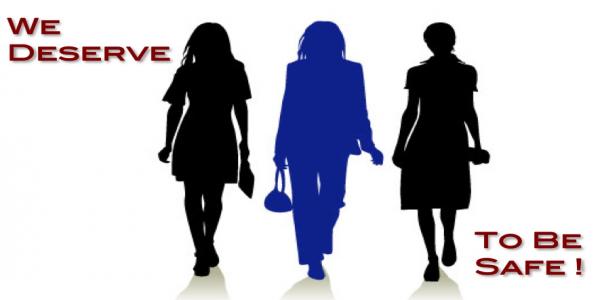 Nearly seven years ago, on February 9 2012, a 19-year-old, young teenage girl was returning home with her colleagues after work. All was well, except that she never made it home. She was abducted by three men in a car just a few metres away from home. For the next three days they raped her in the fields in Haryana, burnt her with cigarette butts, mutilated her various body parts, inserted a broken liquor bottle in her private parts, poured acid on her face and eyes and finally left her to die.

In the same year, on December 16 2012, a 23-year old physiotherapy intern left her house promising to be back soon after watching a film she so looked forward to seeing all week. All was well, until the horror began and even she never made it home. She was cornered in a private bus by six men including the driver and brutally gang raped, assaulted with rods pushed into her mutilating her genitals and tearing her intestines into shreds and thrown out of the bus naked after the crime.

When the incident came to light on December 21 2012, India was gripped by anger and grief. Massive protests erupted across the country. People gave her the name Nirbhaya. The young and the old, men and women, everybody from all walks of life and from every city raised slogans, demanding immediate action against the perpetrators. They braved tear gas shells and water cannons, yet stood strong like rocks demanding justice for Nirbhaya because people saw hope in this uprising. It seemed like this incident had finally awakened India’s conscience.

As I watched India rise, I hoped that things would change. But did things change?

Within a few months, in March 2013, a 7-year old girl was raped at a government-run school. In April the same year, a 5-year-old girl was kidnapped and raped by two men for over three days. People called her Gudiya. Again in October, a 17-year-old student was gang-raped in a car in a parking lot in a plush South Delhi locality by three men known to her. While in November, a 27-year-old woman was gang-raped by two men at her office at a mall in Delhi.

It’s been five-and-a-half years since then. Nothing has changed.

On January 17 this year, the body of an 8-year-old Asifa Bano was found in Kathua. Investigations found that she was kidnapped, starved, drugged, and raped repeatedly before being bludgeoned to death.

Over and over again, to this day, every day, women, young children, teenagers and even toddlers continue to be assaulted, molested or violated one way or the other. Be it at the workplace or on the streets. Be it in schools, colleges, public transport, and public spaces or even at home.

Yes, each reported incident paves the way for a national debate on the safety of women in India. Media channels, feminist organizations, politicians, celebrities, private conversations of people from all walks of life, all of them  have their share of say in the matter but that’s where it stops.

Some public figures suggest ways to avoid getting raped in India – “Cover yourself properly, don’t go out after dark, and don’t go alone anywhere, dress modestly, boys will be boys, don’t talk to people too much, don’t make noise, be careful about where you walk, whom you walk with, carry a pepper spray, always be wary of your surroundings,” and on and on and on, while some find ways to justify rape – Was the woman walking alone? Was the woman drunk? Did she look at him suggestively? What was she wearing? Is she a single woman with a lot of male friends?

Well, and if the answer to any of this is – Yes, it just means that the woman didn’t follow the “rules” and hence she is responsible for her own rape. It doesn’t take too much of an effort to point fingers and blame others. Does it? What does take effort is however, starting a transformational movement for safety of women in India. What does take effort is the willingness to be kind and compassionate towards women and their issues of safety without being prejudiced about it. What does take effort is to stop the rhetoric and start implementing measures that counter violence against women. But are we willing to put in that effort?

Are we willing to allay the fears of a mother who stands at the gate every evening waiting to catch a glimpse of her daughter coming home, or the parents who worry to death if their daughter misses to pick up a single call? The question is are we willing to give humanity another chance? Or is it a lost cause?

On May 5 2017, the Supreme Court upheld capital punishment for four in the Nirbhaya rape and murder. The verdict came with a ray of hope. There was cheer and relief in the country but one that did not last too long. On May 9 2017, a 20-year-old woman was gang raped and killed in Haryana’s Rohtak by two people known to her, who smashed her face with a brick and crushed the body under the wheels of their car. The victim’s private parts were mutilated and stray dogs had eaten her face and lower portion of her body.

What does India’s collective conscience plan to do now? Yet another candle march over the weekend just before work begins? Or yet another death penalty? Because none of it seems to be working. In spite of laws being laid out and punishments being meted out, perpetrators of crime continue to challenge the system with impunity.

Will certainty of punishment serve as a deterrent? Maybe. Is just making a law enough? May be not. Decades have gone by with no solution in sight. Dignity and honour, life and people have been lost in their battle with the system. How many more Nayana Pujaris, Nirbhayas, Asifas, Bilkis Banos or Gudiyas will it take to end this war against humanity? I don’t have an answer, but what I do know is India’s conscience continues to dangle between hope and despair and they say hope dies last in a war.

Previous: Exit Polls: Effects on Indian Polity
Next: How Mumbai’s poorest neighbourhood is battling to keep coronavirus at bay