Home > News & Politics > Features > Fan of Rudyard Kipling? Then you should read the hundreds of other stories he wrote 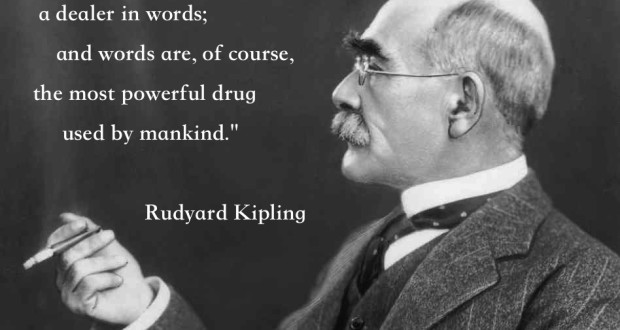 Sixteen-year-old Rudyard Kipling returned to India after a miserable childhood, and slightly less miserable adolescence in England, to take up the perfect job for a precociously gifted but possibly unemployable son of empire. He was to be 50% of the editorial staff – as he describes in his memoir Something of Myself – of the Civil and Military Gazette, the newspaper for Anglo-Indian Lahore society.

While Kipling is famous for his fiction, particularly for his Jungle Book and Just So Stories, he wrote thousands upon thousands of words of journalism before his fictional daemon, as he called it, awoke.

His newspaper apprenticeship helped him develop his distinctive concise prose style, the limited spaces forcing every word he wrote to tell, carry, weigh, taste and, if needed, smell.

It is this ruthless weighing of words which enabled Kipling to get more layers of meaning, more subtlety and complexity into one of his short stories than another novelist could in a whole book.

Journalism uncapped the creative geyser. Shortly after his editor sent him on his first trip as a correspondent for his newspaper, the short stories that would make him famous started appearing. His newspaper reports – many unpublished since they first appeared in the gazette in 1884-5 – show not just what a precocious child Kipling was, but also how observations made as a teenage reporter would influence his later fiction.

Many themes and concepts of his short stories, from the cautionary tale to the idea of the unreliable narrator and the redemptive innocence of children, are first expressed in his newspaper articles. Kipling’s early journalism also reveals his much-decried attitude towards native India: early articles criticise laziness, corruption and lack of hygiene. But it also reveals wonder and love for the vast, mysterious country. While a selection of his journalism was published in Kipling’s India, edited by Thomas Pinney, hundreds more articles languish in microfilm copies of the Civil and Military Gazette, which I have been studying over the summer.

One of Kipling’s first assignments was to report on the viceroy’s visit to the Maharaja of Patiala, some 200 miles from Lahore, in March 1884. Though still in his teens, the young reporter’s words capture brilliantly the dazzling show:

Elephants with silver havedahs and trappings of gold … swung to and fro like ships at anchor, the sunlight lit up gold stiffened jhools and bejewelled earrings till the roadside seemed to be ablaze with all the treasures of the Arabian Nights and the elephants themselves shone like glorified fireflies.

The alchemy of the 18-year-old Kipling’s language transforms these giant, earthy beasts, first into almost weightless boats swaying at sea and then, defying physics, they become airborne.

Who also can read this passage and its deliberate reference to the Arabian Nights fables without calling to mind the mystical “elephant dance” of the Jungle Book and Hathi who appeared to Mowgli:

Swaying and rocking and shifting from one foot to another … his three sons rolled side by side.

As well as their passages of beautiful description, the articles, which appeared in March 1884, contain the first sighting of Kipling’s use of the unreliable observer/narrator, who is such an ubiquitous character in his early short stories, particularly the Indian Plain Tales From The Hills.

Observing the soldiers accompanying the viceroy, Kipling the reporter admits

“it is difficult at first sight to assign each man to his proper regiment”,

as he confesses he cannot see much from his vantage point, a surprising and brave admission from a professional journalist out to prove himself to his editor on his first assignment.

This was followed in another article by his admission of “massive ignorance” of music and musical criticism in a write-up of an evening event. To help him, Kipling brings in a second, unnamed correspondent who “really knows” about both subjects. This effectively absolves Kipling from any errors that may creep into the article, another technique he uses in his short stories, to unsettle the reader and to distance the narrator from the story he tells.

Another piece of reportage about an agricultural exhibition in Jullundur (now Jalandhar) and published in January 1885 also shows how Kipling the storyteller is bursting to be rid of the straight-jacket of factual reporting. He reports, as if starting a fireside tale:

“One of the exhibitors, a certain artist, one Mahammed Sharif, possesses the secrets of all the colours and glazes of the old Mughal tile-work as it exists to perfection on the Nakodar tombs.” But Sharif, though his skill could make a fortune, refuses to make the tiles because he is too lazy. Instead he wastes his talents on turning out simple domestic pottery and suggests the character of the camel in the Just So Stories who lived in the middle of a howling desert because he did not want to work.

Even an apparently banal account of the visit of a travelling entertainer to Lahore has, for Kipling, creative potential. In a January 1885 report, “Mr Hudson’s Surprise Party”, Kipling tells his readers that the itinerant Mr Hudson has been to Lahore before. He then casually drops in a reference to “the painful reminiscences connected with his last visit”, tantalisingly hinting at nocturnal criminality – but not quite satisfying the reader with all the facts.

This technique, which invites the reader to fill in the gaps with horrific conjecture would also later be employed in his short stories.

The lines that are supposed to delineate firmly the boundary between journalism and fiction, become, in Kipling’s reportage, very blurred. His early journalism reveals his delight in observation and storytelling – but also an experimental approach to his writing that would by turns surprise, unsettle and beguile readers of his later fiction.