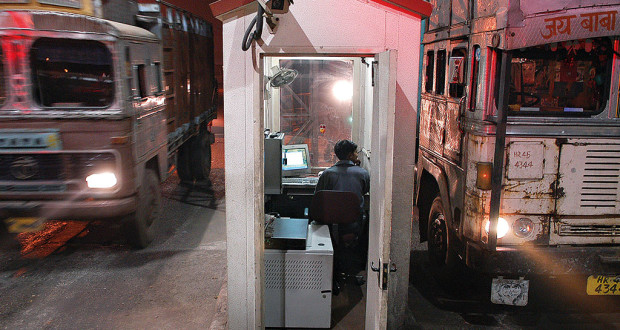 
The passing of the India’s Goods and Services Tax (GST) constitution amendment bill through the Upper House is not only a shot in the arm for the country’s economic growth and a historical reform in its tax system, it also presents some opportunities for Australian industries.

A proposal to bring more than a dozen different types of indirect taxes (that is, taxes on goods and services rather than on income, wealth or profits) under a unified system was mooted in early 2000 by Prime Minister Vajpayee of the BJP (Bharatiya Janata Party). The centrist Indian National Congress party, backed by the left parties, created hurdles in its passage since 2014 but current Prime Minister Narendra Modi’s political acumen finally brought them on board.

However, before the tax’s intended roll out on April 2017, it will need to pass following hurdles:

The rate of the GST is also yet to be decided. The Indian National Congress party wants a cap of 18%, while the ruling BJP doesn’t want any cap.

The finance minister has proposed a rate 17-19%.

GST rates are decided on the principle of “revenue-neutral-rate”, that is, when the rate is applied, it will not lower the current revenue of the states.

What will change with the introduction of the GST?

Three major changes are expected to flow from the introduction of the GST.

In the indirect tax system, taxes were levied at multiple points and locations. The type of tax means higher prices for everyone in the chain. There were also differential state taxes.

The GST avoids such anomalies and creates a single market and a single price which makes it easier to do business.

With a growth rate of 7.9% in the first quarter of 2016, India is the fastest growing large economy in the world.

The National Council of Applied Economic Research in India estimates that a full implementation of the GST could raise India’s GDP by 0.9 to 1.7%. This higher growth rate is expected to attract more investment (domestic and foreign) and to create more jobs.

In the GST system, a person can claim an input tax credit by showing evidence of a prior tax paid in the value chain. This is expected to bring more transparency in the system, curbing cash transactions. It would increase tax revenue and check corruption.

The GST is also expected to boost the real estate sector. The multiple taxes currently paid by the developers will be replaced by the GST, reducing costs. Similarly, construction costs may fall due to cheaper inputs (for example, cement, steel) improving affordability to home buyers.

In the automobile sector, SUVs, two wheelers (scooters/motorbikes) are likely to become cheaper along with car batteries. Manufactured goods such as television, water heaters, and air coolers will also become cheaper as multiple taxes are replaced by the GST.

Services (for example, dining out, travel and branded jewellery) are envisaged to become more costly as the GST will be higher than the combined taxes they currently pay.

What will be the consequences for Australia?

Australia introduced a GST of 10%, modelled on the European Value Added Tax system in 2000. It is one of the lowest in OECD countries, because the income tax rate in Australia is high in comparison. Several areas are free of GST in Australia, for example, health, education and food.

The GST changes in India offer several opportunities to Australia. Demand for cement and steel will rise if India’s real estate sector expands and coal, the major export of Australia, to India could pick up further.

India is Australia’s fifth largest export destination with total merchandise export of more than A$10 billion in 2015, while imports from India were about A$5 billion.

It will also create opportunities for Australia to export mining equipment, technology, and services to India. The mining sector in India will expand to meet the higher demand for coal and other minerals as construction and the general economy grows after the GST.

In the automotive sector, research and development, collaboration with local manufacturers, technology transfer, provision of services such as design, process re-engineering all offer opportunities. India has recently raised foreign direct investment cap in defence, civil aviation and pharmaceutical sectors to 100%. Australian expertise could cash in as manufacturing in these areas picks up with the impending GST regime.

The growing economy of India will also need efficient financial services. The Reserve Bank of India announced that applications for banking licenses would be accepted anytime which means Australian banks can apply for a licence as and when it suits their business strategy.

Similarly, Australian companies could benefit from the lift in the foreign direct investment cap in the insurance sector from 26% to 49%. The financial advice sector is at a nascent stage in India and offers opportunities for Australian expertise under a unified tax system.

Areas such as agro-processing, soil management, storage and handling and logistics are in high demand in India but not tapped by Australian business yet. Refined patrol, a major import of Australia from India, may become cheaper, while jewellery may become expensive.

Overall, the GST opens up many opportunities for Australian business to expand in one of the large economies. This may shift some of Australia’s China focus. It’s time that Australia engages with India more to tap the opportunities.