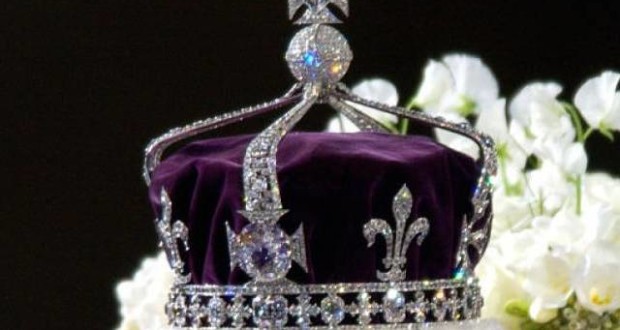 NEW DELHI – India’s Solicitor-General, Ranjit Kumar, recently declared that India would not seek the return of the Kohinoor diamond – one of the world’s oldest and most valuable – from the British, to whom India had “gifted” it. The statement shocked India and unleashed passionate debate – so passionate, in fact, that the government scrambled to declare that it still wants the gem back. But the government’s commitment to securing that outcome remains unconvincing, at best.

Kumar was responding before the Supreme Court to a suit filed by the All India Human Rights and Social Justice Front, an NGO, demanding that the government seek the return of the famed diamond, which can be found among Britain’s crown jewels.

He claims that the erstwhile Sikh kingdom offered the gem to the British East India Company in 1849 as “voluntary compensation” for the expenses of the just-concluded Anglo-Sikh wars.

Add to that the Antiquities and Art Treasures Act of 1972, which does not permit the government to seek the return of antiquities exported before India gained its independence in 1947, and, according to Kumar, the Indian government has no recourse to secure the diamond’s return.

The uproar that Kumar’s statement triggered has forced government spokesmen to backpedal furiously, asserting that Kumar’s was not the final official view. The Ministry of Culture announced that a claim will still be pursued. But unless Kumar is instructed to file a new deposition before the Supreme Court, his statements appear to have put paid to India’s claim to the world’s most fabled diamond. So the question is whether that should indeed be the final outcome.

The Kohinoor was first mined by the Kakatiya dynasty near Guntur, in what is now Andhra Pradesh. The Kakatiya kings installed it in a temple, which was raided by Delhi Sultan Alauddin Khilji, who took it back to his capital along with other plundered treasures. It passed into the possession of the Mughal Empire that established itself in Delhi in the sixteenth century.

In 1739, the Kohinoor fell into the hands of the Persian invader Nadir Shah, whose loot from his conquest of Delhi (and decimation of its inhabitants) also included the priceless Peacock Throne. It was Nadir Shah, or so legend has it, who baptized the diamond the Kohinoor, or “Mountain of Light.” One of his consorts memorably and colorfully stated,

“If a strong man were to throw four stones – one north, one south, one east, one west – and a fifth stone up into the air, and if the space between them were to be filled with gold, it would not equal the value of the Kohinoor.”

Upon Nadir Shah’s death in 1747, the diamond fell into the hands of one of his generals, Ahmad Shah Durrani, who became the Emir of Afghanistan. In 1809, one of Durrani’s descendants was obliged to cede the Kohinoor in tribute to the powerful Sikh Maharaja of Punjab, Ranjit Singh. But Singh’s successors could not hold on to his kingdom. The Sikhs were defeated by the British in two wars, culminating in the British Empire’s annexation of the Sikh domains in 1849. That was when the Kohinoor was supposedly “gifted” to the British.

The argument that the diamond was offered as “voluntary compensation” for the expenses the British incurred in defeating the Sikhs is ridiculous. For starters, the formal handover was conducted by the last Maharaja of the Sikh Empire, Duleep Singh, who was only ten years old – and most certainly was not given a choice. As I have pointed out to other Indian politicians, if you hold a gun to my head, I might give you my wallet, but that doesn’t make it a gift – and it doesn’t mean I shouldn’t get it back.

Compensation provided to the winners of a war by those they defeated is usually known as reparations, which are not entirely voluntary. And, in fact, many former colonies rightly argue that it is Britain that owes them reparations for centuries of oppression and looting. Returning priceless artifacts of cultural significance purloined at the height of imperial rule might be a good place to start.

To be sure, the Kohinoor poses a particular challenge, owing to competing claims. The Iranians say that Nadir Shah stole it fair and square, while the Afghans assert that the Sikhs forced them to surrender it. Now Pakistan has entered the ring, with the somewhat flimsy argument that the capital of the Sikh Empire, the undisputed last pre-British owners, was in Lahore. (They tend to gloss over the fact that, after decades of ethnic cleansing in Pakistan, hardly any Sikhs are left there.) But, given that the diamond spent most of its existence on or beneath Indian soil, Indians consider their claim self-evident.

For the British, however, the existence of contending claims is a major relief, as it helps the country to fend off a blizzard of demands to undo the manifold injustices of two or more centuries of colonial exploitation of far-flung lands. The British expropriation of other peoples’ patrimony, from the Parthenon Marbles to the Kohinoor diamond, is a particular point of contention, as conceding any one item could, the British fear, open a Pandora’s box of problems.

Indeed, on a 2010 visit to India, Prime Minister David Cameron declared outright that the Kohinoor would have to “stay put,” because “if you say yes to one, you would suddenly find the British Museum would be empty.” With Kumar having essentially taken Britain’s side on the Kohinoor issue, albeit for different reasons, nationalists like me are losing hope that we will get that priceless element of our heritage back.

Britain owes us. But, instead of returning the evidence of their rapacity to their rightful owners, the British are flaunting the Kohinoor on the Queen Mother’s crown in the Tower of London. It is a stark reminder of what colonialism truly was: shameless subjugation, coercion, and misappropriation. Perhaps that is the best argument for leaving the Kohinoor in Britain, where it emphatically does not belong.

Previous: Bangalored: Death of a Dream
Next: Britain votes to leave the EU, here’s what happens next