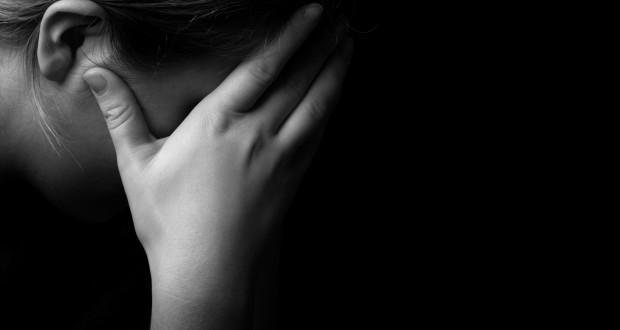 Women survivors of rape have to struggle against the system as well as the society’s cultural stigmas and taboos.

Khurda – She is a hardworking government school teacher and an attentive mother and wife today but she has been through her fair share of hell. The incident that changed Seema’s (name changed) life forever happened over 17 years ago on July 2, 1996.

She had just taken up a job as a social worker, fighting for the rights of destitute women. On that particular day, she was returning with her older brother and his friend to her village in Delanga sub division in Khurda district after attending a seminar in Bhubaneswar, Odisha’s state capital. As they reached Delanga square late that day they missed the mini bus that would have dropped them off to their village so they decided to walk.

“I had to attend an interview for a government job the next morning. It was only 6 pm and I was very familiar with the area, so I had no reason to be worried for my safety.

We were just a few kilometres away from our village when two persons came up to us and attacked my brother and his friend,”

Fearing that something was wrong, the young woman fled from the spot. But soon she noticed two other persons following her. They caught up with her and took her to a secluded place where her brother’s attackers joined them. From their conversation she gathered that they had severely injured her brother and she realised that they were planning to do something terrible to her as well.

“I tried to resist them but they were young and powerful. All four of them raped me.

I was screaming, shouting, but no one came to my rescue. Whenever I recall that incident even now, I feel that sense of outrage and start shouting to myself, ‘Why me? Why me?’”

laments the rape survivor, who is in her forties now.

Of course, the pain and the trauma did not end that fateful evening. That, in fact, was just the beginning of her long ordeal for justice. She had to literally fight not just the system but the society with its cultural stigmas and taboos. In those days, it was not easy for a woman who came from a small village to file an FIR. Her family supported her but everyone else, including the police, lawyers and the medical community, proved most unhelpful. Her father was clear – he told her that they have to fight back.

“When we have done nothing wrong, why should we be blamed?”

he stated. She filed the case and all the four accused were arrested and sent to jail.

When the case came up in the trial court bribes had been paid and there was immense pressure on her to step back.

“The accused happened to be the sons or relatives of some very powerful people. Local politicians turned up to force me to withdraw my charges,”

However, she forged on courageously – until her marriage in 1999. Thereafter, things became tougher.

“Being an Odia ‘bahu’, it was tough for me to fight as a rape survivor. My husband was supportive and had agreed to marry me despite knowing everything. But we live in an unsympathetic society.

Sometimes I feel I should not have married. I was burning with the memory of that attack on me every day and every night of my life. Even as late as 2011 they came in search of a mutual settlement. But what was there to settle? How could I forget that dark day in my life,”

asks this mother of two children.

“After the Delhi gang-rape incident, the Supreme Court had sent letters to High Courts across the country to expedite the trial of pending gang-rape cases in fast-track courts.

When I heard about this from a local journalist, I decided to file a PIL on her behalf to ensure that she is not denied justice. Rape violates a woman’s human rights and her security in society.”

In February 2013, the Odisha High Court sent a letter to the Khurdha Chief Judicial Magistrate Court asking it to take up the case speedily.

After 17 years of waiting, the survivor finally got a chance to demand justice. Remarks Sabitri Mishra, the then public prosecutor of the Khurdha Chief Judicial Magistrate Court,

“The entire court – even the defence lawyer – looked stunned when she narrated her side of the story. I even noticed tears in the eyes of some lawyers as she spoke.

The judge ruled in her favour and the rapists were sentenced to 10 years of imprisonment. Finally, after 17 years, she got some justice. I must say the woman is very brave and her husband, very supportive. This is really a victory for everybody fighting violence against women.”

Looking back on the days just after the incident, the rape survivor pointed out how women like her are often accused of inviting the crime upon themselves.

“People would ask me why was I outside at that time in the first place. It is as if they were accusing me of the crime. During the early days, I just shut myself away in a dark room.

Relatives, friends, acquaintances, they all stopped coming to our home. I was generally liked by people who had known me, but once this happened, everyone turned their backs on me. As a social worker I was fighting for the rights of women, but during that time I had lost the confidence to raise my own voice.”

Generally, violence perpetrated against women in rural India tends to get very little coverage in the press, although they too go through the same stress, fear and agony as their counterparts in the city. This survivor had to make a new life for herself in order to cope. She and her husband moved out of their village to a neighbourhood that did not know of the incident. She sometimes gets anxiety pangs over whether the rapists would seek revenge and attack her family,

Today, she sees herself not as a survivor but a crusader. Whenever she hears or sees a woman or girl being harassed, she rushes to help. She has even filed FIRs against those who harass women.

In her capacity as a teacher she educates her students about life and security. She says in conclusion,

“Life has taught me a lot. Whenever I see anyone harassing a woman I stand up for her. Whenever I hear or read about a gang-rape case, I just pray that such incidents come to an end some day.

As long as I am alive, I don’t want others to go through what I have gone through. Only rape survivors know what rape really is.”