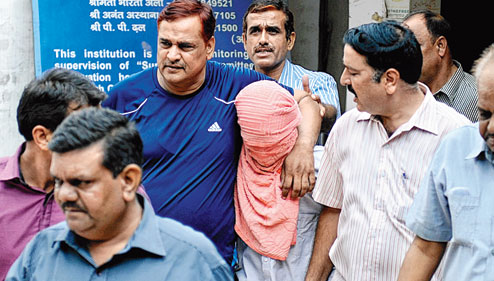 The juvenile accused in the Nirbhaya case outside the Juvenile Justice Board, Delhi

Increased awareness has transformed the reform system set up by the state for juvenile delinquents into an incentive for crime.

New Delhi: “Don’t talk too much to them. It can be dangerous. They are hardened criminals”, Ram Singh (name changed), an employee of Special Home for Boys on Magazine Road at Majnu ka Tila, forewarned me uncorking his IMFL (India-made foreign liquor) quarter.

I had bought the quarter in exchange for facilitation of my ‘incognito’ visit to the high-walled Home, which houses the highest age group of juvenile criminals. This was sometime in 1992. I was doing an investigative report on the state of affairs in Boys Home run by Delhi Government for a broadsheet then edited by late Vinod Mehta in Delhi.

Ram Singh introduced me to his colleagues as his distant cousin who was visiting him in Delhi and wanted to see the Home. Before leading me into the Home a little after 9 p.m. he once again cautioned me about the safety of my wallet, wrist watch and tape recorder hidden in an inner pocket of my jacket.

We briefly interacted with a group of boys many of whom looked like body-builders and street ruffians with bulging biceps and toughened features. Scars of their criminal history were scrawled on their foreheads, cheeks, jaws and other limbs.

They proudly recalled the rapes, murders and abductions they had executed before being caught by the proverbial long arm of the law. There was not a tinge of remorse in their voice. There were others who smugly talked of their pick pocketing expertise ever ready to exhibit their sleight of hand tutorial. The narrations sent a chill down my spine.

The weaker of them, it was apparent, faced the tyranny of the stronger. The latter were also favourites of the caretakers, vocational teachers (tailors, cooks etcetera) and private security guards deployed at the gates. The former cooked meals, cleaned and performed other daily chores in the observation home (often referred to as correction home) run by the Social Welfare Department of Delhi Government.

At one point I and Ram Singh were almost mobbed by a group of muscular boys. They looked threatening. We somehow extricated ourselves and dashed out of the place.

During my hour-long trip to the Observation Home, I got to know that the home inmates had access to drugs, something corroborated by Juvenile Justice Board later in 2010. The Board ordered opening of a de-addiction centre within the premises after it found that the addiction rate among the inmates was as high as 70 percent.

An incident in 2013 when Observation Home inmates drove out private security guards, set their beddings ablaze and pelted stones on Tibetan refugees residing in the vicinity from the roof of the home to press for their demand for better facilities also confirmed the violent nature of the juveniles lodged there.

The situation is no better in other observation homes for boys run by Delhi Government and Non-Governmental Organisations (NGOs). It is not different either at railway stations, around religious shrines, under flyovers and on pavements and in night shelters which are home to a large number of street children in the national capital.

Also the trend of rising incidents of crimes – rapes, kidnappings and murders in particular – involving the juvenile male accused in the country validate the fear that rehabilitation of teenagers is not working.

It endorses the demand that male juveniles, especially the ones accused of heinous crimes, should be tried under the Indian Penal Code (IPC) in normal courts and not Juvenile courts set up under Juvenile Justice (Care and Protection) of Children Act of 2000.

Ironically, the only juvenile accused in Nirbhaya nee Jyoti Singh rape case, will be completing his three-year remand in Majnu Ka Tila Observation Home on December 20.  He was aged 17 years and nine months at the time of the 2012 incident which arguably has no parallels in history when it comes to brutality and depravity.

It is obvious that the rapist was quite aware when he coaxed 23-year-old Jyoti Singh, a medical student, and her friend Awindra Pratap Pandey into the bus he was working on, beat them up and sexually assaulted Jyoti Singh along with five others in the rear of the bus.

To say that in 21st century, a 17/18-year-old is not aware of sexual crimes and their consequences is hyperbolic and needs to be corrected. The assumption is even unfair to the adolescents.

The increased exposure of teenagers to television, cinema and internet has definitely made them much more knowledgeable than what their counterparts were in the 1990s or before that. Is information not the buzzword in the computer age they live in? The age of innocence ended in mid 1990s.

To say that the juvenile accused of Jyoti Singh case did not have the mental capacity to understand severity of the crime and its consequences would be tantamount to pulling the wool over one’s eyes.

To say that he did not have a criminal intent when he abused and debased Jyoti along with his five other associates (four sentenced and one committed suicide in the jail) flies in the face of logic. He surely does not deserve blanket immunity which extends to other juveniles.

The juveniles raping minors and women and killing and kidnapping for money and other considerations has assumed epidemic proportions in recent months. Every day one hears or reads in newspapers of them abusing minor girls, boys and women.

Statistics available with National Crime Record Bureau (NCRB) show that 1989 rapes were committed by under 18 boys in 2014 vis-à-vis 1884 rapes committed by them a year earlier.

Considering that a large number of juveniles are pushed into the crime by elders in the families and gangs, who clearly wish to take advantage of the juvenile justice system in the country, the rehabilitation system has become a facilitator of crime rather than being a reformer. It has become an incentive for committing a crime.

Considering that there are umpteen examples of adolescents taking the lead in committing the actual crimes to exploit the law it is about time to reduce the age of juveniles to 16 at least in categories of heinous crimes like rape, kidnapping and murder.

One can also argue that the state needs to care and protect minors and women victims of the juveniles as well.  After all, do the minors and women not enjoy equal rights and right to justice under the Indian Constitution?

Are they less vulnerable than the juveniles? 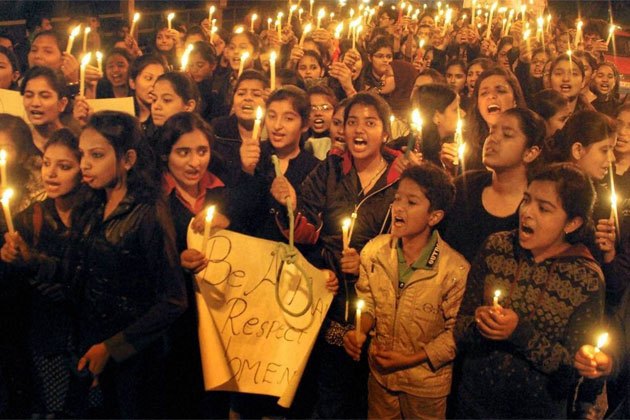 A message needs to be sent to the youngsters that ignorance of law and its consequences cannot be a justification for brutality and depravity towards minors and women.

It seems that the Parliament committed a mistake when it enacted Juvenile Justice (Care and Protection) of Children Act 2000 and increased the age of juvenile males from 16 (stipulated in 1986 Juvenile Justice Act) to 18 to put it at par with juvenile females and make the administration of criminal justice juvenile-friendly.

It is about time it corrects the mistake and lower the age of juvenile males to 16 again particularly for heinous crimes like rape, murder and kidnapping.

Previous: Commemorating the War of 1971: Vijay Diwas
Next: Gay Pride Should Be National Pride 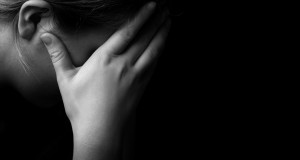