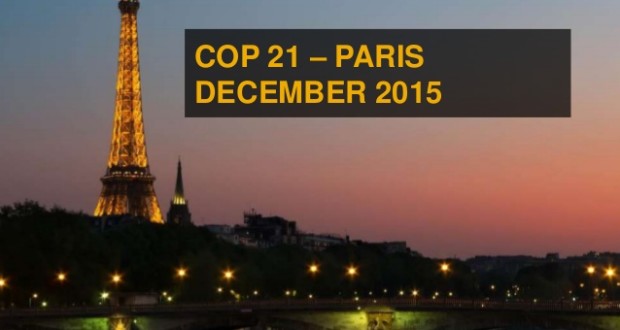 The Paris climate summit must go beyond mere declarations of intent

As the Paris 2015 climate talks get under way, the fear is growing that this international conference will be reduced to a simple list of good intentions. Current negotiations based on voluntary “intended nationally determined contributions” (INDCs) allow participants to make attractive promises and claim victory when, in reality, their primary use will be to keep the international community waiting.

The participating countries will do their best to ensure that their commitments can’t be compared with those of others, rendering them unverifiable and thus unconstraining.

The predictable consequences of this waiting game will be that the future level of greenhouse-gas emissions will be similar to those of a “zero ambition” agreement.

We need to tackle the climate challenge by using economic tools that take into account the “free rider” phenomenon, which pushes each country to let others make the efforts. Policies to reduce CO2 emissions impose costs at the local level, while the benefits are global and universal. Because of the absence of a common regulatory framework, the “free rider” problem is compounded by concerns about carbon leakage and the political will required to determine compensation levels during future negotiations. These issues can only be solved by the development of a coherent system of pricing carbon.

From our point of view, in the spirit of the “polluter pays” principle, it’s essential to agree on a uniform international price of carbon – one that’s both credible and reflects future environmental damage. According to the principle of subsidiarity, each country would be free to develop its own national climate policy by creating, for example, a carbon tax or a system for trading carbon permits at market prices (known as “cap and trade”).

The international agreement would then set a maximum level for global emissions and thus a tradable emissions ceiling.

Based on the principles of justice and redistribution, the poorest countries could be given free emission permits that they could then sell on the international market, while working within the same universal carbon price.

The WTO and IMF as cops

It would be unrealistic to believe that any system, whatever its nature, could be effective without the possibility of penalties for free riders. Previous efforts, such as the Kyoto Protocol, have shown the need for a regulatory body responsible for measuring and enforcing the pollution levels of the signing nations and that would be able to penalize those that didn’t respect their commitments. The strategy, known as “naming and shaming”, is an interesting one, but remains insufficient.

We propose the implementation of two tools built on existing institutions.

First, all countries are interested in exporting goods and, consequently, their competitiveness and international trade balance. The World Trade Organisation (WTO) should consider the failure of countries to meet their climate commitments to be the equivalent of trade dumping, and would thus impose punitive taxes on imports from those countries that don’t do their part in the fight against climate change.

The nature of the sanctions could only be decided collectively, as individual countries would gladly seize the opportunity to introduce protectionist measures. Such a policy would encourage reluctant countries to join the agreement and the development of a stable global coalition for the climate.

Second, a country’s failure to meet its present climate obligations should be borne by future governments – its sovereign debt would be increased by its carbon debt. The IMF would be involved in this policy. For example, in the case where a country exceeded its yearly emissions permits, that amount would be added to the public debt, using the then-current market price for carbon.

We recognize that the path to a credible and ambitious international climate agreement remains bumpy. But we also believe that it is essential to establish a universal carbon price, for it is the only guarantee of efficiency and credibility for our mutual climate commitments. We can no longer wait.

Previous: Child brides: every two seconds
Next: Is it the end of AIDS in 2030?