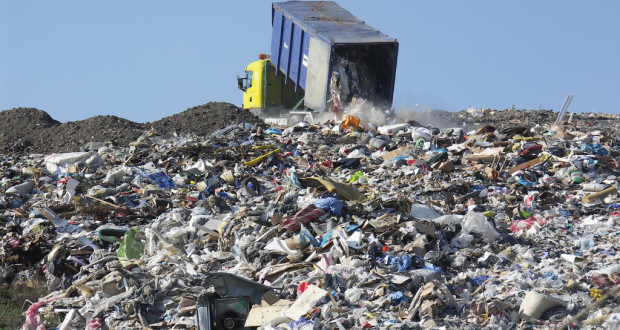 
More than a billion tonnes of potentially toxic, bleach-like waste is produced and piled in landfills every year, with often devastating effects. And yet most people haven’t even heard of these “alkaline wastes”.

We want to change this. Our research has identified nearly two billion tonnes of alkaline residues that are produced in the world each year, most of which can contaminate groundwater and rivers if not proper managed.

We should be doing much more about the problem – these wastes can even be put to good use.

Alkaline waste can be solid or sludgy. It mostly involves slags, ashes or muds formed as a byproduct of steel, aluminium or coal power plants, waste incineration or the construction industry. All these wastes are different, but what they have in common is that they rapidly create bleach-like solutions when they meet rainwater.

Often it’s simply stored in piles or sent to landfill. This isn’t safe.

The waste can form toxic dust that blows into the atmosphere, while rain that lands on top can filter through, picking up toxic chemicals and producing caustic “leachates” that can flow out into rivers and groundwater.

Alkaline leachates have a toxic effect on aquatic life (we wouldn’t want to swim through bleach, either). It raises the water pH and metal concentrations, and consumes oxygen.

Once this stuff has been produced it’s hard to stop. Steel mills can be a source of alkaline leachates even 30 years or more after closure. Water with pH higher than 12 (somewhere between soapy water and bleach) has now leaked from one chromite waste tip for more than 100 years.

It’s hard to determine the exact link between contamination and problems for plants and animals, but alkaline waste can clearly cause harm. Studies have found ash from coal plants has killed geese and made tree swallows smaller and less fertile.

Perhaps the most severe case of alkaline waste poisoning happened in 2010, when a dam failed at an aluminium refinery in Ajka, Hungary. This released a million cubic metres of “red mud”, a byproduct of aluminium production with a pH level of around 13 in this case – similar to oven cleaner. The red mud inundated 1,000 acres of agricultural and urban land and was transported more than 120km down the Marcal river to the Danube, “extinguishing” all life in the tributary. The flood drowned ten people and left many more with severe chemical burns.

Can we make it stop?

We can treat alkaline leachates through aeration or by adding acid to neutralise it but this is expensive. We need sustainable alternatives.

One promising proposal involves constructing wetlands in and around polluted sites, where the marshy ground, the plants and the associated microorganisms restrict the contamination.

Many attempts have been made to find ways of reusing these wastes but none of them are practical enough to stop landfill disposal. Alkaline wastes have been used in road construction, concrete, cement and plasterboard, for example.

Adding these wastes to the soil can reduce acidity, so usage as phosphate fertiliser is also common, while labs are testing whether it can be used in wastewater treatment.

All right junk in all the right places?

It can even help the fight against climate change. Chemicals in the wastes such as calcium and magnesium react with carbon dioxide and remove it from the atmosphere, storing it as a stable mineral. This form of carbon sequestration essentially mimics natural weathering processes and could be a safe and permanent storage option since only acid or extreme temperatures of 900°C or more can release this CO2. It could even help offset some of the emissions from the energy-intensive industries that create alkaline wastes in the first place.

In fact, if all materials that contain silica (cement, construction and demolition wastes, slag, ash and combustion products) were used for sequestration they could take 697-1,218 megatonnes of CO2 out of the atmosphere each year.

Red mud has already sequestered 100 megatonnes of CO2 worldwide from the late 19th century to 2008 – without the industry even trying. Boosting this number could allow for some real downward pressure on its emissions.

Maybe it’s time to get clever

Recent studies have shown alkaline wastes also contain large quantities of metals we would like to recover for recycling. Some are critical in terms of supply, or essential to new green technologies. For example vanadium, used in offshore wind turbines, lithium and cobalt for vehicle fuel cells, and rare earth elements crucial for solar power systems.

Previous: Displaced Burmese in India: Life As a Refugee
Next: Under 14 Football Captain struggles for proper shelter 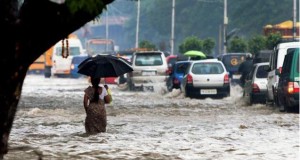 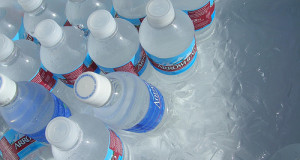 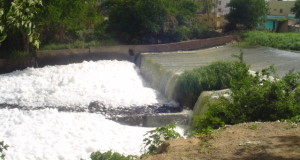