Home > News & Politics > Shiv Sena’s brand of politics: Nothing patriotic about it 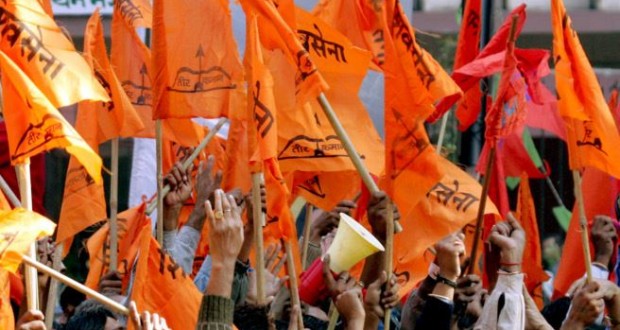 Shiv Sena’s brand of politics: Nothing patriotic about it

New Delhi: When Bal Keshav Thackeray nee Bal Thackeray launched Shiv Sena in 1966 through a massive rally in Shivaji Park he had several things going for him.

There was anger simmering against what Thackeray then called ‘Yandugunduwalas and lungiwalas’ (read South Indians) who dominated in white collar jobs over ‘Marathi manoos’ in the megalopolis. Thackeray himself had built up the resentment against migrants from Tamil Nadu, Andhra Pradesh, Karnataka and Kerala by turning Vatscha ani thand basa (read and keep quiet) into Vatscha ani utha (read and get up), taglines in his weekly columns in Marmik (from the heart), the weekly newspaper he floated after quitting Free Press Journal.

No political party other than Shiv Sena espoused the cause of employment rights of Maharashtrians by harping on Marathi sub-nationalism and ethnic exclusivity then. The field was wide open for Thackeray’s outfit.

Its call for boycott and vandalisation of Udupi restaurants, then identified as a symbol of South Indian dominance in Mumbai, had enough takers. South Indian migrants, being new entrants into the commercial capital of India, then stood out in the crowd.

What further bolstered Thackeray’s rabble-rousing brand of politics was covert support of then ruling Congress party in the state.

For Congress, it was good riddance.

Partly for Congress’ clandestine backing and partly for Bal Thackeray’s cult status, no state government dared to haul up the Sena supremo for his anti-South Indian and later anti-Muslim statements till July 25, 2000 when Thackeray was arrested for a few hours for his inflammatory articles. By then it was probably too late and too little.

But Thackeray and his Sena reached the saturation point for his chauvinistic appeal during his lifetime itself. The party could get into double figures in the Lok Sabha only after tying up with Bharatiya Janata Party in 1989. It only got to rule Maharashtra state in alliance with its saffron partner (1995-1999).

Today when Udhav Thackeray lauds his Shiv sainiks for blackening the face of former BJP leader Sudheendra Kulkarni over hosting former Pakistani foreign minister Khursheed Kasuri for launch of the latter’s book in Mumbai and threatens to walk out of his alliance with the BJP he has nothing going for him.

His attempt to sound more-patriotic-than-thou on the issue of Pakistan not just looks hollow but lacks potential for a sustained campaign to turn more people into Sena supporters.

His ‘bhumiputra’ ideology faces serious competition from his cousin Raj Thackeray’s Maharashtra Navnirman Sena (MNS) and Sharad Pawar’s Nationalist Congress Party (NCP – remember how the Maratha strongman projected himself as a son of the soil after breaking away from the Congress on the issue of Sonia Gandhi’s foreign origin).

Agreed terrorism exported from Pakistan is a sore point with a majority of Indians but it may not be easier for Udhav and his party to connect the issue with the release of a book written by Kasuri. 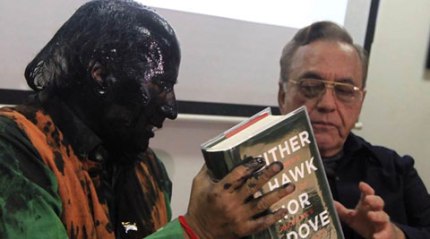 The whole world can make out how blackening of Kulkarni’s face by Sena hoodlums resulted into turning a non-event into an event. How the party made a mountain out of a molehill and became a tool in the hands of Kasuri in publicising his book ‘Neither A Hawk Nor A Dove’ in India and bombarding New Delhi with peace homilies.

To say that we will not allow organization of musical concert by a Pakistani musician like Ghulam Ali and release of Pakistani politician’s book in Mumbai till Indian soldiers get killed in exchange of fire between the two militaries on the border and Line of Control (LoC) sounds a little far-fetched.

Forget about the left liberals, the argument would not convince even layman in the country.

The issue does not have the potential to help Sena strengthen its monopoly on patriotism and subsequently, extend footprints across Maharashtra.

It has limited appeal to whip up nationalistic sentiments. It certainly is not the issue on which Sena can ride to be a Pan-Maharashtra force.

For good or bad, it would need the BJP’s hand-holding to stitch up a majority for ruling the state at least for years to come. 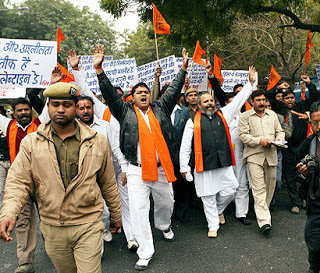 It would need a BJP in Vidarbha, Khandesh, Northern Maharashtra region and Marathwada to give the Congress and the NCP a run for their money. Remember, last year the BJP even bettered the Sena in Mumbai, considered a bastion of Bal Thackeray’s party along with Konkan for long.

It may be tough for Udhav to woo people in Maharashtra with parochial nationalism. The state and Mumbai in particular is a microcosm of India and may not be easily swayed by jingoism. One does not have to be a political pundit to know that Udhav is not even a patch on his father when it comes to oratory and whipping up emotions.

Bal Thackeray was a master in regaling (remember, how he imitated Sonia Gandhi and Manmohan Singh in public meetings), building up issues and provoking violent reactions from his cadre. Even Udhav’s cousin Raj Thackeray, whose party finished up with a solitary seat in the last state assembly elections, is considered a shade better than him.

I have serious doubts on whether Udhav Thackeray would be able to build a frenzy on the issue of Pakistan which is too far away from Maharashtra. I have doubts whether people in Maharashtra or in the country would forget easily the blackened face of Kulkarni addressing a press meet with Kasuri.

Shiv Sena would rather be inviting trouble if it pulls out of Devendra Fadanvis government. Not only would the party lose on an opportunity to raise resources the decision might also fuel dissent within its ranks. There is every likelihood that the government might survive with the outside support from Pawar’s NCP.

The BJP is unlikely to accord to Udhav the kind of respect it accorded to his father Bal Thackeray.

It is unlikely to concede status of big brother to the Shiv Sena unless the state party abjures its provincial approach and to begin with, learns to live in harmony with different ethnicities in Maharashtra.

Questioning Prime Minister Narendra Modi’s role during 2002 Gujarat riots may help the Sena score brownie points over the BJP but it would not help the tiger change spots and appear in a secular avatar.

For this, the party will have to grow out of the shadow of Bal Thackeray and devise a more harmonious relationship with people from other states living in Maharashtra and religions other than Hinduism.

Previous: I paid a bribe: how some citizens are fighting corruption from the bottom up
Next: Breaking Down India’s Internal Barriers 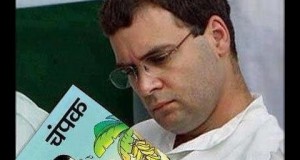 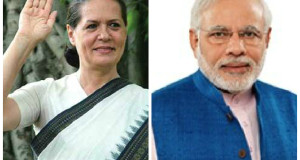 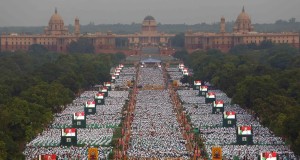