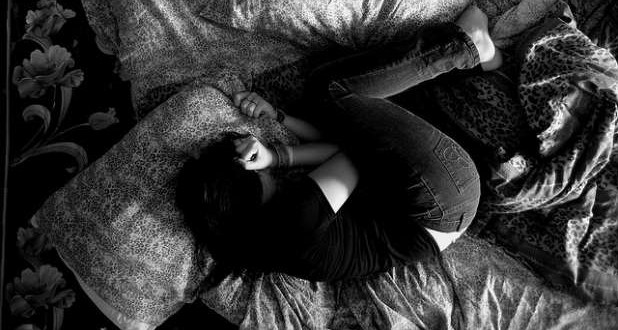 We cannot ignore the victims of sexual abuse for the sake of protecting a reputation | Credit: Flickr/Creative Commons (www.charismanews.com)

Last week there was an uproar from the Indian human rights lobby in general and women’s groups in particular when news broke about the abuse of 2 Nepali women used as sex slaves by a Saudi diplomat stationed in New Delhi.

The women, who had originally been promised employment as maids, had been imprisoned in the diplomat’s luxury flat, tortured, starved, raped, sodomized, abused and beaten. They were also forced to provide sex for the diplomat’s friends when he so commanded them. One finally managed to escape and alerted the police and a human rights NGO. The Saudi diplomat’s wife reportedly had the gall to verbally abuse the police who raided the flat.

Every major newspaper, magazine and TV channel broke the story in all its salacious detail. Sex, sodomy, Saudis. Definitely makes for titillating headlines; and TV anchors had a field day with viewers glued to the television.

Yet, the Saudi family, including the wife and daughter, who had done nothing to help the Nepali women, were allowed to fly out of India with impunity.

Even the police, incandescent at reportedly being slapped around by the diplomat’s wife, were helpless.

Was it diplomatic immunity that prevailed? Or Saudi wealth and the resultant effortless ability to oil every wheel that matters in the corridors of power? It’s a combination of many things. Remember, even Buckingham Palace lowered its flag to mourn the passing of a Saudi ruler.

Under the Vienna Convention, diplomats enjoy immunity from arrest, criminal prosecution and civil lawsuits in the countries where they are posted. Unless Saudi Arabia decides to prosecute its diplomat, little can be done under Indian law.

Why diplomats should be above the law of the land is a question all of us are asking. They are an arrogant breed, a law unto themselves, rarely helpful to citizens who need assistance abroad, even though they live off tax-payers’ money. Yet the Vienna Convention was drawn up so that diplomats could not be unfairly treated in times of crisis or war. So we cannot wave away diplomatic protection.

The treaty needs to re-examine the clauses where breach of serious international laws cannot be got away with lightly. Diplomatic immunity should not undeservedly protect a criminal such as the Saudi rapist in Delhi.

To expand further: if not for diplomatic immunity, no international woman diplomat would wish to serve in a country where she could be stoned for not covering up, or have her hand chopped off on a cooked-up theft charge. But shouldn’t there be limits to immunity?

Recently, a New York-based Indian diplomat abused this immunity to get away from US government charges. She was involved in a sleazy deal revolving around an underpaid domestic worker. She was also accused of visa fraud. Treating domestic workers badly is a classic Indian problem that the Indian middle class conveniently ignores, as hard-hitting journalist Ruchira Gupta points out.

Apart from the question of undeserved diplomatic impunity, the whole sordid, nightmarish incident brings us back to an issue the international community must address urgently. The trafficking of women and children. Everywhere, women and children bear the brunt of poverty. They are its first victims.

In times of crisis, during disasters such as earthquakes, tsunamis, famine and war, women and children are targeted for trafficking. They are there, before our eyes in London, Mumbai, Delhi, Goa, Burma, Thailand. In every corner of the world.

The 2 Nepali women made headlines briefly. Their story will be forgotten tomorrow. India has hundreds of thousands of trafficked Nepali sex workers. East European women are provided to the wealthy in Goa and Delhi.

Wave after wave of women continue to suffer. It never ends.