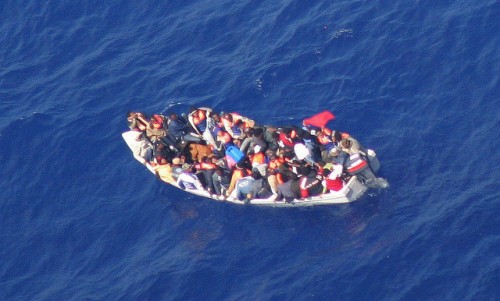 A boat overcrowded with migrants drifts in the Mediterranean sea | For representational purpose only - assena.com

The refugee crisis currently playing out across the borders of Europe has hardly escaped anyone’s attention. But imagine if the 2,000-plus bodies that suffocated in lorries and washed up on the shores of the Mediterranean were not from the Middle East or Africa.

Would the outrage be deeper, more vociferous? Would we be lobbying our governments to do more to help these people rather than to do more to make our borders more closed?

The UK’s foreign secretary, Philip Hammond, recently talked about “marauding migrants” coming to Europe and threatening our quality of life. In a similar vein, Jürgen Habermas – one of the most prominent and respected commentators on the question of Europe – has suggested, in his book Europe: The Faltering Project, that “the painful transition to post-colonial immigrant societies” within Europe is occurring alongside “the humiliating conditions of growing social inequality” associated with the pressures of globalised labour markets.

While the tone of the two statements may be different, they both frame migrants as somehow implicated in the decline of the welfare and social settlement within Europe, and for increasing social and economic inequality.

But there’s been pitifully little discussion of the desperate conditions elsewhere that force people to migrate – conditions historically created, for the most part, by European colonial powers.

Any attempt to address the problems associated with immigration has to start by recognising that labelling the people crossing the Mediterranean as “migrants” is part of the problem. Al Jazeera recently set out why it will no longer use the term “migrant” and prefers, instead, to talk about refugees. While I’m sympathetic to Al Jazeera’s critical position, I would make a rather stronger argument: that we must recognise our obligation to these people by virtue of our connected histories.

The gap in living standards between Europe and other countries is not a natural gap.

The economic motivation that drives poorer people to migrate has been produced and continues to be reproduced by practices emanating from richer countries, and by those same countries’ deficient understandings of their own global dominance. 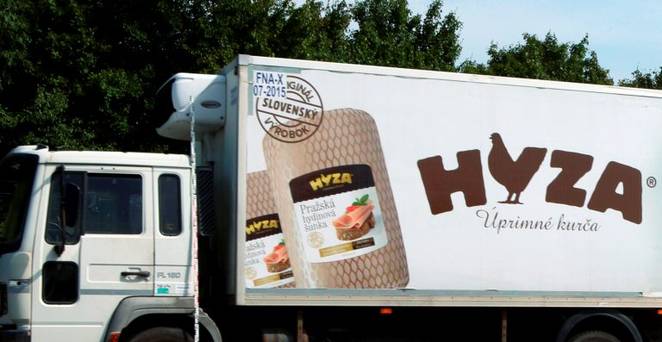 A truck found on an Austrian motorway with more than 70 people dead inside.

Europe’s relatively high standard of living and social infrastructure have not been established or maintained separate from either the labour and wealth of others, or the creation of misery elsewhere.

Migrants and refugees are by definition excluded from the history of the state as understood in national terms. That therefore also erases their own history of belonging to the political community that enjoys rights and claims upon that state.

That historical exclusion is in turn used to justify continuing to exclude them in the present, barring them from entry to those states and from sharing in their imperially acquired wealth and resources.

Our distinction between migrants/refugees on one hand and citizens on the other is based on a false version of history, one that draws a distinction between states and colonies whose histories are, in fact, inextricably entwined. We have to understand the contemporary crisis in the context of these connected histories, and to think of the histories of states and colonies as one and the same.

The failure to properly account for Europe’s colonial past cements the political division between legitimate citizens with rights and migrants/refugees without rights as members of the political community.

Although, of course, refugees do have rights established within international treaties, rights which many European countries are failing to recognise as part of a common European commitment.

If belonging to the history of the nation is what traditionally confers membership rights upon individuals (as most forms of citizenship demonstrate), it’s incumbent upon us to recognise the histories that would see refugees as already having claims upon the states they wish to enter. That would really open up space to take different approach to the crises we currently face.

If we want to see a different Europe that’s able to deal with a crisis of this magnitude in a genuinely humanitarian way, then we need to narrate the colonial past of its constituent countries and the implications of the colonial past in the very project of Europe itself. We need to acknowledge the imperial past as the very condition of possibility of Europe and European countries today – with all the rights, duties, and obligations to reparatory justice that that entails.

Previous: The End of Iran’s Islamic Revolution
Next: Requiem for the refugee 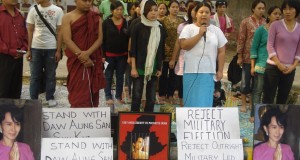 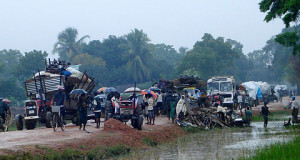