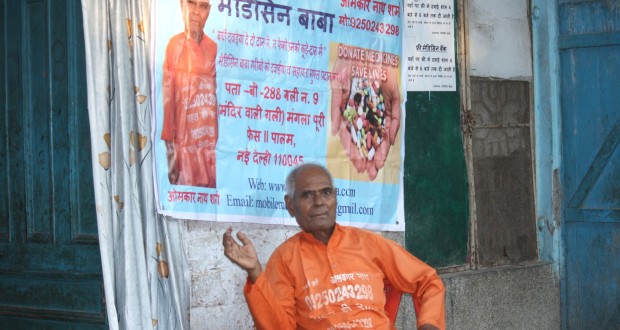 New Delhi: Omkar Nath Sharma (79) is a frequent sight in government hospitals and charitable dispensaries across Delhi. Wearing either a bright saffron or maroon kurta, grey trousers and bedroom slippers, Sharma is one-stop succour for poor patients getting treatment in Delhi. He collects unused medicines from door to door in different parts of the city and then distributes the same for free to patients admitted in government and charity hospitals.  He also distributes them from his medical store, located in a low income group (LIG) housing colony in Manglapuri of West Delhi.

He can be spotted almost daily in lodges and inns in the national capital where relatives of patients admitted in All India Institute of Medical Sciences (AIIMS) and other government hospitals from faraway states like Bihar and Odisha put up. Besides, Sharma is also a regular in temples and around households in Greater Kailash, R K Puram and other affluent colonies in the megalopolis.

His long kurta announces his objective to everybody in sight. 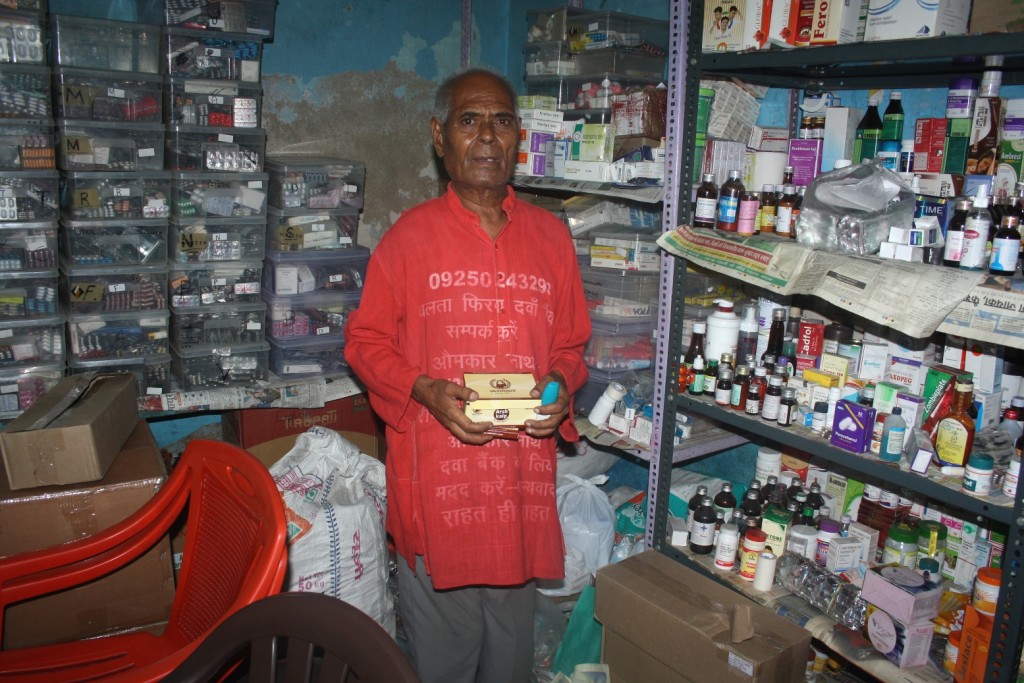 the kurta has written in white paint in front and the back along with his name and mobile number.

Over time his passion has become his identity pushing his name in the background as he says ‘medicine baba’ to every call on his mobile phone and hospitals around Delhi know him by the moniker.

Sharma, a former blood bank technician who retired in 2002, has been doing this since 2008.  A tragedy which occurred in Laxmi Nagar on Vaishali-Dwarka metro line in October 2008 inspired him to take to begging unused medicines. 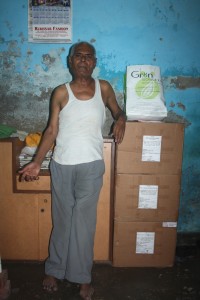 The septuagenarian remembers the day like it was yesterday.

“It was a Sunday. I was coming from Noida in early morning after meeting a doctor there. When my bus reached Laxmi Nagar I heard about the accident,”

A launcher machine joining the prefabricated concrete structures between pillars of the metro route fell on labourers working at the site. It led to death of two labourers and sent over two dozen of them to Guru Teg Bahadur hospital in East Delhi.

Sharma claims he followed the injured to the hospital. He found that the hospital had no medicines for the poor labourers and doctors there wanted the latter to buy medicine from outside.

“A doctor told one of the patients there are no medicines in hospital stock. Buy from outside”,

he recalls a conversation.

Over a week of introspection and Sharma decided to beg unused medicines from Delhites. He spent his first day in R K Puram Sector 1, a colony housing central government employees.

“Sahib log, would you care to donate medicines not being used by your family”,

he called from door to door leaving residents baffled. They were hesitant and yet he had his bag full by evening.

This became his daily routine. He would scour new colonies and settlements every day traveling by Delhi Transport Corporation (DTC) buses and on foot. In evening, he would check expiry date of the donated medicines and dump the invalid ones.

His wife Laxmi, son Jag Mohan and daughter-in-law Meenu detested the idea of him, head of their family, begging unused medicines from homes.

“I thought this would bring me disrepute at my parental place,”

Laxmi and Jag Mohan too were angry and worried about family honour. But once they saw poor patients lining up outside Sharma’s medical store, located next to their residence, for free medicine, the resistance gave way to empathy. 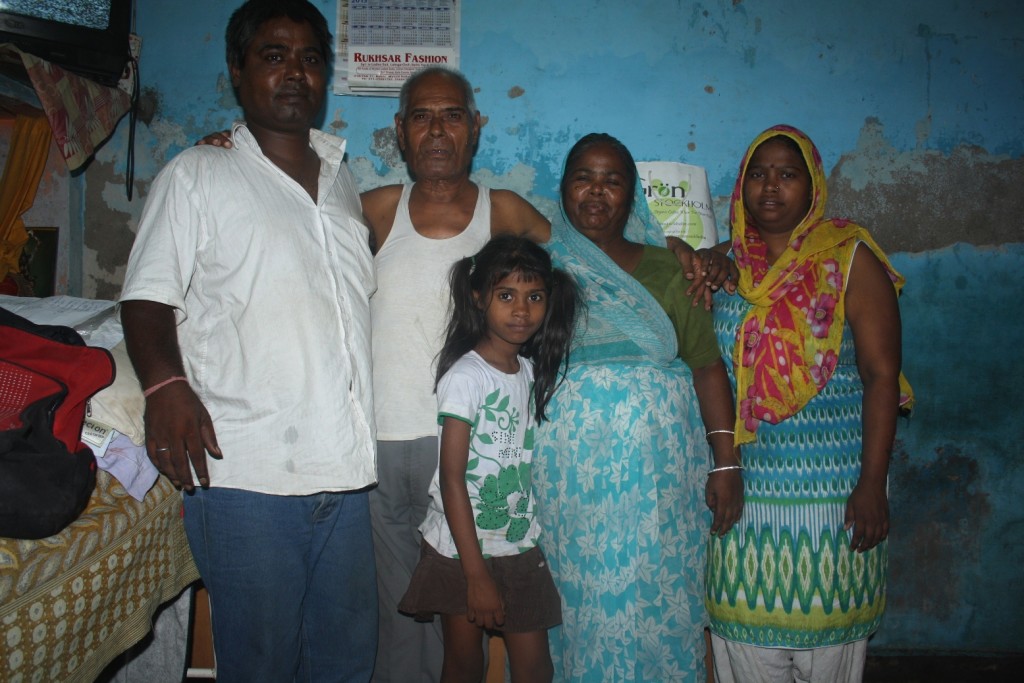 Sharma’s journey has been extremely tough because he has been disabled (toes face inward and there is bony growth above knee caps) since his youth when he had a major accident. The accident followed shoddy repair job at a hospital.

Today Sharma’s 8×8” medical store is choc-o-bloc with medicines begged from households and donated by private companies and bought from the donated money. There are also donated medicine cartons placed at his single room residence. He puts the worth of these medicines at over two million rupees. 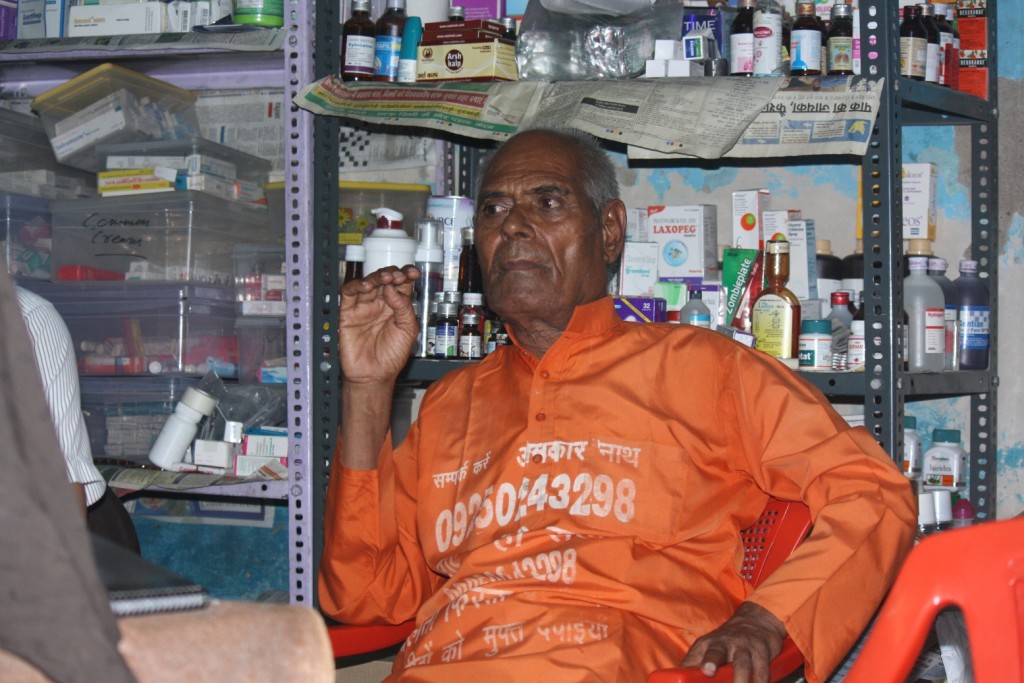 There is an unused medicine donation box parked outside his store. There are also boxes placed in half a dozen temples and two prestigious colleges (Janki Devi Memorial and Maitreyi colleges) of Delhi University.  Sharma says he collects a sack full of unused medicines from a box in Balaji temple in Vivek Vihar (East Delhi) alone every month. 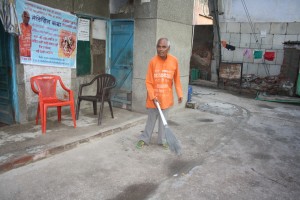 There are donors within and outside the country who issue him donation cheques and courier medicine cartons and refrigerators etc.

A donor from the Gulf, he claims, sent him a double-door refrigerator to store injections and other medicines.

“How long can I go around begging medicines? There are physical constraints”,

he asserts. His assistant Mohammad Shamim expresses the need for more space to house new medicines.

Sharma, originally from Udaipur (Rajasthan), also wishes to place donation boxes for unused medicine in banks and is currently negotiating with the branch of a nationalized bank. Sharma receives hundreds of letters from patients from across India for financial aid every year. Lately, he has even started rerouting some of these cases to Prime Minister’s Office (PMO).

“A patient named Afroz Alam needs Rs. 6,32,000 for the treatment of liver cancer. I have taken up his case with the PMO”,

Dozens of government hospital doctors have issued appreciation letters to Omkar Nath Sharma and advise their patients to get in touch with him for free medicines. Jyoti Garg, an Assistant Professor in the neurology department of Ram Manohar Lohia hospital, credits him for giving antiepileptic drugs to her department in bulk. 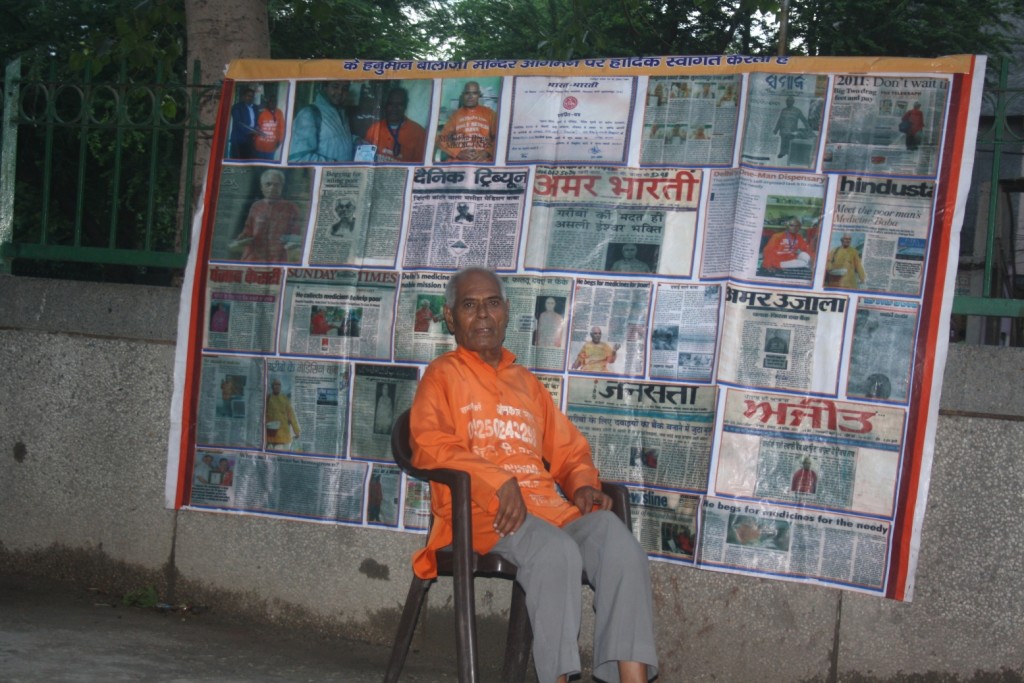 Garg also recalls having received some costly injectable medicines from him. Lalima Singh, a doctor in Sanatan Dharma charitable dispensary in Rajinder Nagar, also claims to have been a recipient of Sharma’s largesse. 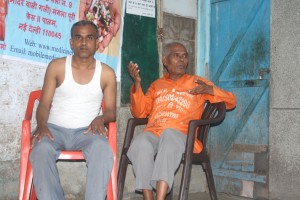 Rajesh Yadav, a factory worker, whose younger sister Pooja has been undergoing treatment for tuberculosis in National Institute of Tuberculosis and Respiratory Diseases in Mehrauli for four months, says he has taken free medicines from Sharma twice till now.

Yadav, who is originally from Arrah (Bihar), says he was referred to medicine baba by a nurse after doctors threatened to discharge his sister from the hospital for lack of medicine.

Yadav who lives in a rented accommodation in Shahdara’s Vikas Nagar, reminisced.

Dharmikant Pandey, father of Manjit, a boy waiting in AIIMS for hip replacement, also claims to have received free medicine from Sharma.

“I got medicine from baba but still need over seven lakh rupees for the operation of my son. I have written to the PMO but been told to wait”,

Pandey, a native of Barauni (Bihar), who is currently putting up in a dharamshala in South Delhi, regrets.

Previous: This Village in India Plants 111 Trees Every Time a Girl is Born
Next: It is Nitish Kumar Vs Modi going by #NKLetterToModi trend