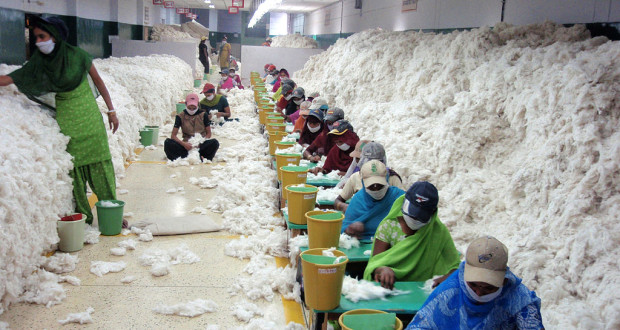 I always associated cotton picking with songs from the American deep-south. It conjured up visions of poor people, mostly African Americans. We associated cotton picking with southern slavery in America. Never with India. Inexplicably, given I have clear memories of detailed geography lessons about India’s agricultural patterns and cotton-growing states.

My lack of awareness on this particular issue is shameful to me because I’ve been an activist-writer for decades, covering adivasi rights since the 1980s. So why did I read and write so little about India’s cotton-picking children?

Perhaps because child labour is still so rampant in India and the cotton fields lie beyond the gaze of the media. People working on dalit rights or women’s rights barely cope with their own huge workload; it’s difficult for the average NGO to do much on issues beyond their particular working area. So many dreadful atrocities simply don’t make headlines.

I first became aware of the issue from reports by the India Committee of the Netherlands, an international group committed to working on dalit, children’s and labour issues and confronting corporates and policymakers.

Yesterday, I read an update on the status of child labour in relation to the cotton-picking industry.

The update states that ‘almost half a million – mostly dalit and adivasi – Indian children are working to produce cottonseed. Around 200,000 of them are below 14 years.

This is one of the shocking results of the new study “Cotton’s Forgotten Children” by India’s long-term expert on the issue, Dr Davuluri Venkateswarlu.’

Equally shocking is that the number of children working in the cottonseed fields has increased by almost 100,000 since 2010.

Children below 14 constitute around 25% of the work force. Another 35% comprise children between 14 and 18 years of age.

The report criticizes Indian state governments, especially those of Gujarat and Rajasthan, for ‘not paying serious attention to tackle the issue’ and ‘being in the denying mood’. It also states that the ‘response of the seed industry as a whole to address the problem of child labour is minimal’.

The report concedes that transnationals like Bayer, Monsanto and DuPont, some local companies, government agencies, the United Nations Children’s Fund (Unicef), and a few NGOs have all tried to help reduce the number of young working children. In Andhra Pradesh and Tamil Nadu there was a significant decline, of 42% and 69% respectively, of kids working in the seed fields. But because of the increased cotton-growing acreage, the numbers of children has increased by 70,000 since 2010 and the number of young children by almost 30,000, notably in Gujarat and Rajasthan.

Many are almost bonded labour. Their parents accept a lump-sum payment and the children must complete contracts. Often children are forced to drop out of school to supplement family income. They work 8 to 10 hours daily and are paid wages far below the permissible official minimum. The same goes for adult women.

This despite a December 2012 report, ‘Wages of Inequality’, also produced by the India Committee of the Netherlands. Large companies shirk responsibility by contracting the work out to exploitative intermediaries with no qualms about minimum wages. They don’t understand why child labour is wrong. It’s a completely Dickensian scenario.

There are thousands of NGOs doing excellent work on child rights. Unfortunately, there is so much to do that several groups of exploited children languish unnoticed in tiny pockets of our country. The Indian press constantly throw up horror stories of human rights abuse. But we need an effective national campaign to make people sit up and take notice.

We continue to pay lip service to the issue of child labour. I think more trustworthy NGOs, (unfortunately many are not) need to create reputable child rescue centres where children can be brought to safety. We still see little boys working in cafés and small eateries everywhere.

I think the issue has finally begun to gnaw at people’s consciences both collectively and individually. But most people do not know a local ‘Childline’ to turn to, or what exactly to do, nor how to protest when confronted with a working child. A huge awareness campaign, a really effective news blitz, is desperately needed.

Over to the people working on ‘Child rights’.