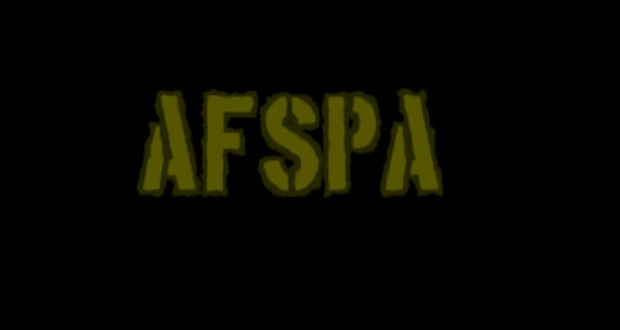 Tripura’s Manik Sarkar government’s decision on revoking AFSPA recently was much hailed in public and intellectual circles. However, the ripple effect as expected was the fresh revival of the incessant demand for revocation of AF(JK)SPA in Jammu and Kashmir.

It is being said that the controversial law in Tripura was revoked through consistent efforts by the State government on the basis of decrease in militancy (violence) related incidents. Hence, it is now expected that the Tripura precedent should pave way for Mufti Mohammad Sayeed led PDP-BJP coalition government to get the law repealed – fully or partially – from less vulnerable areas.

For impact assessment, there are a few questions that are still unanswered:
1. How often has AFSPA been used by Armed Forces as a shield against violation of Human Rights and other aberrations?
2. Is it the excessive politicisation of the issue in the State by the mainstream as well as the separatist ideologies which keeps AFSPA tussle always fresh?
3. Why is it that people still view AFSPA through the prism of past and as a symbol of constant oppression?
Considering these, it will not be incorrect to maintain that irrespective of the merits and demerits of AFSPA, the act has been highly politicised and therefore perceived as a draconian law.

Perhaps the Centre and the Armed Forces have not done enough to explain the real essence of the act or the fact that despite the act in place, what measures have been adopted to ensure that there is no misuse of the act.

The Army has, time and again said that over 97 per cent of the allegations made against them turned out to be false and action has been taken against those who erred. However, there has been no proactive effort to substantiate these claims. Trust deficit and sustained enemy perception among masses have also played a disastrous role, thereby sustaining confusion and distrust of the law.

Adding fuel to the fire, the Defence Ministry finds it appropriate to blatantly opine that the law is a must if army has to operate in the State.

This perceptual difference, particularly the conflicting views on AFSPA, negate other friendly efforts of the army undertaken to bridge the army-civilian dichotomous. As peace permeates through the minds of the people, the demand for dividends of peace including scrapping of the law, even if partially, as yet another people-friendly step, is increasing.
People-friendly voices also opine that AFSPA revocation should find space in Prime Minister’s promise of delivering Insaniyat (humanity) and Jamhooriyat (democracy) in the State of Jammu and Kashmir.

However, security experts maintain that before analysing the arguments and counter arguments, it will be appropriate to look at similar contemporary provisions existing in other countries. Besides, the ground reality remains that though insurgency has come down in certain sensitive areas and active militancy has declined, the intensity of threats across the border has remained constant.

Having seen the provisions adopted by various countries for dealing with insurgency, it will be apt to analyse the views of Army on AFSPA and its repeal. The Army somewhat seems to believe that AFSPA is neither as draconian as it is being made to look nor has it been used in the manner as it is projected.

The Army maintains any excesses that may have taken place in the past have been verified and actions against erring personnel have been taken as per the law of the land. However, for reasons of empowerment, morale and fear of excessive caution on part of the troops operating under life threatening conditions, such a provision is important.

A general opinion is held that considering the magnitude of the perceived false allegations, it will be impossible to handle the cases without having serious implications on operational efficiency and morale. However, with the rising consciousness of human rights the very language of the law is considered offensive and treated by civilians as simply against human rights.

Arguments about dwindling number of active militants and counter arguments about the uncertainty of turbulence continue to occupy the mind and media space of Kashmir, albeit, without much clarity of thought and action but just a sea of perceptions.

AFSPA Tussle: Some Questions
Why was the law enacted is not difficult to answer. From 1989 onward Kashmir witnessed law and order collapse and the circumstances in the State turned so grave that Army had to be called in which needed enabling legal provisions like AFSPA.

The question of why is it considered draconian, simply citing certain acts of excesses and mishandlings by the Armed Forces justifies the label. The question of who does it suit to label it draconian, not only all those who like to whip up the emotions of the public for their vested interests, but those who suffered under its garb.

Given the labels it clearly seems that AFSPA supporters have failed to portray the act correctly. The question also arises whether the Army and the Centre has lost the perception battle on AFSPA and if so, why? We know that the main protagonist in the perception battle is the Army, which is pitted against host of key players like mainstream political parties and the parallel ideologies. But, should the Army take the AFSPA revocation debate as an attack?

The question also arises that can a fresh perception battle be undertaken on a different set of ideas? While sane minds understand excess of hue and cry on AFSPA as propaganda and politicization, they also acknowledge people’s suffering over past 26 years amid laws like AFSPA and PSA. It is because of this reason that a fresh debate is needed on the subject.

Also the pressing question arises that would a fresh legislation with less offensive language pass muster, along with a fresh label? Also the question of the Supreme Court’s Do’s and Don’ts on the subject, the SOPs of the Army incorporated in 1994 and the Force Ethos of formations may be used to dilute perceptions of the law being draconian. A clear explanation of all of these to the general public may lead to acceptance of the law.

The Army has been traditionally shy of media and therefore partially responsible for the lack of adequate knowledge of people about information, which could be game changing.

The last question is how much has the situation changed from 1990 when it was first enacted?

Is it sufficient to warrant removal of the law? The issues that need to be addressed at this juncture are not AFSPA itself. But, on a societal level, the radicalisation – especially of youth – that needs to be curbed.

At the political level, rehabilitation of ex/surrendered/released/retuned militants, development of opportunities, management of education, generation of more economic infrastructure, etc, must be addressed.

At the diplomatic level, India must use the diplomatic channels to force its hostile neighbour to shun terror as an instrument of foreign policy. Last but not the least, resolution of Kashmir issue as such is a must for lasting peace.

The State Government needs to enhance the capabilities of the Police and allied security agencies to take on the Public Order challenges. The question remains that how many times has AFSPA issue been discussed in the Unified Headquarters Meetings or Corps Group Meetings?

On the legal front, it is believed that the law was enacted based on the definition of ‘disturbed’, thus giving security forces a mandate and enabling powers to achieve the national security objectives.

There is also a feeling that an unnecessary hue and cry is for political diatribes and such a message has gone across and needs to be corrected. However, given the fact that Kashmir has already suffered for decades together sustaining peace and public relief is far more vital than any political rhetoric or AFSPA in itself.

Therefore, the Centre and the Army must adopt a pragmatic approach towards the necessity and possibility of revocation of AFSPA from the areas where it is no more needed. We must also acknowledge that any Act of this nature cannot remain in force forever and there will be definite fallouts of the prolonged continuation of the law on the society and even on the image of the Army.

Constant army-civilian trust deficit in Kashmir needs to be abridged, and that will only happen if the concerns of the people are addressed and at the moment the AFSPA issue is perhaps the biggest.

Amnesty international recently recommended the scrapping of the law in its report titled, “Denied: Failures in accountability for human rights violations by security force personnel in Jammu and Kashmir” calling AFSPA as the primary facilitator of impunity and stated that it does not suit a democratic country like India to have such an act in any of its parts.

Keeping the fallouts of the prolonged continuation of the law in view, it has been time and again maintained that AFSPA in the state needs a rethink given its tenure, relevance, past human rights violations, mounting public anger, crisis mishandlings and aberrations and constant army-civilian trust deficit.

Simultaneously, it is being argued by masses and analysts, that in case the uncertainty and chaos return, the Centre to reinstall the law. While Home ministry seems to be considering reduction in possible deployment of central forces in north-east states, it should not close its eyes on Kashmir.

Previous: Modi jibes make #SoniaGandhi trend big on Twitter
Next: This Village in India Plants 111 Trees Every Time a Girl is Born