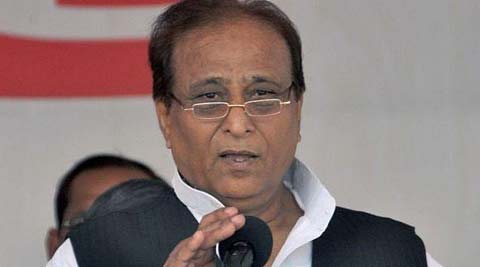 Uttar Pradesh Minister Azam Khan has built up a reputation for making news for all the wrong reasons. While he will forever be remembered for sending police in search of his lost buffaloes, on Thursday he made a statement that sent ripples of reactions across India, especially on Twitter. He said BJP is trying to orchestrate riots in every district of UP. The hashtag AzamKhan started trending on Twitter. PointBlank7 selects most humourous of them:

Everybody is thinking about his buffaloes

@ravishndtv So Azam Khan is ready to leave India, what about his buffaloes. Will the love story end so soon?

I think azam khan should not take rumours spread by his buffaloes too seriously.

Azam khan is trending.. i will just assume he did something stupid or something really funny. No in between.

Why Azam Khan trending today,, Has he again spoken something controversial or his Bhasiya fir se bhaag gawa 😛

@parmarsap for Azam khan this is the usual statement for his vote bank,every now and then

Twitter has become a medium for brashing at least one politician a day. Azam Khan has already over exhausted his chances.