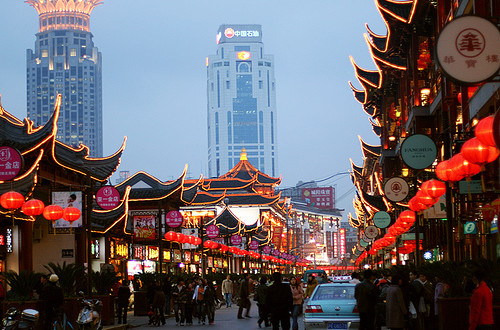 NEW DELHI – After gaining independence from Britain in 1947, India was something of a poster child for the virtues of democracy – in stark contrast with China, which became a Communist dictatorship in 1949. Until the 1970s, it was widely argued that, while both countries suffered from extreme poverty, underdevelopment, and disease, India’s model was superior, because its people were free to choose their own rulers.

With China’s economic boom, however, the counterargument – that a repressive political system is more conducive to development – has gained currency. But while China’s recent performance has been spectacular, India’s model may well stand up better in the long run.

The conversation changed after 1978, when China surged ahead of India economically, causing many to conclude that India’s chaotic democracy was holding back its people.

After all, if China’s leaders want to build a new six-lane expressway, they can bulldoze any number of villages.In India, widening a two-lane road could incite popular protests and be tied up in court for years.

That old debate has now taken a new twist with the publication of a new book by Daniel A. Bell, a professor at Beijing’s Tsinghua University. Bell argues that Chinese authoritarianism – specifically, its “political meritocracy” – is a viable model of governance, possibly even superior to the democracy of India and the West.

The economist and philosopher Amartya Sen famously demonstrated that famines do not occur in democracies with a free press, because their governments cannot ignore the suffering. Bell points out that China has also avoided famine, at least since the Great Leap Forward, and has done better than India on malnutrition. This, he asserts, proves that a government does not have to be democratic to serve its people effectively.

Democracy does not necessarily do that, so the “politically relevant question,” Bell says, “is whether democratic elections lead to good consequences.”

India debated this question 40 years ago, when then-Prime Minister Indira Gandhi declared a state of emergency. She suspended civil liberties, locked up opposition leaders, and censored the press, based on the belief that democracy had impeded India’s development. The issue was resolved in 1977, with an election that defenestrated Gandhi and restored democracy.

But the “bread versus freedom” dilemma remains: Can governments deliver economic growth and prosperity while respecting their citizens’ rights and freedoms? The dysfunction of Indian politics in recent years, with its fractious coalitions and disrupted parliament sessions, has made that question seem more relevant than ever.

I am not convinced that Bell’s answer is the right one. Rapid industrialization and development have lifted millions of Chinese out of poverty, but often at the cost of great human suffering. China may have grown at breakneck speed, but it has broken a lot of necks in the process.

One might like to contrast India’s sclerotic bureaucracy with China’s efficient one, India’s red tape with China’s red carpet for foreign investors, and India’s partisan politics with China’s Party hierarchy. But there is no doubt that India’s pluralist democracy has enabled it to manage its diversity superbly, giving all citizens the sense that they have a strong stake in their country – and a real influence over how it is run.

In fact, it is India’s large population of poor and disadvantaged citizens – not the elite – that lends Indian democracy its legitimacy. The poor turn out to vote, because they know that participating in elections is their most effective means of letting the government know their demands.

When they are frustrated with their government, they vote against its leaders in the next election, rather than launching revolts or insurrections.

By contrast, if China’s system faces a fundamental challenge, its only response is repression. That may have worked so far, but every autocratic state in history has reached a point where repression was no longer enough to ensure order and progress. If China encounters widespread popular unrest, all bets are off. The dragon could stumble, while the elephant trundles on.

Moreover, Bell’s perception of China’s meritocracy may be too optimistic. Given that the Chinese system is rigidly bureaucratic, permitting only gradual ascent up the career ladder, it is impossible for a young and relatively inexperienced but dynamic and inspiring leader – like, say, US President Barack Obama – to emerge.

China would not choose gifted leaders who were failures in their youth, like US Presidents Franklin D. Roosevelt or Abraham Lincoln. Rebels and non-conformists who have flourished in Indian politics – leaders like Mahatma Gandhi or Jawaharlal Nehru – would never have gotten started in China’s system.

Beyond China, Bell cites the success of authoritarian systems like Singapore and Taiwan. But these countries probably would have been at least as successful without authoritarianism. The methods they used to promote growth and development are consistent with democratic principles, to the point that many formerly authoritarian states in East Asia managed to carry out successful transitions to democracy, without derailing their development.

Finally, Bell’s view can be refuted by a simple observation: No population that has gained democratic rights has clamored for a return to dictatorship. That alone should be enough to prove that democracy is a strength, not a weakness.

China’s system may have enabled its rapid economic rise, but its dependence on a top-to-bottom consensus means that it functions well only in a predictable environment. India’s system, by contrast, requires consensus on only one point: that everyone does not always need to agree, so long as they agree on how to disagree. In an unpredictable world, that gives India an undeniable – and invaluable – advantage.