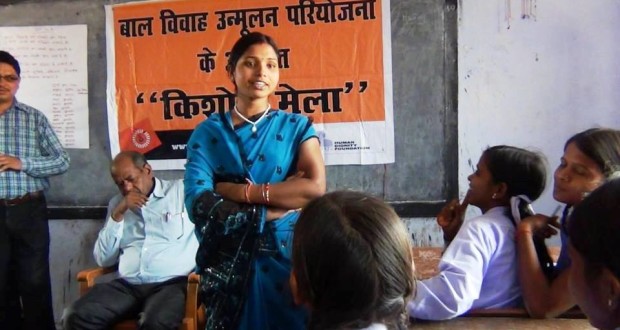 Priyanka Devi had won the panchayat elections hands down with the wholehearted backing of her husband and father-in-law, who helped her campaign and told her about the rules and workings of the system.

Ranchi (WFS) – Later she would hear how lovely the weather had been, how brightly the sun had shone and how the temperature had been just right that day. But when she had entered her husband’s village as a young bride in 2007, all she saw was a sea of faces. All she could think of was her new life that lay ahead: the relatives she had to make her own, the man who was now her husband, the children that would come soon… Not even in her wildest dreams had Priyanka Devi of Katkamdag panchayat in Jharkhand imagined that, in just a few years, she would become a much-loved and respected village leader.

The turning point came with an announcement in 2010 – that Jharkhand would conduct panchayat polls for the very first time that year.

“By then I had completed my graduation. Both my husband’s family and my parents greatly believe in the value of education and that enabled me to complete my studies.

When elections were announced a few male candidates were finalised from the village. However, as they made door-to-door visits asking for support I was filled with dismay. I wondered what sort of change could men, who were often found drunk, got into brawls, gambled away their wife’s jewellery, bring to our village?”

She often discussed this with her husband and her in-laws, much to the chagrin of her sisters-in-law, who understood little of how politics could impact women, and fumed when Priyanka displayed interest. Nonetheless, what followed just seemed to be fait accompli.

The family came to know that their panchayat seat was reserved for women, in accordance with the 73rd constitutional amendment. Since they were perhaps the only educated family in the village, including Priyanka, the community urged her to jump into the fray.

With the wholehearted backing of her husband and father-in-law, who helped her campaign and told her about the rules and workings of the system, Priyanka won hands down.

“Garnering votes,” she says, “was not the most difficult task even though I was expecting my second child at the time. The real test came afterwards.” 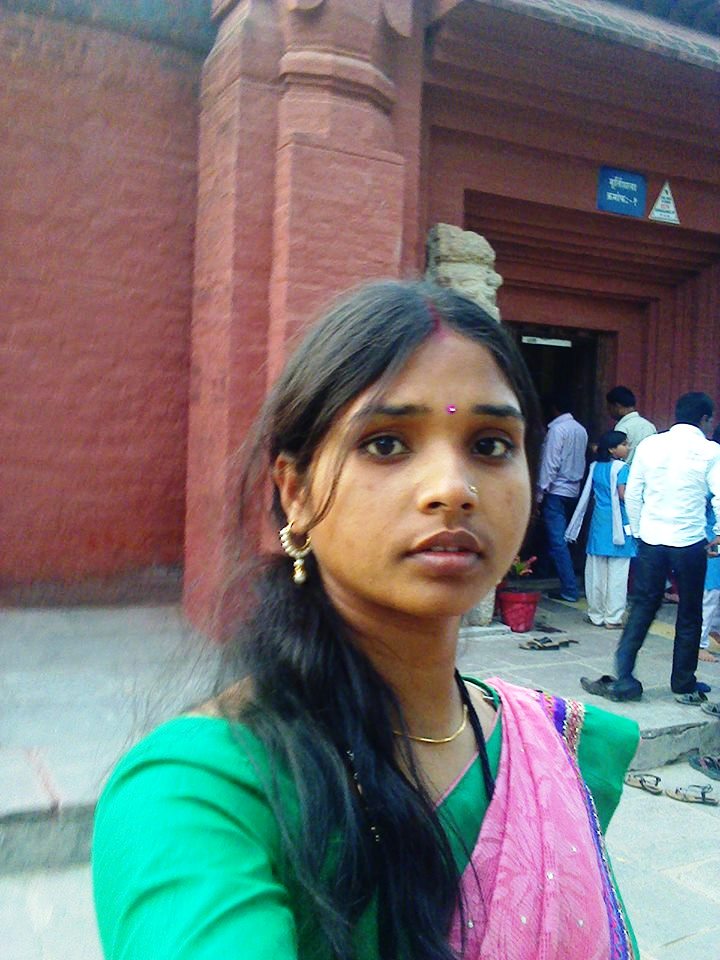 Boosting development and eliminating corruption in her village Katkamdag in Jharkhand are Priyanka Devi’s top priorities at the moment.

The initial days were not easy. Whereas she wanted to immediately get to the task of wiping out alcoholism from the village – it was her primary poll promise – she had no idea how to go about doing it.

Interestingly, what did work in her favour was the fact that in her panchayat six of the 10 wards had chosen women panches to represent them. With a majority of women in the decision-making position, Priyanka was chosen as the ‘mukhiya’, or head, and it was impossible for the men to dominate the proceedings.

Nevertheless, the reality was that the women did lack training to fulfil their duties. After all, this had been the first panchayat elections in the state after a gap of 32 years. It was her education and understanding that helped her navigate in the beginning, apart from a few necessary capacity building meetings organised off-and-on.

“It was tough to take control of things. The information and training provided was not adequate,” she states,

“The language was often incomprehensible and many of the other women, who were illiterate or semi-literate, were simply unable to comprehend the literature. In addition, we had to face the bitter resentment of the male panches, who felt they were being deprived of the absolute power they felt they were entitled to just because they were men!”

Despite the odds, Priyanka persisted along with her team of women. Thanks to her single-minded focus, she has been able to rid her panchayat of alcoholism, conscious of how negatively it affects women and children. 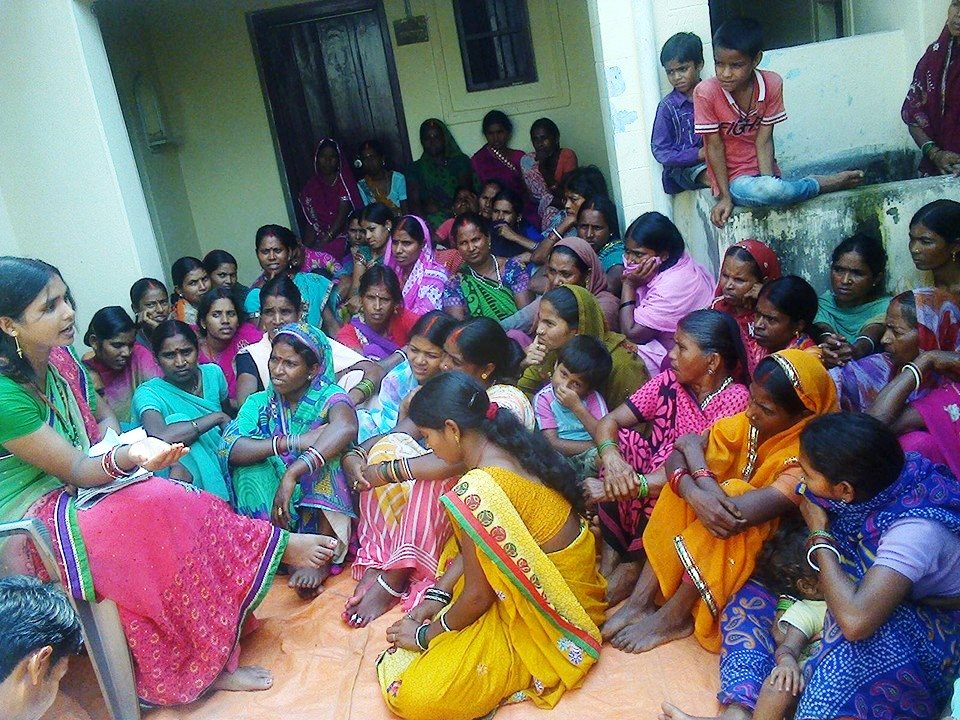 Priyanka Devi, Sarpanch of Katkamdag panchayat in Jharkhand, has made concerted efforts to wipe out alcoholism, secure healthcare and ensure financial stability by implementing state schemes, and, in the process, has earned immense fame and social standing.

“If men spend their earnings on drinks it leaves women scrounging to make ends meet. And when there are drunks roaming the streets, it prevents girls and women from stepping out of home to go to school or work. Further, alcoholism boosts corruption, which is unacceptable,”

Aside from this, Priyanka has made concerted efforts to secure basic healthcare, ensure financial stability by organising vocational trainings for women on mushroom cultivation and pottery, among other income-generating activities, as well as improve the quality of drinking water – all of which she has done by holding special gram sabhas.

“Boosting development and eliminating corruption are my priorities. It infuriates me to see poor villagers being forced to pay bribes just to get access to state schemes that they are rightfully entitled to,” 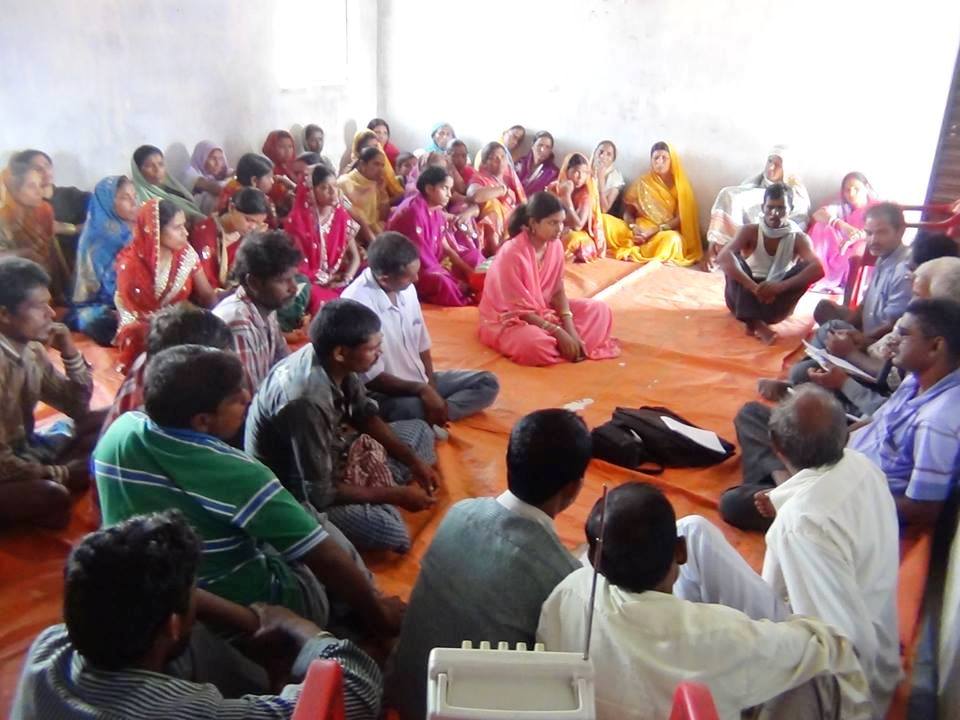 Priyanka Devi has worked towards securing basic healthcare and financial stability by organising vocational trainings and other income-generating activities for women.

“Priyanka got an opportunity to do all this good work because of the 73rd constitutional amendment, which mandated 33 per cent reservation for women in local governance. In most states it is now up to 50 per cent,”

remarks Dr George Mathew, Chairman, Institute of Social Sciences. While there are critics of the reservations policy, Dr Mathew feels that in an under-developed and unequal society, it is the only way to bring women into public life.

“Sustainable development is only possible if women are involved,”

“They think of building paved roads so that children can go to school, they think of ways to source drinking water with ease and proper sanitation and sewage to prevent diseases – all that requires local development. So, in a sense, reservation has played a critical role in eliminating backwardness.”

Indeed, a lot is left to be accomplished even now, but local self-governance in India has certainly come a long way. One look at how Firoza Bibi of Hatkhola village in West Bengal’s Nadia district has metamorphosed from a token ‘sarpanch’ to someone who can truly assert her powers is enough to present a clear picture.

She recalls with a smile, how she, a two-time panchayat member and one-time ‘sarpanch’, had started out as a mere proxy for her husband.

“I was made to contest because my husband had held the seat previously and did not want to lose it,”

“He asked me to put in my nomination papers and I complied. Later, too, I didn’t do anything – the campaigning was done by my husband and the relatives and once I was elected I did not participate in any decision-making. I was only called when my signatures were needed.”

“When women approached me for work under the MGNREGA, to take care of their health issues, or, most of all, to deal with marital discord and family problems, I would ask them to speak to the men and they would refuse outright.

‘You are our representative, you understand our problems, so solve them’, they would say. The responsibilities of an elected representative dawned on me slowly and I realised that I had the authority to take decisions on development work,”

Since power is usually addictive, very soon Firoza started enjoying counselling, delegating work, and planning and disbursing finances. Not only has Firoza taken to public service but, in the process, an entire generation of younger girls has been inspired by her.

If reservation has given women a voice, it has also created a competitive environment at the grassroots. Performance has become a deciding factor during panchayat elections.

“Women’s mandatory participation has certainly transformed the governance paradigm and led to a more productive panchayati raj system. All areas of social life, including human development, women’s empowerment, gender budgeting, and inclusion of the excluded, have been impacted positively,”

As for the elected women, although they can’t stand for re-election as per existing rules, once empowered they can never go back. Firoza concludes,

“I understand my rights as a citizen, I vote for those who are competent and then hold them accountable.”

And that’s the only way democracy can deliver development to ordinary people.