Home > World News > Sports > Cricket’s Indian Premier League is in trouble, but popularity will see it through 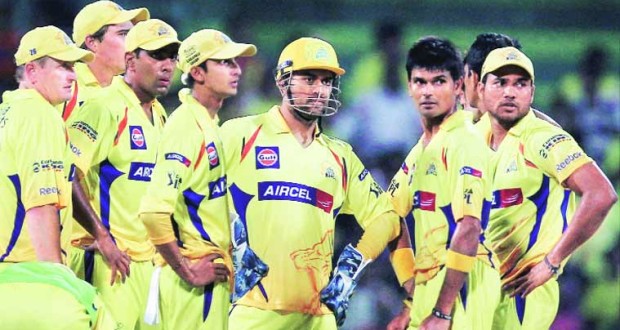 Just as one of cricket’s great spectacles, a Lord’s test match between England and Australia, gets underway, the sport in India has faced a day of reckoning. The suspension of two of the eight sides in India’s megabucks Indian Premier League (IPL) following an illegal betting and match-fixing scandal shows that cricket has a corruption problem, and is at something of a loss as to how to deal with it.

The IPL was born in 2008 as the new, bright, exciting face of 21st-century cricket. The great empire game, traditionally played over five days and where around 30% of all matches end in no result, was metamorphosing into a showbiz extravaganza.

Crowds in cricket-mad India flocked to see new franchise teams (with outlandish names such as the Kolkata Knight Riders and Chennai Super Kings) with the superstars of world cricket in their ranks play T20, a three-hour version of the sport where there was always a result. By 2014 the brand value of the IPL was around $7.2bn, up from $2.01bn in 2009. The league looked like a real success story.

But even before the recent two-year suspensions, the IPL was no stranger to controversy. In 2010 the IPL chairman, Lalit Modi, was suspended by the organising body, the Board of Cricket Control for India (BCCI), and in 2013 three Rajasthan Royals players and 11 bookmakers (including one former player) were arrested by the Delhi police for spot-fixing – performing in a certain way at a certain point in the game in return for money.

The fallout from these dramatic events led to the arrest in May 2013 of Gurunath Meiyappan, one of the top officials in the IPL’s most successful on-field franchise, the Chennai Super Kings. Meiyappan was also the son-in-law of Narayanswamy Srinivasan, then BCCI president and since June 2014, chairman of the International Cricket Council. The spectre of illegal gambling and moneymaking was getting dangerously close to the very top of Indian cricket.

The recent verdicts in the corruption scandal are not actually against the two franchises, the Rajasthan Royals and the Chennai Super Kings, but against their owners. Should these owners – Jaipur IPL (Royals) and India Cements (Super Kings) – sell their franchises, then the teams will be free to compete as normal.

Should they choose not to do that, then we are unlikely to see the sides again until 2018, when the suspension ends. The word “unlikely” is important here as the BCCI has to ratify the decision made by a panel that was appointed by India’s top court. In the murky world of India’s cricket politics, that is not a formality.

The question now is how can the BCCI clean up the IPL and how is the league going to move forward in fixing its now-tainted brand.

Retired chief justice Rajendra Mal Lodha, who chaired the panel that recommended the suspension of Rajasthan and Chennai, was not shy in speaking out.

“Disrepute has been brought to cricket, the BCCI and the IPL”,

he said. The BCCI said in a statement that it is “committed to ensuring transparency, accountability and cleansing the sport”. Fine words, but what will this mean in practice?

The sheer popularity of the competition means that the BCCI and IPL will have to move quickly to protect the tournament’s integrity. One potential sponsor, the $11 billion JSW group, has already gone public, stating that it is shelving plans to buy one of the IPL franchises (the Royal Challengers Bangalore). The “negative aura” around the competition was enough to scare it off. India Cements also saw its shares drop 6.5% the day after the judgments were passed.

Given the popularity of cricket in India, it is likely that the IPL will come through the brand management issues with the passage of time and the attraction of T20 cricket. So many people watching a sport they are fanatical about will ultimately see the IPL through these rocky times – providing these suspensions aren’t simply a sign of worse things to come.

The bad news for those in the IPL who really do want to clean the organisation up is that there are no technocratic solutions to its problems. Talk of accountability and transparency is all well and good, but the IPL has to be willing to take some tough medicine.

There needs to be more rigorous external oversight of both its affairs as an organisation and also those of the eight franchises. Much as is the case with football’s governing body FIFA, which has faced its biggest ever corruption scandal in recent months, warm words don’t really mean much unless independent sets of eyes can test out whether they are being translated into practice.

This is particularly true considering the sums of money involved. Superstar cricketers on the sub-continent earn well, but only a relatively small number of players fit into that category. The tantalising riches on offer for doing something relatively innocuous – bowling a couple of no balls to swing a match, for example – will always be tempting. The importance of education and of explaining how to see the telltale signs of corruption problems is the only way to help (often understandingly naive) players out.

The IPL will survive. The sheer scale of the enterprise and the popularity of its product will ensure that. But, one should never let a good crisis go to waste. Those that run cricket’s richest competition have a real opportunity to sharpen up their governance act and ensure that the IPL makes headlines for the cricketing exploits of the players involved and not the various shenanigans that currently plague it off the field.