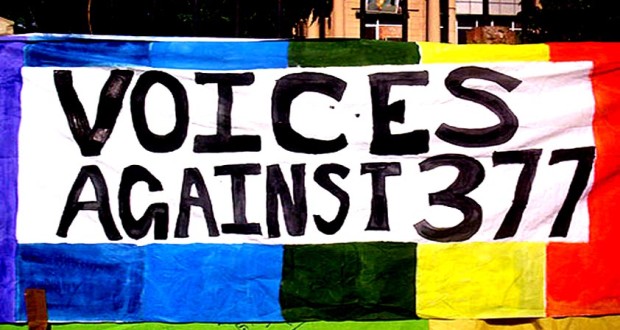 The Supreme Court order upholding the decision to consider homosexuality illegal as per Indian law was thought to be startling as it came from the most respected arm of the state – the judiciary.

One glance at this matrimonial that appeared recently in a prominent Mumbai daily and the first thoughts: ‘this must be a misprint; seeking a groom for a son, can that be right?’

Well, it may be a first of sorts, a traditional Tam-Brahm family openly looking for a partner for their son, but attempts like these may eventually lead to greater acceptance of homosexuals and their life choices.

While socially sanctioned same sex live-in relationship or marriage may be a distant reality in India, the reinstatement of the landmark 2009 Delhi High Court judgment that repealed Section 377 can certainly further the ongoing efforts at diminishing long-held social prejudices.

The Supreme Court order upholding the decision to consider homosexuality illegal as per Indian law is startling because it comes from the most respected arm of the state – the judiciary. India’s courts have long been regarded as the ultimate recourse for the citizen. So it is doubly shocking when this bastion of hope crushes the rights of a much beleaguered minority.

To uphold a judgment criminalising homosexuality and reinstating Section 377 of the Indian Penal Code is to define India as a regressive state. Where is its cultural heritage of mutual tolerance and compassion? Completely disregarded are decades of research as well as the demands of a large section of the Indian population to strike down that Section.

The Preamble to the Constitution of India begins with a phrase recited proudly by Indians on innumerable occasions. It goes:

“We the people of India, having solemnly resolved to constitute India into a Sovereign Socialist Secular Democratic Republic and to secure to all its citizens: Justice, social, economic and political; Liberty of thought, expression, belief, faith and worship; Equality, of status and of opportunity; and to promote among them all Fraternity, assuring the dignity of the individual and the unity and integrity of the Nation;…”

And yet the Apex Court, on which falls the responsibility of upholding the Constitution, has allowed a colonial era law continue to hold sway in the country. The very basis of imperialism, at its discriminatory best, continues to live on it seems.

The Supreme Court has ostensibly demarcated the line between the judiciary and the legislature. But it has never in the past been reluctant to step in and protect the little citizen: the one whose voice is crushed in the din of the more powerful or the majority.

There are many examples of the fiery and activist role that the Apex Court had taken upon itself in order to protect the weak or disenfranchised. The establishment of the powerful instrument of public interest litigation (PIL), where any citizen of India could make themselves heard, is the prime example of the court functioning as the keeper of the nation’s conscience.

The Lakshmikant Pandey v Union of India case, decided in 1984, wherein international adoptions were secured under correct oversight procedures is an example of the Court listening to the concerns of citizens.

The case of Vishaka v State of Rajasthan in August 1997, where guidelines were issued to ensure the safety of women in the workplace, is another case where the Court stepped in to fill a legislative gap and then maintained oversight to monitor progress on the guidelines as established by the Court.

Similarly, the entire jurisprudence with regard to environmental norms again owes a lot to the concern and alertness of the Apex Court.

Given this background, the fact that the Supreme Court has disassociated itself from overturning a law struck down as contemptible in almost all progressive jurisdictions of the world is disappointing.

Most countries that claim to have a tolerant ethos are making utmost efforts to erase all forms of discrimination against a much maligned minority. The most recent example of this was the 2013 legislation in England and Wales that allows homosexual couples to marry.

Yet India, with its tradition of tolerance on different sexual mores and with its principles of sexual equality, is now a flag bearer for a repressive law. This is not a question of personal preference alone but the message that the State sends of encouraging a blatant discrimination of a section of its population even while the Judiciary stands by.

The Supreme Court Order on the Vishaka versus State of Rajasthan begins with the statement:

“The incident reveals the hazards to which a working woman may be exposed and the depravity to which sexual harassment can degenerate; and the urgency for safeguards by an alternative mechanism in the absence of legislative measures.”

An order by this very same Court refusing to protect a group of people merely on the basis that it is the job of the legislature to do so seems to go against the very spirit of that earlier judgment. The Vishaka verdict roundly states that “right to life means life with dignity”.

Delving into the personal life and preferences of people who enter into consenting relationships as fully aware adults would be a violation of that very same right to life with dignity.

The crowing indignity is that the Delhi High Court in 2009 had recognised this infirmity in the law and had decided that Section 377 of the Indian Penal Code ran counter to the Indian Constitution, specifically Articles 14, 15 and 21, which guarantee the rights to equality, against discrimination and the right to life.

Therefore, to reverse this position, seems to violate every law of natural rights and the presumption of care that the Supreme Court had fostered in the citizens of this country.

The fact that the judiciary is working to minimise delay in trials, to expedite hearings and ensure undertrials do not languish unnecessarily in prison are all issues that observers took as hopeful signs of reform. Despite allegations against individual judges, the courts were generally held to be working in tandem with the people and protecting their interests.

The hope is that the wait to right the present injustice inherent in Section 377 will not take that long.

Previous: In A Bid To Save The Earth
Next: Young Zaiba Changes The Game For Children