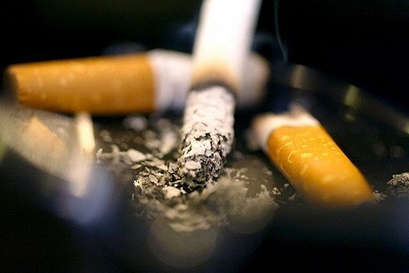 Once upon a time, a few decades ago, I actually used to buy duty-free cigarettes for friends who were over the moon about Dunhill, Benson & Hedges or Marlboro, all imported cigarettes then not available in India. Now I cringe at the thought.

The turning point came in 1984, when I met a 21-year-old adivasi boy whose arteries had completely hardened. He needed an amputation. My husband Stan carried the lad into the operating theatre and we both wept. Quite soon after, the boy lost his second leg and then committed suicide.

That sounds far-fetched and not very common. But we personally witnessed several tobacco-related amputations among adivasis. I’m not quite sure why. Perhaps it was the lethal effect of tobacco combined with a really malnourished body which triggered off the radical reaction.

In 1991, I met David Cohen, co-author of an anti-tobacco book called Giant Killers. David and his colleagues had fought huge advocacy battles against the tobacco lobby in the US. It was quite a revelation to listen to him. The enormity of the damage done by tobacco and the prevalence of tobacco-related cancer deaths, lung damage, enormous health costs – all to feed the industry’s profits, were clearly spelt out for the world to see. The problem was that neither the government, nor the industry, nor tobacco users wanted to listen.

Thirty years later, I am relieved and proud to see a similar battle being waged in India. The Institute of Public Health (IPH), founded by Doctors Roopa and Narayanan Devadasan, has a wonderfully committed team fighting for India’s health. The anti-tobacco campaign is just one of their many battles, but already some encouraging results have emerged.

IPH filed a public interest litigation in the Delhi High Court. Anand Grover (UN special rapporteur on health and human rights) argued the case. Unfortunately, the court did not issue a restraint order on the government. However, the litigation will go on, as IPH are asking for a structural (policy) solution to prevent tobacco industry interference in public-health policies.

IPH was protesting against the participation of the government at a public event hosted by a major tobacco company. They were pleased to note that the Ministry of Finance reacted to their protest. Media persons who phoned the Ministry were informed that the minister was NOT going to participate in the event. Interestingly, the event website that mentioned the minister’s name as a confirmed guest removed it. A tiny victory, no doubt, but it’s the incremental steps that lead to change.

Additionally, IPH discovered that the World Bank was funding the tobacco event and assisting government delegations from Asia Pacific countries to participate in it. IPH sent an email to the World Bank President, with a copy to India and South Asian regional directors, citing reasons – including the Bank’s own policy of not supporting the tobacco industry – why this was wrong.  Surprisingly, Bank officials responded, thanking IPH for alerting them to this gross oversight. They informed IPH that they have decided to withdraw funding and technical support to the event. Again, the event website pulled down its earlier acknowledgement of World Bank sponsorship.

IPH then reached out to tobacco-control advocates in the Asia Pacific region, whose government delegations had confirmed participation. The South East Asia Tobacco Control Alliance issued a press statement requesting regional leaders not to participate in the event at Delhi. The Philippines issued a separate statement confirming they will not participate.

The icing on the cake was when the Secretariat of the UN treaty (the WHO Framework Convention on Tobacco Control) decided to put it up as a ‘case study’ in its implementation database – civil society actions in India to prevent tobacco industry interference.

The team is jubilant. Although the end goal is to achieve the long-term solution of a policy framework, every little battle won is strategically necessary, and brings us all closer to winning the war.

To end the scourge of tobacco companies control on human lives.

Previous: Ghettoisation – nothing communal about it
Next: The Community Answers: Why are Men’s Rights Activists (MRAs) viewed by some as being violent, sexist, and full of hate?