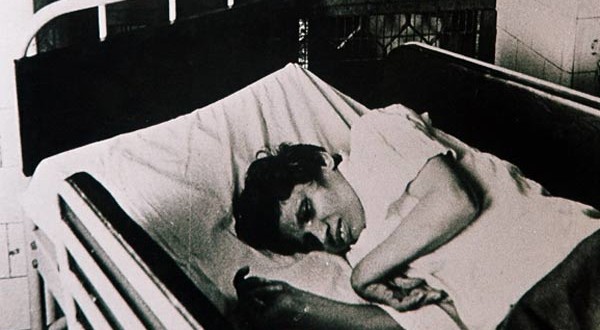 Aruna Shanbaug has passed away 42 years after she was brutally sexually assaulted by a ward boy, Sohanlal Bhartha Walmiki, while working as a junior nurse at the KEM Hospital.

Today as this news spread, reputed journalists, media houses rushed in to write about how Aruna Shanbaug’s case is a “fine example” of a landmark judgement on passive euthanasia and the different kinds of euthanasia procedures that currently exist. Informative posts, but did they once stop to think about her pain, her loss, her life?

No, Aruna Shanbaug’s journey is not “a fine example” like most media houses would like to quote. It in fact holds up a mirror to the kind of society we live in.

Aruna through her life and in her death held up a mirror that we have conveniently turned away our faces from- a mirror to a society which forgets very easily. A society which does not take very long to make a survivor a “case”, an “example” , a “landmark” judgement and moves on, remembering them only when the “case” again becomes “newsworthy”.

Aruna was raped in 1973 . Walmiki choked her with a dog chain, cutting off the blood supply to her brain and sodomized her. He robbed her of her earrings before going away . She remained in a vegetative state since then. She lost her speech and her sense of recognition. She lost a lifetime of companionship, peace and the ordinariness of being married and raising children – all in one decisive moment. Yet, for four decades, she clutched on to a semblance of life.Even as the debate on whether she should live or not took priority, the man who assaulted her and left her for dead walked out of jail in just seven years.

The debate today should not be on laws surrounding euthanasia, but whether the man responsible for her condition should have been let off with just charges of robbery and attempted murder?

We can never know how it felt like to be in Aruna’s situation. But, did we fail Aruna Shanbaug? Yes, we did. We have failed her constantly for four decades because our collective conscience failed to ask the right questions.

Why did the hospital authorities not register a case of rape?

Why was sodomization not equated with rape but as an ‘unnatural offence’ according to Section 377 of the Indian Penal Code? Why did the law treat it as any less offensive?

This man was never charged with rape and was set free. After serving his term, he changed his name and city and continued to work in another hospital elsewhere. It was Aruna who seems to have served a life term instead.

Aruna Ramachandra Shanbaug’s life is a horrific reality of India’s judicial system and its outdated laws which have not evolved with the lives of its people and she paid a price for it throughout her life.

Article 14 of the constitution guarantees that all people shall be equally protected by the laws of the country. However, even now, 43 years after this horrendous incident, there is still no law to ensure that there will never be another Aruna Shanbaug.