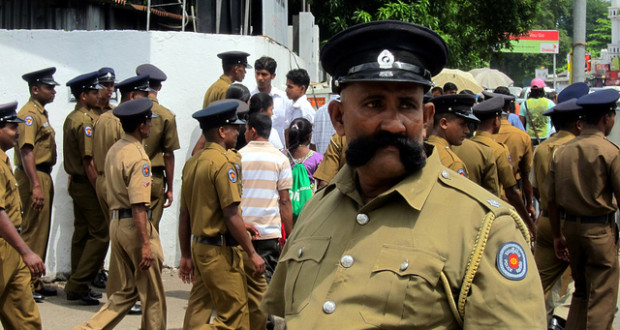 According to a study by the Bureau of Police Research & Development, Government of India, 90% of the Police Staff currently work for more than 8 hours a day.

The Police are often in the news for wrong reasons. Highhanded, corrupt, rude are some of the  things we associate with the Police. They are also at the receiving end most often. But it is also believed that Policing is one of the most difficult careers and a recent study by Bureau of Police Research & Development, Government of India (BPRD) & the Administrative Staff College of India (ASCI) reinforces this belief. The study throws light on long working hours of the force, man power requirements etc.

The study was titled ‘National Requirement of Manpower for 8-Hour Shifts in Police Stations’ was sponsored by the Bureau of Police Research & Development, Government of India. The study involved extensive field survey including as many as 12,156 police station staff, 1003 SHOs and 962 supervisory police officers from 319 police districts in the country, spanning 23States and two Union Territories. Some of the major findings are presented here.

The survey results indicate that nearly 90% of police station staff, across the states and across various police station types, presently works for more than 8 hours a day.

Further, according to more than 68% of Station House Officers (SHOs) and over 76% of the supervisory officers, staff members of their police stations have to remain on duty for 11 hours or more per day. 27.7% SHOs and 30.4% supervisory officers even reported that their staff worked for more than 14 hours a day. As if this is not enough, 73.6% of police station staff indicated that they were not able to avail weekly offs even once a month.

What makes the situation even worse is that most (over 80%) of the staff are commonly recalled to duty during their off time, to deal with emergencies of law and order, VIP bandobusts or other works. Nearly a half (46.7%) of staff reported that they were called in for duty, on an average, for 8-10 times in a month. A majority of SHOs also confirmed this trend.

According to the study, the following factors were identified as reasons warranting more than 8 hours of work

The study establishes the effects of undue physical strain leading to cumulative physical as well as mental fatigue for personnel.

Nearly three-fourths (74%) of the police station staff reported that the current working hour regime led to various kinds of health problems for them. A large majority (over 76%) of SHOs also felt that the current duty hour arrangement was deleterious to health of staff.

Most of the specific health problems enumerated by the staff respondents in this regard fall in the domain of occupational hazards and can be directly attributed to long hours on job. Since the health care system of government bearing expenses is normally is applicable to Police as well, it could well be the case that the Government would be spending more on these health issues than to have more manpower and operate in shifts.

The study also brings out that the current duty-hour regime is not found conducive by police station staff for attending to their personal or family needs and social life and commitments. 80% of the respondents responded with a yes for this question. Almost 82% of the SHOs either specifically agreed with this or preferred to evade the question.

According to the study, all this, in turn, takes a toll on the morale, motivation and self-esteem of staff. The overall frustration manifests itself in the offensive conduct and behavior with the public by many of them, which leads to erosion of societal image of the police and alienation of the public.

What could be done?

The study raises a very important question. If this inability to maintain a healthy work-life balance continues, it affects their morale and motivation, impacting their performance further. The overall frustration results in their rude and offensive behavior with the public.

Grueling and tedious work hour regime can also deter many otherwise right kind of individuals from making a choice for police profession, thus adversely affecting the quality of the manpower available for recruitment.

The study proposes shift system as an alternative model of working. Most of the respondents felt that shift system would be more conducive for the police and would also result in better work.

Calculated on the basis of averages of National Crime Records Bureau (NCRB) data on classification of police stations by sanctioned strength, during 2013, the total manpower sanctioned for all police stations, put together for the entire country works out to the tune of 6,75,115.

The study also notes that the requirement of extra manpower would get appropriately reduced once measures like much-needed re-engineering of some work processes of police stations, greater infusion of technology in police station work, as feasible, introduction of other force multiplier mechanisms and outsourcing of some of the non-core policing tasks are taken.

Are the governments hearing? Only time will tell