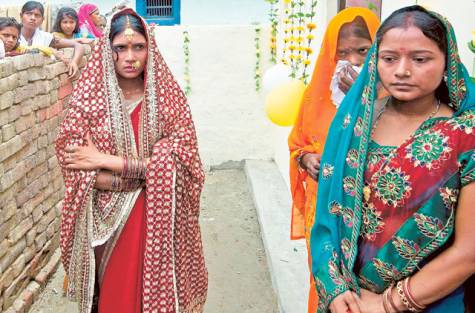 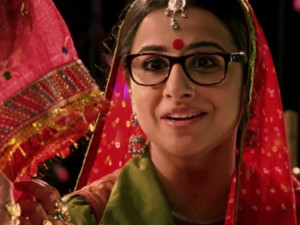 Bollywood actor Vidya Balan is the brand ambassador of government sanitation programmes. This is a clip from the sanitation ad.

Is India’s fair sex finally asserting its right to say no to nonsensical rituals, uncleanliness, darkness, domestic violence and insisting on equal partnership with men? Is a female uprising taking place in Northern India demanding ‘jahan soch wahin shauchalaya (Wherever there is thought, there would be toilets).’ the tagline of centre’s campaign for cleanliness?

Considering that all the seven incidents have taken place in Uttar Pradesh and Bihar which are considered male-dominated societies and where women have for long been relegated to a secondary position is change sweeping through lands which have been so notorious for honour killings, female foeticide and anti-women khap Panchayats?

Four of them happened in rural India where matches are still fixed by family elders and women play obedient wives and are not supposed to leave their in-laws house come what may. The rest took place in lower middle class settlements of cities and towns where residents and women in particular, make do with bare minimum of facilities.

Shakuntala Jakhar, Haryana President of All India Democratic Women Association (AIDWA), a women wing of Communist Party of India (Marxist) which has for long worked for women empowerment, admits having noticed a big change in the attitude of women in last few years.  Jakhar attributes the change to increased awareness and economic independence among them. For her these two are the drivers of change.

“Women are resisting domestic violence. People who treated their wives as commodities are finally on the receiving end,”

Besides the awareness and increased share in employment, women reservation in Panchayats, rebates in registration of properties and even electric metres in their name and share in parental property has encouraged the women to assert their rights.

A number of states including Bihar and Haryana have introduced 33 per cent reservation for women in Panchayat elections. Many others like Uttar Pradesh and Haryana give rebates if a property is registered in the name of a housewife.

West Bengal Government has introduced joint patta (ownership) of land in the name of husband and wife.

Gujarat Government on the other hand made it mandatory last year for Panchayat candidates to have toilets at homes.

Jakhar hopes that introduction of women reservation in assemblies and the parliament will further boost women empowerment. A bill for this has been pending in the parliament for last 18 years. 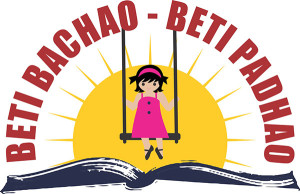 Central Government has aggressively campaigned for equality of sexes. Prime Minister Narendra Modi has launched ‘beti bachao beti padhao’ programme under which Women & Child Development ministry in collaboration with states has selected 100 districts across the country where the male-female ratio is extremely skewed against female.

The districts will campaign for women equality and weed out pre-natal sex determination clinics operating under their jurisdictions or in their neighbourhood. Una District of Himachal which borders Punjab, for instance, has even less than 500 females against 1000 males in 24 of its village Panchayats. The reduction in female number in Una is being blamed on sex determination clinics operating surreptitiously in Hoshiarpur and Ropar cities which adjoin the district.

Education leads to awareness about rights

A direct consequence of relentless campaign against female foeticide and for girl education is that Punjab University and Kurukshetra University, housed in Punjab and Haryana, states notorious for killing of girl child, have girls greatly outnumbering boys in post graduate faculties.

The number of child marriages is going down. At least this is what Babita Chaudhary, a Protection Officer of the AIDWA in Hisar District, claims.

“Child marriages have definitely come down. In March four such incidents were reported to us and this month we have been told about two such cases. Conversely the number of inter-caste and love marriages has gone up,”

Neelam Katara, a retired school teacher who became role model for many in the country for the way she contested her son late Nitish Katara’s case in the court against notorious politician D P Yadav’s son Vikas and nephew Vishal, calls the change a ‘step in positive direction’.

“The assertive woman has a lot to do with education and economic independence,”

Katara, who relentlessly pursued for conviction of Vikas and Vishal Yadav, is happy that women are becoming aware of their rights. She wants girls to know more about their in-laws and husbands before marriage. 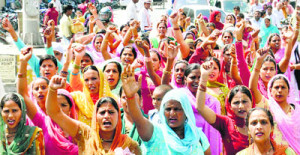 Women activists want state governments to open more skill shelters for housewives who want to come out of bad marriages. They also want the media and non-government organizations to do follow up of cases where women either storm out of their husbands’ houses for reasons of uncleanliness, domestic violence and other reasons or brides who snap their matrimonial alliances on account of their grooms being illiterate, sick or violent.

“There are many other women who want to walk out of domestic violence but there are either not enough shelters for them or no skills are being taught there,”

Katara is more interested in finding out how girls, who snapped their marriages on grounds of husbands being illiterate or epileptic, are looked at by the society and their relatives afterwards.

Previous: When life comes crashing down
Next: What Girls Are Good For: 20-Year-Old Nellie Bly’s 1885 Response to a Patronizing Chauvinist