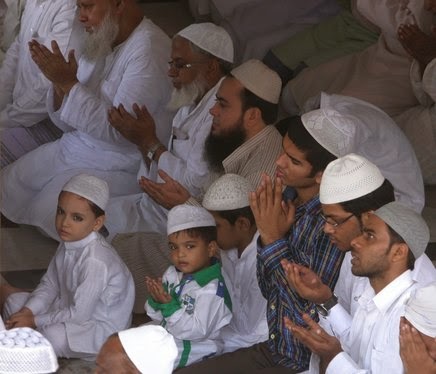 India’s Muslims are at fateful crossroads on the eve of General Elections as they face the predicament of breaking out of the mind-set and the political mould that they are merely “vote-banks” to be used and then discarded by their political secularists’ patrons.

On the other hand is the prospect of being part of the political mainstream of modern India and resorting to exercising their political vote based on individual preferences as opposed to ‘fatwas’ from religious heads who have been reluctant to embrace modernity.

Fortunately for India’s political future, more and younger educated Muslims both men and women are breaking free from the bondage of “captive vote-banks” imposed on them by their religious leaders.

They have tasted at first hand as they participate in India’s economic progress that the Indian State does not impose any impediments on religious grounds on their upward economic and social advancement.

In India’s business sector there are many captains of industry from the Muslim community and have turned out as fantastic success stories. They never demanded that they be extended “special reservations” to succeed in business. They rolled up their sleeves and took challenges to be vibrant members of India’s economy as anybody else.

The question then arises is as to which elements are creating false scares in the Muslim community and holding them back from being shareholders in India’s economic progress without “begging” for special reservations on grounds of backwardness.Backwardness is a state of mind and in the case of India’s Muslims this mind-set is being imposed by Indian political secularist parties for their narrow gains.

They restrain in multiple ways to keep India’s Muslims as a backward community because then only can they chant for political gains that special quotas etc. must be extended to India’s Muslims. It is not in the interest of these two elements that India’s Muslims break free from the political secularists straitjacket imposed on them. That would mark the end of their “captive vote-banks “which has been distorting India’s electoral arithmetic for decades.

Stressing and preserving religious identities is a natural human urge and there can be no objections to that from any Indian quarter. It becomes objectionable when religious identities are used as a political weapon and further to emerge as political playthings in the hands of political parties who only indulge in rhetoric without for decades contributing to the economic and educational upliftment of the Muslim community.

Nothing highlights this more and as a reprehensible move repugnant to all right-thinking Indians when leading Indian political leaders exhort Muslim leaders to prevail on the Muslim community to cast ‘en-bloc’ votes for a political party as by not doing so the secular vote would be split. The question that then stares in the face is whether the Muslims are the only secular bloc in the Indian polity? Surely this is communally divisive politics which would be repugnant to all Indians and the Muslim community as well. Such calls on the India’s Muslims amount to a perpetuation of Muslims to be type-casted in the stereo-typed mould of minority captive vote-banks.

Surely, it is time for India’s Muslims to break out of this rut and participate as equal partners in the economic progress of the Indian state and reap for themselves the economic benefits that the rest of India is reaping.
To achieve the above it becomes incumbent on the educated and progressive members of India’s Muslims Generation Next to enlighten the lesser privileged India’s Muslims of the dangers of continuing as political play-thing of Indian political secularists parties. India’s educated Muslims and those who have moved up the economic ladder to motivate the community to move ahead in an unshackled manner.

India watches expectantly as to whether India’s Muslims continue to vote as “minority vote-banks” manipulated by India’s political secularists or having witnessed India’s economic progress and the avenues open to the Muslim community to partake in that progress as equal partners. More pointedly, it is India’s Muslims Generation Next which has to make the right decision as they stand at fateful crossroads in General Elections 2014.

Previous: The Indian elections: what does “the Gujarat Model” really mean?
Next: BJP and its rhetoric manifest