Home > Writathon > LetsTalkChange > A voice from the hearts of brothels.. 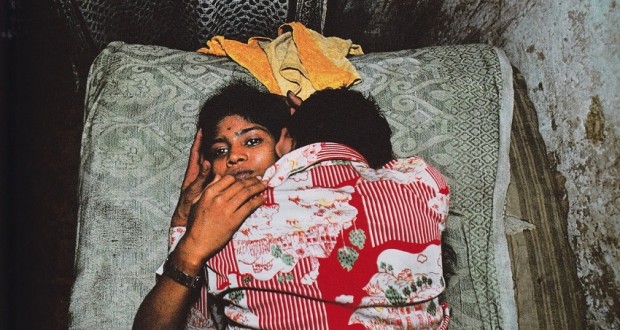 Brothels are not only homes to sex workers, brothels are graves of several dreams and aspirations, they are the cremation grounds where several hope, desires, futures are cremated every day.  In these cremation grounds a girl dies every moment, every second but there is no one to mourn over the loss.

There are several voices of various kinds which can be heard in brothels like of a little child weeping who is trying to find her mother, of a female screaming in pain, giggles of young girls and loud music. But still if you look closer into the eyes of these young girls, of that child weeping and that woman screaming you will be able to notice that horrifying silence which will not let you sleep.

I am 18 and yes, this is my home. I live in a brothel with my mother and my 3 sisters. My mother is a sex worker, a prostitute, a whore, a call girl. She is been working constantly for us ever since I remember. She works the whole day to get us manageable lives.Recently, I also joined the family profession yes, I am also a prostitute but an educated one. I have better clientele than my mother.I am writing this to take you through our lives and give you a perspective into what we do and why we do it?

My mother was sold here by her own father when she was 15 because he was an alcoholic. She still remembers fairly well when as a teenager, how dirty she felt when a man of around 45 years of age touched her for the first time. She was scared to the hilt and screamed throughout, but her voice did not reach anywhere. She was bleeding profusely that day and had bite marks all over her body.

After her first encounter she still remembers that she was lying on that bed for next few hours like a dead loath of meat. She had realized by now that this is her fate. Such encounters became too normal after a few months and by now she had accepted her life and had even started smiling, giggling and dancing with the other girls.

But her smile, those giggles were short lived because soon she realized that she was expecting. Though for a girl of 16 years of age, pregnancy is nothing but  freedom from the 9 months of menstruation, she soon realized that she will be responsible for a life in a few months. Obviously, she did not know who my father was and could not expect anything from anyone.

I can’t even complain because none of us children in brothels know who our fathers are and honestly we don’t even care because we are a result of their sexual satisfaction and nothing more. We understand very early in age what a sexual satisfaction is unlike other children of our age because that is the biggest reason of our existence. Coming back to my mother, she worked day and night to raise us, to give us education and a perspective in life. I am glad that now I can help her, as a year back I also joined this profession.

Looking back at my mother’s life and my future ahead I have several questions in my mind. Why do brothels exist at all? Who are they for? Why are we blamed for them? Why are we seen with that stink in the eye? Why are we not part of you all? Why are we an abuse, a taboo, a black spot to the society? Aren’t we the result of sexual desires of this society? Don’t we exist because you need us? Yes, we do paid sex but who pays us and who needs us at the first place?

So, finally one question, WHO IS TO BE BLAMED FOR THIS? Previous: “I had to contribute Rs 50 for a copying license”- Why cheating is becoming legitimate now?
Next: Why we should weep for the sparrow