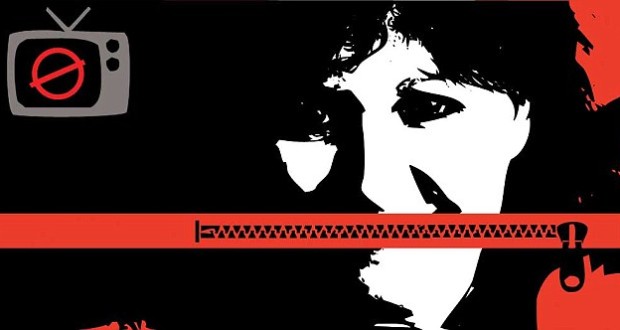 Bans changing discourse: Rape is no more the centre of debate

New Delhi:  Every time I would go to Prem Singh, a youth in my Mama (maternal uncle)’s village he had a new story of his dare devilry to narrate to me.

“I’ve not spared any of the girls in my neighbourhood,”

Singh, who was then doing his intermediate, would boast. Once when I referred to a particular girl who would brook no nonsense from boys in the street he said with a mischievous smile,

“I forced myself on her on one morning in her dung enclosure. She resisted and tried to shout but I gagged her with my palm.”

I lacked Prem’s audacity (or may be his talent for weaving fiction) and thus, admired him. I was not alone in the street and the village.

Our street, in fact, had many Prem Singhs who flaunted tales of their sexual misdemeanours on their sleeves. They were considered heroes in the boys’ club. Neither the boys nor the elderly in the village society bothered about what the girls thought of such hot heads.

The society instead looked down on girls who protested too loudly against violation of their bodies and minds. There was a girl in my extended neighbourhood who had resisted a predator, helped her aunt catch him and in the process became a target of ridicule and gossip all around. Frustrated with the taunts she faced she tried to commit suicide by jumping into a well. But the suicide attempt brought her further disgrace.

An elderly relative of mine once even warned me not to talk to the ‘immoral’ girl. I never quite understood why the brave girl should have been shamed in the village. I still do not.

But such were the norms in 1980s that nobody in the village sympathized with the victim. Enclosures where people would store their dung plates and tether their cattle were most unsafe places for girls in those days. Danger also lurked for them when they would go out in the dark to answer nature’s call, visit their fields to collect green fodder or return home walking through dark kutcha streets after attending celebrations in neighbourhood

It was a male-dominated society where boys’ families would look at rapes as minor transgressions by their wards. The society would not believe that a sexual assault could be possible without complicity of the girl. In case, the girl made her protest public it would be construed as a case of grapes having gone sour. People would say the girl made noise only after somebody spotted her with the boy.

‘Boys will be boys’

I fear not much has changed in our society over the years. I have least doubt that Mukesh Singh, the driver who was part of the gang which brutalized Nirbhaya in December 2012, hails from one such society which looks down on girl child as a second class citizen, which believes that she must be burdened with honour of the family and which prefers to let off sexual predators with monetary penalty or a rap on their knuckles.

When Singh justifies murder of Nirbhaya in interview on ‘Storyville: India’s Daughter’, BBC4’s documentary on Nirbhaya, he is simply voicing opinion of a patriarchal society where girls are the first to disappear or are bludgeoned to death every time an inter-caste, same gotra or within-the-village love affair is reported, where domestic violence is still the norm and where one still hears of female feticide.

It is a society which does not approve of girls working, going for films with their male friends or partying at night. It is a society where leaders condone rape by saying ‘boys will be boys’ and where wheels of justice move excruciatingly slow.

This is also a society where it is considered perfectly normal for men to drink and hit a woman and where domestic violence has sanction of powers-that-be. Union Sports Secretary Ajit Mohan Sharan, who recently visited Mahendragarh, a sub division he served in 1981 at the beginning of his career as a civil servant, got to know that violence against women had increased in the area.

Sharan, who visited the sub division on directions of Prime Minister Narendra Modi to find out what has changed there over the years, told this writer that increased intake of liquor could be one of the direct contributors to the phenomenon.

It is clear now that Singh comes from a rural background where women still  cover their faces in public, are supposed to take care of the households and cattle and do not not venture out without being accompanied by a male relative.

“She (Nirbhaya) invited the rape because she was out too late at night and would have survived had she submitted to the rape,”

seem to express a stereotype which has existed in certain backgrounds for decades.

The appeal of the accused in Nirbhaya case against death penalty awarded by a fast track court and confirmed by Delhi High Court has been pending in Supreme Court for a year. The apex court has reportedly not heard the case since July last year when it stayed death sentence awarded to two of the accused.

The trial of rape accused is not just a long-drawn process but often ends up being a harrowing experience for the victim as the accused’s lawyers force them to recount graphic details of the crime.

Recently, the finance executive who was allegedly raped by Shiv Kumar Yadav, a Uber taxi driver in December last year in Delhi, complained to a court that trial in her case was being delayed unnecessarily and lawyers of the accused were adopting dilatory tactics. She reportedly alleged that she was being forced to relive the incident time and again in the name of cross examination.

No gender sensitization in Bharat

The centre promised Nirbhaya fund in the wake of nationwide protests after the brutal rape and murder of the 23-year-old Physiotherapy student to increase security of women. It doubled the amount under the corpus to Rs 2000 crore in the recent union budget. But not much effort has been made to bring about gender equality in the society. Not much has been done to remove the gender biases which afflict almost all rural and semi urban societies. Not much has been done to improve gender sensitivity.

A large number of rapes particularly in the rural belt go unreported and Bharat witnesses much more cases of sexual violence than India. For instance, in 2012 out of 24,923 cases of rapes 21,888 were reported from rural India and small cities. Only over 3,000 got registered in metros.

Yet, ban is discourse, not rape

What is even more troubling is that with the ban on BBC documentary on Nirbhaya the discourse seems to have shifted to correctness of the film and freedom of the press. Questions are being raised whether Modi Government has given a body blow to article 19 of Indian Constitution which guarantees freedom of speech and expression in putting a ban on telecast of the documentary in India. It is also being debated whether Leslee Udwin and Dibang’s film takes liberties with what happened on the night of December 16, 2012 to attract viewers.

One can also hear voices allegedly outraged by a foreigner’s attempt to lecture Indian society on rape instead of writing about sexual crimes in her own backyard. There is a section of the social media which is particularly peeved with Udwin for having dared to hold mirror for Indian patriarchy. She is also being criticized for having revealed the real name of the victim.

Rape is no more the centre of the debate.

It never is except when a Nirbhaya gets brutalized either in Delhi, Rohtak or some other place or an alleged rapist is done to death in a part of country. Despite prevailing round the clock in every spectrum of the society, it comes out of the closet and make the discourse only when it is preceded or followed by extreme violence and depravity. Once the protest against brutality subsides the governments return to their routine and the rapists come out to look for their next prey.

No attempt is made to change the way the society looks at gender. No effort is initiated to tweak the education system which builds up more male icons and then female.

What should be a bigger concern is that despite the outrage over Nirbhaya and subsequent measures initiated by the central government including enactment of stringent anti-rape laws and increased security for women by installing CCTVs (Closed Circuit Televisions) in public places, the rape cases have not ebbed.

Nor has the spate of brutality against women come to end. Just last month a physically challenged woman from Nepal was gang raped and brutally done to death in Rohtak by eight accused. Haryana Commission for Women has demanded death penalty for the accused.

In Delhi which witnessed vociferous protest over violence against women over two years back there has been 31 per cent increase in rape cases. According to the statistics released by Delhi Police Commissioner B S Bassi in January this year, 2,069 rape cases were reported in the national capital in one year up to December 2014 about 500 more than the number reported in corresponding period earlier.

Previous: Casualties of an alternate war : of suicides and fratricides in the Indian Armed Forces
Next: A mother’s account of continuing education post marriage