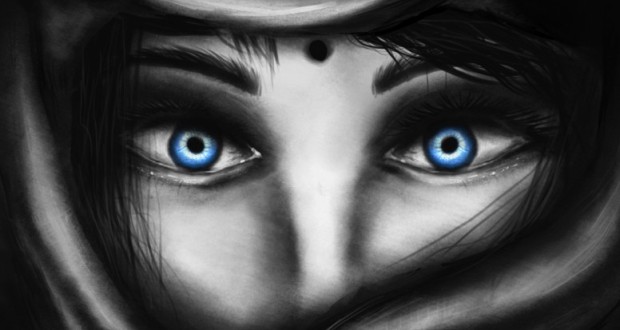 Sounds of the morning could be heard. Pavithra woke up to birds’ and sparrows coo-cooing in the trees. A hectic day was waiting for her downstairs. She lazily got up from bed, slowly removing her  two-year old son Arjun’s hand from around her neck. Every day she would wake up alert and energetic. But something was unusual today. She had a headache and felt very irritable. Pavithra suddenly started to count the days in her mind – 23, 24, 25….OMG! It was time for the monthly monster!

Yes! For Pavithra, it was a monster. She had to spend those three days alone in a corner. Born and brought up in an orthodox South Indian family, Pavithra married Prem three years ago. Prem’s parents were more orthodox than her own. Though her in-laws loved her and treated her as their daughter, they failed to let go of some old customs. They still insisted that Pavithra  isolate herself on those three days and believed in the superstitions surrounding this custom. She had now become used to this treatment. Sadly, her parents were a victim of these customs too.

She was not allowed to touch anything. Even to quench her thirst, she had to depend on someone to give her water. The hardest was managing her little son Arjun. He would bring all his toys and clothes to her and she had to retain them till the fourth day and then wash them all. To her ill luck all manners of unseen, unheard relatives and friends would suddenly appear at their house. She would have to excuse herself with an embarrassed smile.

The only days when she would curse herself for being born as a woman were those three monthly monster days. She was seen as an object that was impure and inauspicious. Although Pavithra would get three full days of rest, relaxation and free time, the but what she had to experience weighed over these luxuries.  As a loving daughter-in-law, Pavithra pitied her in-laws. Because of these customs, in their old age, they had to complete all the house-hold chores and odd jobs.

A thought about this:

Women in all families have different experiences or rules surrounding menstruation. These rules might have been created due to man’s fear of things he cannot understand. In some cases, women themselves, as a protection from the sexual demands of men, initiated these customs.

Menstruation may be overlooked but it actually has a huge impact on our society through words, customs, products and fashion too!!

* This article was published as a Featured article under the category Society http://tell-a-tale.com/monthly-monster/ on july 2014

Previous: Return of ₹ 1 note could be a symbol of ‘Make in India’
Next: Railway Budget 2015 live