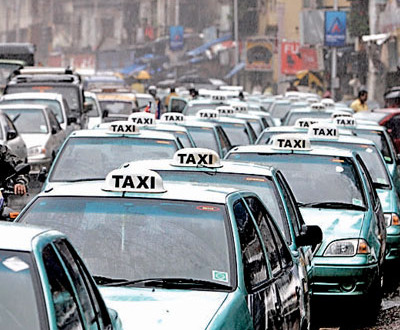 December 8, 2014 Comments Off on Radio Taxis: The way forward – Disruption or Regulation? 3,210 Views

Radio cabs in today’s age capitalize on the comfort and the availability quotients to attract customers. Investors and various international players, see online cab hire services as a sunrise industry characterized by huge demand and high growth. An industry that solves the inter/intra city commuting problems. It is not surprising that Easy cabs, Mega cabs, Meru cabs, OlaCabs, Savaari, TaxiGuide and Taxiforsure hold nearly 70% of the market share.

Yet, there are almost zero players who have stopped to give a thought the biggest factor that can cause the sun to set on this industry and that is safety of the passengers hiring their services.

When the eagerness to tap profits at breakneck speeds takes precedence over providing every passenger, man or woman, the right to safe transportation, it is enough to dishevel the industry’s dynamics.

The shift in business models – from running company-owned cabs (what Meru, Mega cabs, Easy cabs, Avis, Hertz etc. started out as) to acting as an app based aggregator of cabs and drivers on a commission basis (the model followed byOla cabs, Savaari, Uber, BookmyCab etc.), brings with it a certain liability and responsibility towards ensuring safety of passengers and maintaining a minimum standard of customer service.

The need to implement basic industry practices becomes all the more important. 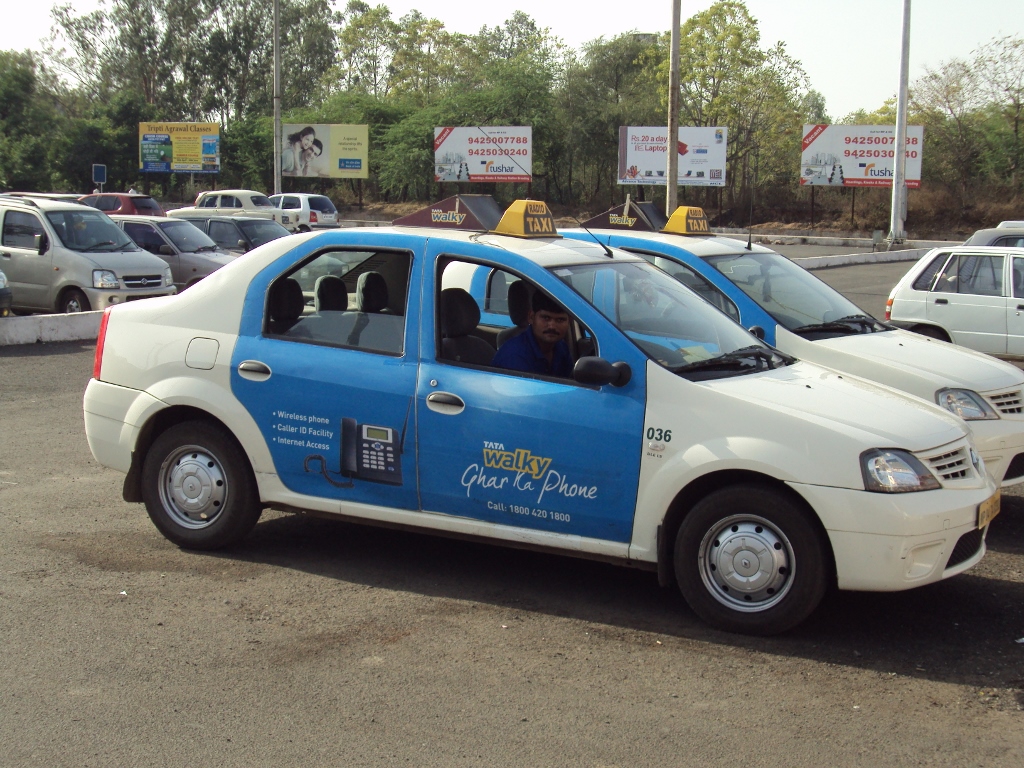 Ironically, the Uber cab service, whose driver has been arrested for raping a young woman in Delhi and has been banned in the national capital, claims to have the safest rides on the road.

Post the incident in Delhi, this is what Uber’s Delhi blog had to say:

And this is what Uber documents the process to be really like: 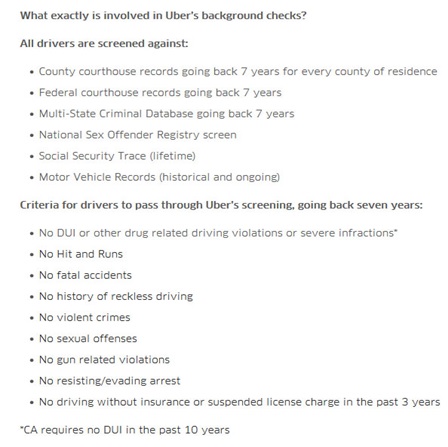 However, it is completely restricted to the United States.

Sex offender list, Social security trace, Properly registered DUI charges, none of these options exist in India and this the company should have known before entering the Indian market!

Uber has constantly been getting into trouble and its reputation across the globe has not been an all clean one having faced legal action in Germany as well as a number of European capitals. .

An undercover operation in Toronto last month revealed what the city concluded were “real and urgent” safety problems with the service.

The Dutch found the service UberPop breaking a law which required drivers to be licensed.

On December 8 2014, Portland sued Uber for operating an illegal, unregulated transportation service. The lawsuit claimed that Uber violated Portland’s Private for Hire Transportation Regulations and Administrative Rules and asked the court to stop Uber from operating in Portland.

Portland says Uber is a “substantial threat to the public” http://t.co/rSTFTYivX7

Post the incident in Delhi, Uber in its blog claimed,

“..We will also work with the community, with government and the technology industry to find more ways to promote safety in transportation, particularly for women – both here in Delhi and throughout India.”

Well Congratulations! With more than a year of operations in India and after letting safety get out of their hands, they now realize the need to “find more ways to promote safety in transportation”.

Did it require a horrific incident for the company and the State to wake up to the need of a background vetting process?

Does it take more than a year for the authorities to find out that these radio cab booking services are functioning without a licence/ permission from the transport department and this was a potential risk for the passengers?

And if they did know earlier, why did they allow them to function?

This incidental reaction is not a new phenomenon though.

It took a rape and murder of a 28-year old BPO employee by a cab driver on December 13 2005 in Bangalore, to change policies pertaining to safety of working women, to raise a debate about night shifts for women employees.

The question is how many more of such incidents will it take for the State or the businesses to realize that they cannot ignore the reality of cab attacks and the need to proactively take action in this regard?

Considering how significant a market India is for all the evolving technologies, the reality is, India with its laws, policies and regulations is not equipped well enough to handle the challenges being thrown up by the new age companies mushrooming by the day.

Thanks to the lackadaisical attitude, vast amount of missing data and strict policies of the Government, even the proper “background checks” can get you nowhere in India. A driver can fake his license (through bribes), fake his permits, fake his insurance, bribe the police and even fake his verification documents . Let’s face it. All of these things are entirely possible in India.

Not to miss the fact that one can always be a first time criminal.

The question is, can safety can be ensured with a vague layer of governmental checks and the feedback system?

A majority in this country are not going to change their ways soon and hence until systems are set in place, one would have to consider putting in place some additional general safety elements in order to address safety concerns and minimize crimes.

As an example, for starters, taxicabs quipped with taxi partitions and approved surveillance cameras attached to a 24/7 central monitoring system must be considered if one wants to start looking at security and safety of passengers seriously.

On any deviation from the fixed route an automated SMS alert should be sent to an alternate number pre-configured by the passenger during booking.

Given the taxi number, the pre-configured number provided by the passenger should be authorized to track the taxi’s movements via GPS at any time until the end of the journey.

Every taxi should be provided with a panic button close to the passenger’s seat which when pressed would alert the nearest police station.

We are sure there are other ways to help make travelling safer for cab users. Do write in with your suggestions and we will make sure they are heard.

Previous: Populism is the word of god!
Next: Govt to arm tourists against touts