Home > Satire > Mind mince and Brain curds > Populism is the word of god! 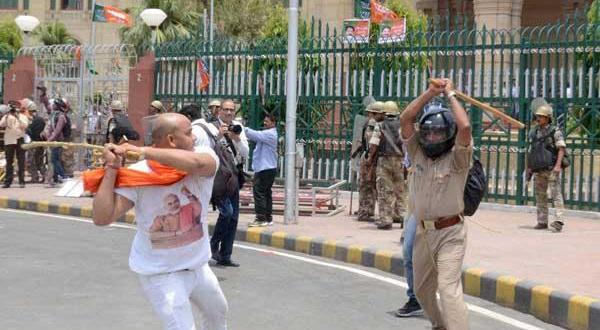 All likeness in image is purely coincidental, except for the man's likeness to sheep

This is a new periodic humour column on the absurdity of what we consume as news with the subtlety of a brick in your face. The column is an honest attempt to wheedle out the farce behind the tragedy and expose the ridiculosity of our shared reality.

In a country with over 1.2 billion population, popular demand is an all-season flavour and hence most unsurprisingly, populism holds the promise of generating a momentum of a perpetual Mexican wave. Take, for example, the NaMo juggernaut that is still rolling on relentlessly six months after the country’s unequivocal seal of approval.

A couple of weeks ago Prime Minister Modi’s pied-piper world tour dropped anchor in Australia. Reportedly, #ModiInAUS gave #ModiInUSA a run for its money.Frenzied crowds thronged the venue chanting Modi’s name with a fervour I previously thought was reserved for Sachin Tendulkar at the Wankhede.

The adoration was there for all to see, and bask in it he did- with a kind self-satisfied body language of a school boy who had just lost his virginity. With every movement he made and every word he uttered, he enchanted the crowd with the expertise of a colonial snake-charmer. 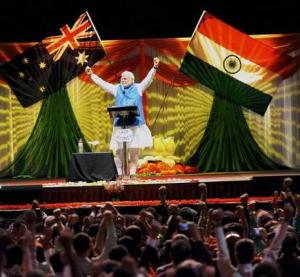 Modi gestures and the crowd follows in Australia | Photo :PTI

See-sawing between blatant populist flattery and syrupy nationalism, our Prime Minister spoke with an assured cockiness befitting the lovechild of Captain Obvious and Winston Churchill.

Watching the transfixed crowds I couldn’t help but be awestruck-once again, at the popularity that Modi ji commanded.

Even “the world’s most powerful man” Barack Obama seems not to be impervious to his charms and has decided to attend the 2015 R-Day celebrations at the behest of our Prime Minister.

Now that could either be the result of Modi’s potential polar-shift-causing magnetism or the other possibility is that we, Indians, love to idolise. It isn’t just coincidence that this land has borne a million deities.

Maybe POTUS, a.k.a, the President of the United States, recognized this rabbit-in-heat woo-ability of Indians and merely wants some loving at a time when his ratings back home resemble the academic performance of an engineering student recently smitten by love.

For those of you who just can’t put engineering and love together, he feels helpless and is failing.

Maybe Obama is the biggest proponent of ‘Make in India’ and is on a personal mission to make himself a brand new following from a faraway land. After all, politicians know all about popularity.

I am Krishna reincarnate, and you are his trusty cattle

Meanwhile back home in India, another group of people who are no strangers to ways of the popular, were back in the news. I am referring to the middlemen to divinity– the god people. The gurus, tantriks, yogis, babas, matas, swamis and sri sris.

Please don’t be mistaken, I am not likening these glorified cult leaders with our honourable Prime Minister. I am simply marvelling at their ability to garner a god-like following. So what if both have devout bhakts?

Afterall popularity, often is a matter of reactions rather than mere magnetism. The lotus blooms as a reaction to the mud around ! (Pun is purely coincidental!)

The baba bandwagon continues to ride on religion even as the government has made it amply clear that they are not affiliated to any religion.

So what if it has been passively complicit in the fabrication of a religion-based social syndrome to polarise a volatile state for electoral gains?

So what if union ministers officially grace exclusively religious events such as the World Hindu Forum?

So what if a self-styled yoga guru is given Z- level security? The man (or has he elevated from the status of a mortal man already?) has pissed some people off so much that they want him dead! This is no mean feat for a yogi and even if not for inspiring millions to rub their nails together, this distinction makes him a national treasure worth protecting at all times with 22 trained guards and costing about INR 15 lakh a month.

So what if a foreign language is dropped from government-run schools like a heise kartoffel and is replaced, mid-term, by a culturally and religiously significant, albeit archaic, tongue?

It is perfectly practical to resurrect a language that has been dead for hundreds of years by imposition instead of investing in teaching a language still spoken by around 100 million people world-wide, especially when our main sales pitch to the world is ‘Make in India’.

There is no need to worry about the students, German and Sanskrit are a part of the same Indo-Germanic family of languages, coping up should be easy enough- kids are just so smart these days.

This thankfully brings us full circle, in accordance with Hindu belief, back to the god people. 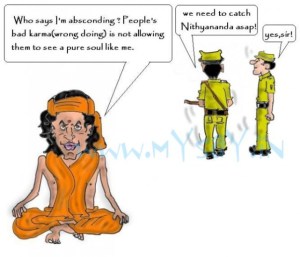 India has always been a fertile breeding ground for the mediators of the divine from many faiths although Hindu gods seem to have the greatest need for messengers. I always knew our talkativeness had some divine connection.

Until the early 90s, tantriks and god men were mostly a local phenomena trawling for fear and insecurity while largely staying outside the public realm. Then globalisation anchored on Indian shores. The barrage of alien cultural influx left masses confused and disoriented clutching at anything that gave them a unique sense of identity.

Scam artists of all hues took it upon themselves to show them the way armed with 24×7 television broadcasts and just the right connections. Each of god’s special children set out building up their battalions of foot soldiers swaying moronically; dumbed down and sedated by pop culture morality.

We moved from Jai Jawan Jai Kisaan to Jai Jawaan Jai Bhagwaan (ke insaan) with mercurial fluidity. In between medicines made with human bones and kheer made with bath milk (yes that’s a thing), all that’s left to receive divine ordinance are amulets made of pubic hair.

But no cult can function without money. Thankfully, by the eternal grace of god, the Indian seed is spread far and wide in the world (as Modi ji has demonstrated ably).

NRIs and OCIs rushed to the bank to send in dollars and dinars to god men of their choice like an unfaithful husband, weighed down by a guilty conscience, showering his wife with expensive gifts.

This money was beneficial to our culture and it absolved the rich benefactors of the guilt of abandoning Bharat mata. Two birds with one rudraksh, what a neat bargain. 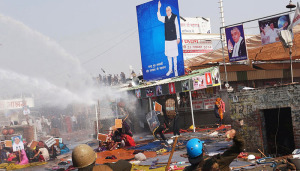 Today the top ten of our most enlightened souls have divvied up the country and amassed around $ 1,000,000,000 (about INR 620 crore)- more than the nominal GDPs of some small nations.

The few glimpses a year we get into the complicated world of spiritual awakening reveals a setting ripe for an organised crime television drama complete with conspiracy, murder, power, money and of course sex.

Whatever the karmic cycle of action reaction might be, I am just grateful that once in a while we are treated to colourful lines like “all out war breaks out while reincarnation of a 15th century poet barricades himself behind thousands of human shield devotees” in national newspapers.

In fact, why don’t make it a once or twice-a-year extravaganza.

Imagine the revenue generation potential and that too with divine endorsement. Never mind the six people including a child who died bringing us the amusement.

The true yogi meditates, realizing…
I am a stranger to this world,
there is no one with me!
Just as the spume and the waves
are born of the ocean then melt back into it,
so the world is born of me and melts back into me. 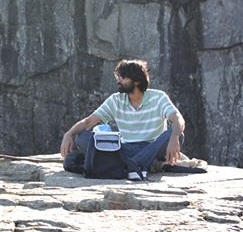 The author is a post-intellectual savant and a journalist in his free time. He is also the self-styled reincarnation of Rumi’s a$$hole. Beware of the unavoidable @ShreeshanV !
Godmen HIsar Humour Modi Modi in America Modi in Australia Populism Sant Rampal Sarcasm Satire 2014-12-04
Team PB7

Previous: To kiss or not to kiss? A very Indian question
Next: Radio Taxis: The way forward – Disruption or Regulation?