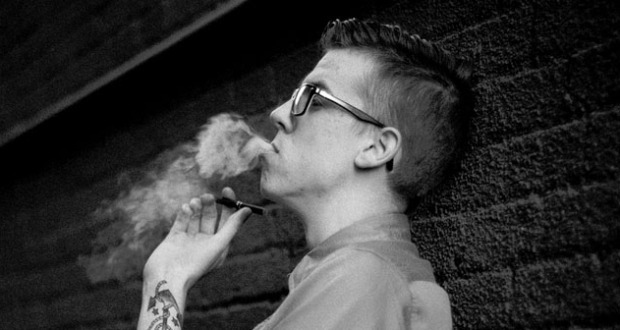 The Drag on E-Cigarettes

RENNES – Michael Russell and Murray Jarvik, two pioneers of smoking-cessation research in the 1970s, would probably have welcomed the development of the electronic cigarette or “personal nicotine vaporizer” (PNV). Beyond serving as a temporary aid for people attempting to quit smoking cigarettes, such new nicotine-delivery systems could act as long-term alternatives to tobacco – making it possible to eliminate tobacco consumption almost entirely.

We have long known that people smoke for the nicotine, but die from the smoke. Indeed, the vast majority of cigarette-related diseases and deaths arise from the inhalation of tar particles and toxic gases, including carbon monoxide.

Though nicotine replacement therapy (NRT) has helped many smokers quit, the cigarette habit remains pervasive in many countries.

The use of nicotine in non-combustible forms like smokeless tobacco, or PNV, would enable millions of current smokers to reduce considerably the harm that their nicotine consumption is doing to their health. In Sweden, the widespread use of snus – a smokeless tobacco product with a lower concentration of carcinogenic nitrosamines – has contributed to a dramatic decline in the incidence of lung cancer, to the world’s lowest levels.

The benefits of phasing out tobacco consumption could not be more compelling. That is why PNVs should be actively promoted as an alternative to tobacco products, aided by endorsements from health authorities, tax advantages, and support from the anti-smoking movement.

But, so far, none of this has occurred, largely because nicotine is viewed as a highly addictive and toxic substance, with even smokers hesitating to try NRT or PNV for this reason. In fact, nicotine has been the primary target of anti-tobacco campaigns for more than three decades.

But nicotine is only partly responsible for tobacco dependence.

Other substances from tobacco smoke – such as monoamine oxidase inhibitors, which have antidepressant effects –reinforce tobacco dependence, but are absent from vaporized nicotine.

That may be why PNV user surveys suggest that nicotine is less addictive in its vaporized form.

In reality, nicotine is a relatively safe drug at dosages that a smoker or “vaper” inhales, with similar effects to caffeine.

Moreover, smokers and PNV users control very precisely, on a puff-by-puff basis, the dose of nicotine they consume, virtually eliminating the risk of overdose.

In fact, a lethal dose of nicotine is a lot higher than the 30-60 milligrams that many scientific papers claim.

After reviewing case reports of nicotine intoxications and suicide attempts, the pharmacologist Bernd Mayer found that the lethal dose of nicotine in humans must be somewhere between 500-1000 mg of absorbed – not just ingested – nicotine.

Given that one of the first symptoms of intoxication is vomiting, and that 70% of the remaining nicotine in the digestive tract is metabolized by the liver before it reaches other organs, absorbing that much nicotine is not easy.

With minimal health risks compared to tobacco smoking, PNVs face only one real barrier to use: smokers’ willingness to switch. But, even on this front, the devices have had considerable success, with PNV use increasing exponentially in the last few years.

Though, in an ideal world, people would simply be able to quit using nicotine altogether, experience suggests that many smokers cannot – or do not want to – give it up, and will continue to smoke if there is no safe and acceptable alternative.

If smokers are willing to accept PNVs as a viable option, high-risk tobacco use could become a thing of the past.

So far, converted smokers have taken the lead in promoting the shift to PNVs, sharing their experiences online, in Internet forums and on Facebook and Twitter. They are spreading the news that, for the first time in history, people can quit smoking without giving up the pleasure they derive from nicotine.

Meanwhile, health authorities and governments have adopted a fear-based approach, scrambling to regulate – or even ban – PNVs. The European Union’s Tobacco Products Directive and the United Kingdom’s Medicines and Healthcare Products Regulatory Agency plan to introduce strict regulations of PNV sales and use, based on drug legislation, even though the devices are neither tobacco nor medical products. Even the World Health Organization has released a report expressing serious concern about the marketing and use of electronic nicotine-delivery systems.

Such opposition is not based on scientific evidence. Indeed, an increasing number of scientific publications show that PNV use is much safer than smoking tobacco.

In January, a group of scientists (including me) sent a letter to the European Commission imploring it to implement evidence-based, proportionate regulation that allows users of PNVs to identify the product and dosage that suits them.

“If wisely regulated, electronic cigarettes have the potential to make cigarettes obsolete and save millions of lives worldwide,”

we wrote. Excessive regulation, by contrast,

“will contribute to maintaining the existing levels of smoking-related disease, death, and health-care costs.”

“It is nicotine that people cannot easily do without, not tobacco.”

And it is tobacco smoke, not nicotine, that kills. That makes PNVs the ideal solution.

It is time for health authorities to get on board.

In the following video, Gerry Stimson discusses alternatives to smoking tobacco and nicotine replacement therapies: e-cigarettes are now reliable, and the future for them as harm free nicotine delivery devices that are attractive to users looks promising. Also snus (pouches of pasteurised tobacco, popular in Sweden the only place in the EU where they are legal) might be more culturally specific, but also have the potential to deliver nicotine in a less-harmful way.

Gerry Stimson is Director of Knowledge-Action-Change, holds an Emeritus Chair at Imperial College and is Visiting Professor at the London School of Hygiene and Tropical Medicine. He has advised the UK Government, World Health Organization, UNAIDS, UNODC, World Bank and others on issues relating to drugs and addiction. He was a member of the National Institute for Health and Care Excellence working group that recently prepared guidelines on tobacco harm reduction. 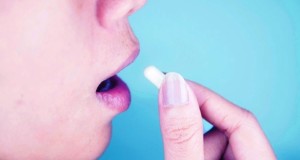