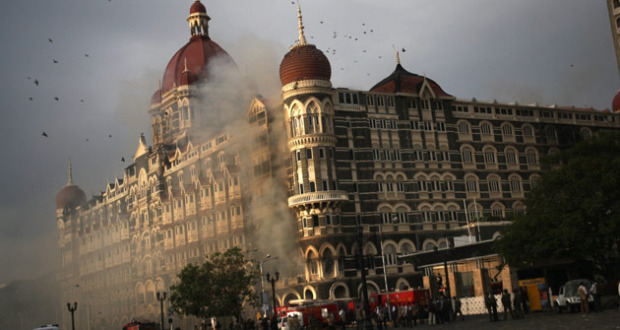 It is disappointing to note that the National Disaster Management Authority (NDMA) formed under the Ministry of Home Affairs only reacts during natural disasters like floods, fires, famines and earthquakes. I am not sure how effectively the NDMA is operating as during recent Bihar floods its response was sluggish. In fact various NGOs and voluntary organizations responded much faster.

It is time we revamp and co-opt NDMA in all types of disasters. It can be very effective in post disaster activities of rehabilitation and succor to traumatized victims who beside medical and financial relief need psychiatric and psychological treatment to restart living normal lives fast, so often badly neglected.

The NDMA constituted in 2005 is part of the home ministry but functions directly under the Prime Minister.  Its Executive Committee has maximum 9 members who are   nominated by the PM and assisted by the Secretaries of the relevant ministries and Chief of Integrated Defence Staff (IDS) as Armed Forces representative who takes all decisions on behalf of the Armed Forces.

Each State is required to establish State Disaster Management Authority (SDMA) under its chief minister. The SDMA is to be assisted by the District Disaster Management Authority (DDMA). The NDMA and SDMAs in each State were required to establish state of the art control rooms (Emergency Operation Centers) which were to be manned round the clock during emergency.

Indian Metrological Department (IMD) was made its part to disseminate all early warnings to these Control Rooms. This infrastructure and SOPS were nowhere visible in the Bihar floods or Mumbai attacks.

Effective workable plans for natural and manmade disasters need to be formulated from village, panchayat, taluka, district, state and upwards to national level with details worked out for each level.

Selection of suitable professionals, communications, rehearsals and resource allocation on need basis should naturally be taken care off.

Are We Prepared Against Nuclear Disasters

Number of thefts of ‘Cobalt 60’ have been reported having taken place in various cancer hospitals world over. Cobalt 60 can be used for making ‘Dirty Bomb’ easily. Similarly, there are reports that number of suitcase sized nuclear bombs were missing after breaking away of the Soviet Union.Possibility of these falling in the hands of terrorists & rogue states exists.

Presently we are neither prepared nor steps have been taken in educating the masses on nuclear disasters. Disaster Management should be included in under graduate courses, IAS & IPS and armed forces academies.

Our police reforms are overdue since ages despite numerous recommendations of various expert committees. Our police force is under staffed, ill equipped, ill trained and physically and mentally unfit.

Our entire police force needs rifles and equipment of the day, physical, mental and emotional training, motivation and good professional leadership. Needless to say, police must be people friendly with high professional integrity.

It is also matter of grave concern that a few terrorists could hijack police car with its top ATS cops sitting inside and killing them. It intrigues any professional mind as to where the protection staff of the top cops, the back up vehicle(s) and loaded personal arms of the occupants were! Quick intuitive action of the trained professionals should have knocked these terrorists at very first instance.

Media management was shabby as no periodical briefings from ‘Operational Control Room’ were organised.

Numerous news channels kept giving conflicting news and visuals.In such situations during nights, lights in areas outside the buildings under terrorists’ siege should be switched off to unable terrorists taking pop shots on people outside.

During intervening nights of operations with camera lights on, the electronic media crew attracted fire many a times but mercifully there were no casualties.

Management of violence in urban scenario with huge population and traffic congestion is most hazardous, complex, time consuming and strenuous military operation.

The collateral damage to property, casualties of innocent people attract severe attention of the media and human right groups.

All this needs specialized training, communications and ability to operate intuitively as security forces would be operating, as was in the instance case, in small groups and sub groups independently.

Isolation of Rouge State(s) and Terrorists

Its time our response against Pakistan is firm. This can only yield results if diplomatic, military and economic pressure from international community of nations and the UNO is exerted against Pakistan and those countries that are funding and supporting terrorism.

Unless the US, Russia, China, Japan, Israel, the European Union and the United Nations, World Bank, Asian Development Bank, SAARC etc will not act in firmly in unison  isolation of Pakistan and the terrorists would not be possible.

India should also deliberate on the option of striking terrorists camps in Pakistan Occupied Kashmir (POK) after taking the US, Russia, China and the European Union in confidence.

While Mumbai was under terrorists’ siege and our brave patriotic armed forces personnel were risking their lives to save innocent people taken as hostages, where was Raj Thackeray hiding? Where was he when Mumbai was bleeding. No one saw him near Taj Mahal Hotel, Nariman House, Chatrapati Shivaji Terminal, Cama Hospital or Hotel Oberoi Trident with his MNS goons- the so called ‘sons of the soil’ when Mumbai needed him the most!

The Army, the NSG and the Indian Navy commandos braving terrorists’ bullets were not the ‘Marathi Speaking Mumbaikars.’ So why should they shed their blood for Mumbaikars!

Will Raj Thackeray please answer these nagging questions to every Mumbaikar nay every Indian especially to those non- Mumbaikar civilians and foreigners and armed forces personnel who lost their lives to save Mumbai and the country from the terrorist attacks and the national shame.

Mr Raj Thackeray, I with all patriotic Mumbaikars and Indians bow my head in shame on your cowardice and doings against the North Indians that equally detest these senseless terrorist acts. Let us unite to defend our country with dignity self pride and honour.

Let us not forget the sacrifices of our brave martyrs who laid down their life for the safety, security and integrity of  the people of India. Mr Thackeray it is time for your repentance. Please honour their sacrifices for the Mumbaikars. This is not the time for retribution, blame game or politics. We need to rise above petty sectarianism, provincialism, casteism, communalism and politics as patriotic Indians. 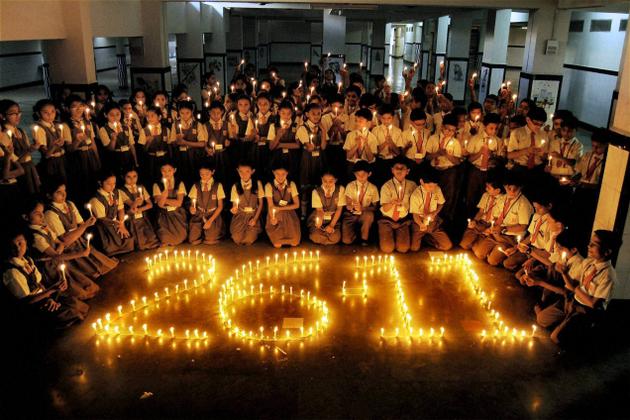 Mumbai is a commercial hub of the country synergized not only by Mumbaikars but all Indians who live and work there and fighting terrorism is a collective national honour and responsibility of every citizen; to destroy the perpetrators of theses dastardly acts.