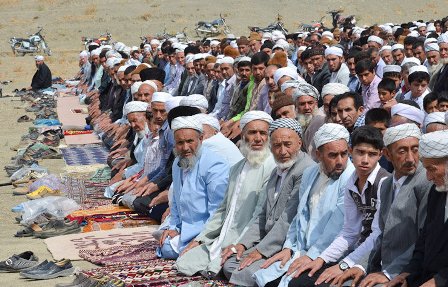 The Sunni Arc of Instability

ABU DHABI – While international observers fixate on the Sunni-Shia rivalry’s role in shaping geopolitics in the Islamic world, deep fissures within the Sunni arc that stretches from the Maghreb-Sahel region of North Africa to the Afghanistan-Pakistan belt are increasingly apparent.Moreover, it is Sunni communities that produce the transnational jihadists who have become a potent threat to secular, democratic states near and far.

What is driving this fragmentation and radicalization within the ranks of Sunni Islam, and how can it be managed?

The importance of addressing that question cannot be overstated. The largest acts of international terror, including the September 11, 2001, attacks on New York and Washington, DC, and the 2008 Mumbai attack, were carried out by brutal transnational Sunni organizations (Al Qaeda and Lashkar-e-Taiba, respectively).

The Sunni militant group Boko Haram, known internationally for abducting 276 schoolgirls in April and forcing them to marry its members, has been wreaking havoc in Nigeria for years. And the Sunni extremists of the Islamic State, whose dramatic rise has entailed untold horrors to Iraq and Syria, are seeking to establish a caliphate, by whatever means necessary.

The influence of these organizations is far-reaching. Just last month, individuals inspired by these groups’ activities carried out two separate attacks, one in the Canadian parliament and another on police officers in New York.

Political and tribal sectarianism in the Sunni Middle East and North Africa is both a reflection and a driver of the region’s weakening political institutions, with a series of failed or failing states becoming hubs of transnational terrorism.

A lawless Libya, for example, is now exporting jihad and guns across the Sahel and undermining the security of fellow Maghreb countries and Egypt.

Several largely Sunni countries – including Syria, Iraq, Yemen, Libya, Somalia, and Afghanistan – have become de facto partitioned, with little prospect of reunification in the near future. Jordan and Lebanon could be the next states to succumb to Sunni extremist violence.

The Sunni tumult has underscored the fragility of almost all Arab countries, while diluting the centrality of the Israel-Palestine conflict. The post-Ottoman order – created by the British, with some help from the French, after World War I – is disintegrating, with no viable alternative in sight.

The sectarianism plaguing the Sunni belt is affecting even the relatively stable oil sheikdoms of the Gulf, where a schism within the Gulf Cooperation Council is spurring new tensions and proxy competition among its members.

Saudi Arabia and the United Arab Emirates view Qatar’s efforts to aid Islamists like the Muslim Brotherhood as an existential threat, even as their own wealth has fueled the spread of Salafi jihadism and Al Qaeda ideology.

Both countries, along with Bahrain, have recalled their ambassadors from Qatar.

This rupture is compounded by a rift between the Middle East’s two main Sunni powers, Egypt and Turkey, whose relationship soured last year, after the Egyptian military ousted the Muslim Brotherhood government, backed by pro-Islamist Turkish President Recep Tayyip Erdoğan.

Egypt recalled its ambassador from Ankara and expelled the Turkish ambassador from Cairo. In September, the Egyptian foreign ministry accused Erdoğan of seeking to “provoke chaos” and “incite divisions in the Middle East region through his support for groups and terrorist organizations.”

A similar divide exists between Afghanistan and Pakistan over the latter’s provision of aid and sanctuary to Afghan militants – a divide that will only deepen when the United States-led NATO coalition ends its combat operations in Afghanistan this year.

Such conflicts are spurring the militarization of Sunni states.

The UAE and Qatar have already instituted compulsory military service for adult males. And Kuwait is considering following in Jordan’s footsteps by reintroducing conscription, which is already in place in most Sunni states (and Iran).

Against this background, efforts to tame the deep-seated Sunni-Shia rivalry (by, for example, improving relations between Saudi Arabia and Iran), though undoubtedly important, should not take priority over a strategy to address the sectarianism plaguing the Sunni belt. That strategy must center on federalism.

Had federalism been introduced in Somalia, for example, when the north-south rift emerged, it probably would not have ended up as a failed state.

Today, federalism can allow for the orderly management of key Sunni countries, where a unitary state simply is not practical.

The problem is that federalism has become a dirty word in most Sunni countries. And the emergence of new threats has made some governments, most notably Saudi Arabia’s, staunchly opposed to change.

What these countries do not seem to recognize is that it is the petrodollar-funded export of Wahhabism – the source of modern Sunni jihad – that has gradually extinguished more liberal Islamic traditions elsewhere and fueled the international terrorism that now threatens to devour its sponsors.

Stagnation is not stability. On the contrary, in the Sunni arc today, it means a vicious cycle of expanding extremism, rapid population growth, rising unemployment, worsening water shortages, and popular discontent.

Political fissures and tribal and ethnic sectarianism add fuel to this lethal mix of volatility and violence.

It is time for the Sunni world to recognize the need for a federalist approach to manage the instability and conflict that plagues it. Even the US must reconsider its regional policy, which has long depended on alliances with despotic Sunni rulers.

In a region ravaged by conflict, business as usual is no longer an option. 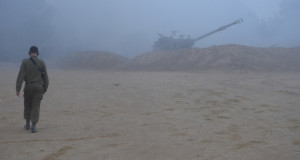 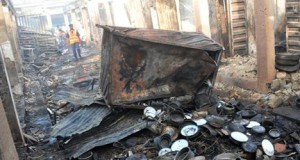 Media coverage of Charlie Hebdo and the Baga massacre: a study in contrasts