Home > World News > International Affairs > SpaceShipTwo cost a life, so why do we still use human test pilots? 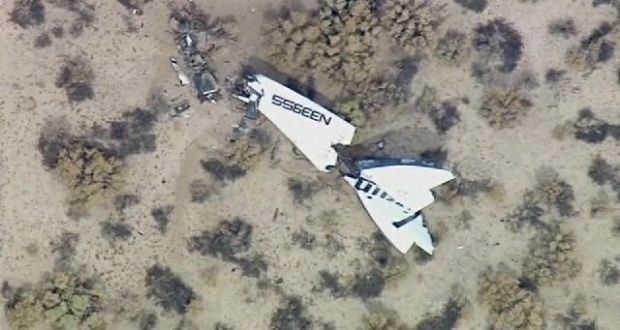 SpaceShipTwo cost a life, so why do we still use human test pilots?

Tragically, the experimental spaceplane SpaceShipTwo crashed in the Mojave desert during a test flight on Friday, killing one pilot and injuring another.

It is not clear what went wrong, and the coming investigation will no doubt find the cause, but a question arises:

Should human pilots be testing new rocket engine and fuels in flight when we live in an age when automation and remote control could probably do the job?

Remotely piloted aircraft, or RPAs as the International Civil Aviation Organisation (ICAO) refers to them, are regularly used by the military across the world. They remove the risk to pilots because the pilots remain firmly on the ground while their aircraft fly over potentially hostile ground.

We are now also seeing RPAs being used by civilian organisations and businesses, such as police services, fire departments and media. You might know these new aircraft as drones, but the term “drone” is misleading as pilots on the ground are still in control, even if sometimes they have a more supervisory rather than hands-on role.

The aviation industry has a history of fatal accidents during the testing phase of new developments. This is not because our aviation pioneers were careless; it is because flying in new ways has always been inherently more risky than developing new ways of doing things in most other industries, and still is.

When things go catastrophically wrong in an experimental aircraft, the aircraft rarely survives, so the crew of that aircraft have a high chance of death or serious injury.

A test pilot is a special kind of person that is prepared to risk their life, more than the average pilot would, in order to help progress the field of aviation.

If brave and brilliant test pilots in the 20th century had not flown in precarious machines, it is clear that we would not have progressed aviation to the point now, where it is one of the safest forms of transport you can strap yourself into.

SpaceShipTwo was developed by US aerospace company Scaled Composites for future use by the world’s first spaceline Virign Galactic, and on the weekend a flight test was conducted to assess the flight worthiness of a new rocket engine fuel.

This aviation industry is highly regulated and the new fuel and engine had passed ground certification and were cleared for flight tests.

Virgin Galactic has sold several hundred tickets for future flights to the edge of the atmosphere and there are proposals that SpaceShipTwo will be used to send research experiments briefly into space – all worthy endeavours.

But when we have advanced RPAs, why are we still testing new rocket motor and fuel combinations, with human pilots strapped just metres away from them flying at 45,000ft?

Combining spaceplanes with remote control and automation is not new.

Just a few weeks ago, a US Air Force robotic spaceplane came back to Earth after nearly two years in orbit. Its flight was either totally automatic or partially remote controlled; but we have no idea which, as it was a top-secret program.

In 1988, the former Soviet Union’s space program successfully flew their robotic space shuttle Buran, which performed two orbits of the Earth and landed back on a runway, just like the human piloted NASA space shuttles.

The reasons we still sometimes use human test pilots are complex.

The SpaceShipTwo vehicle was inspired from SpaceShipOne. That vehicle won the US$10 million Ansari X-Prize in 2004 when Mojave Aerospace Ventures showed that it was possible to launch a non-government developed or funded spaccraft into space with a pilot onboard, twice within two weeks.

SpaceShipTwo’s core business will be to take passengers into sub-orbital space, so of course having human pilots onboard makes sense as eventually there will be human passengers.

Would you be prepared to board a commercial jet now if you knew their were no human pilots onboard? Knowing that the pilot’s own safety is twinned with that of the passengers means we feel safer with experts at the helm.

But the SpaceShipTwo disaster was not a commercial flight – it was the first flight-test of a particular engine and fuel combination.

Could the engine and fuel have been tested in a rocket first? Could SpaceShipTwo have been designed with an autopilot capability?

Regardless, the aviation industry needs to reflect and consider whether such high-risk flights are acceptable when we have a much safer alternative – one that could actually accelerate the speed of testing, and bring new technology into regular use faster if we did not have people in the new aircraft in those very early, risky days.

Does the passion for flying cloud our judgement? If I was as talented and brave as these SpaecShipTwo test pilots, I would put myself into the vehicle and go for it – but should I be allowed to?