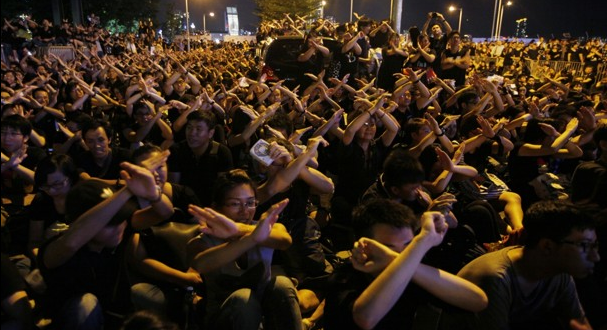 Thinking back to Gandhi amongst brute force and umbrellas

In this age of the rule of brute force, it is almost impossible for anyone to believe that anyone else could possibly reject the law of the final supremacy of brute force.

So wrote Mohandas Karamchand Gandhi in 1920. He might well have been writing today as Britain joins the US in air-strikes against the Islamic State militants and millions live under daily threat of violence from terrorist groups and oppressive regimes.

While we might want to share Gandhi’s belief “that non-violence is infinitely superior to violence”, it’s hard to keep faith in the efficacy of non-violent resistance in the face of current global conflicts.

As Aldous Huxley, a proponent of peace, remarked in his 1937 essay collection Ends and Means:

“Non-Violence is so often regarded as impractical, or at best a method which only exceptional men and women can use.”

Gandhi was certainly exceptional. So too was the poet Sarojini Naidu, the acclaimed “Nightingale of India”. She praised Gandhi in her poetry and became “the mouthpiece of Mahatma Gandhi”, touring India, Sri Lanka, South and East Africa to deliver the message of non co-operation “from my master, from my leader, from my teacher, from my saint”, as she put it in 1922. 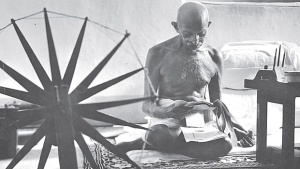 By this time, Gandhi had already begun to conduct what he would call his “experiments with truth”. Born in Porbandar in western India in 1869, he trained as a lawyer in London before travelling to South Africa, where from 1906 he first became involved in organising non-violent resistance to restrictive Transvaal laws imposed on the Indian community.

Returning to India in 1915, he later became president of the Indian National Congress and began implementing similar methods of civil disobedience to oppose oppressive British legislation and further the cause of Indian nationalism.

Fasting was key to his philosophy of non-violence and he fasted for numerous public ends: to cease industrial disputes and riots, to improve conditions for the Dalit or “Untouchable” caste, and for Hindu-Muslim unity.

Salman Rushdie takes us back to “the heyday of the Mahatma” in Midnight’s Children (1981), his epic novel about India’s journey to independence.

He recalls, for example, Gandhi’s opposition to the Rowlatt Acts, which were passed in 1919 to prohibit political agitation. Gandhi called a strike day, a “Hartal”, literally meaning “a locking of shops”. This came to signify a political act to “mourn, in peace, the continuing presence of the British”.

“Even language obeys the instructions of Gandhiji, and the word has acquired, under his influences, new resonances.”

Another distinguished Indian author, Mulk Raj Anand, also highlights Gandhi’s power to manipulate language for the cause. In Morning Face (1968), his autobiographical novel, the young protagonist encounters Gandhian ideas for the first time and “returns home with a new un-understandable word ‘non-violence’”. He is later enraptured by the Sanskrit word “Satyagraha”. Gandhi coined this term to mean truth and firmness, preferring it to the English phrase “passive resistance”, which he felt implied weakness.

“does not mean meek submission to the will of the evildoer, but it means the putting of one’s whole soul against the will of the tyrant”. This is what makes it “possible for a single individual to defy the whole might of an unjust empire”. 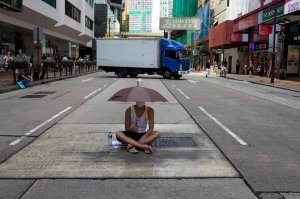 But though Gandhi’s methods helped to win Indian independence in 1947, it was a moment swiftly followed by violence. Gandhi was assassinated in 1948 and ironically, as Huxley pointed out, “borne to the pyre on a weapons carrier”.

Vera Brittain, another committed pacifist, visited India in 1949. She went to learn how non-violence might relate to the world’s problems, but was saddened to find that the standards Gandhi had “laid down for India” would be “extinguished” by the “Indo-Pakistan conflict”.

That same year, George Orwell put it to readers that perhaps Gandhi had been too idealistic about human nature. He wrote:

The assumption, which served Gandhi so well in dealing with individuals, that all human beings are more or less approachable, and will respond to a generous gesture, needs to be seriously questioned.

What possible traction, Orwell asks, will this approach have with dictators? What can non-violent resistance realistically achieve under totalitarian regimes where opponents simply disappear and where there is no free press to stir international indignation or generate a mass movement?

Orwell was thinking of the former Soviet Russia, but his questions are still relevant.

Non-violent protest is again uppermost in our minds this week as tens of thousands of protesters gather in downtown Hong Kong to demand electoral freedom and the resignation of Hong Kong’s chief executive, CY Leung.

On September 28 they met police tear gas and pepper spray with their umbrellas.

Following in Gandhi’s footsteps, Martin Luther King believed that non-violence could be both a method of protest and “a commitment to a way of life”.

And on the anniversary of Gandhi’s birthday and the International Day of Non-Violence, the world watches this “umbrella revolution”, wondering if it will bring us any closer to Gandhi’s vision. 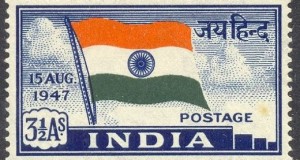 The good, bad and ugly on Indian Independence Day 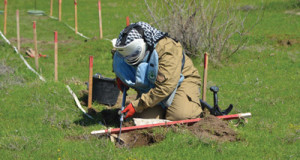