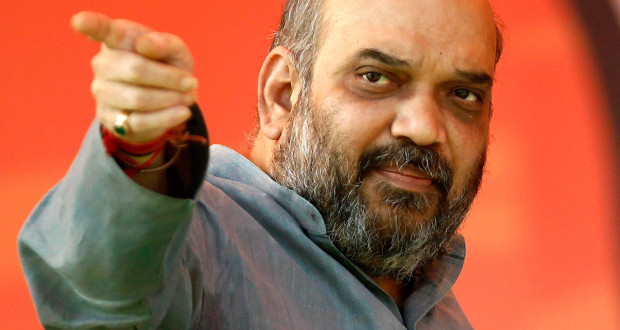 After capturing the Parliament with over-whelming mandate with 282 seats, the Bharatiya Janata Party’s (BJP) state unit seems to have got down to the business of repeating the feat in the Maharashtra Assembly elections due in October.

The Jan-dhan Yojna announced by the Prime Minister of India Narendra Modi couldn’t have been timed better and the state BJP left no stone unturned to earn some brownie points for the saffron brigade ahead of the forthcoming elections.

The Central leadership of the party may have their plans in place, but that doesn’t seem to have percolated through the vertical heads.

Supporters and party workers are still in dark on whether the single largest party of the country will remain in alliance with Uddhav Thackeray-led Shiv Sena or they will tag with Shiv Sena arch-rivals Maharashtra Navanirman Sena of Raj Thackeray or they would go solo to be the powers-that-be in Maharashtra.

“We are completely in dark about which way the leadership will take us to. The election tempo is on hold for us at the moment. In the last Parliament elections, we pledged our support to Shiv Sena as the party had an alliance, but this time we don’t know whom to promote,”

a party worker in Thane district said on the condition of anonymity. Another supporter endorsed the view saying,

“Hope it doesn’t get too late to chalk out the poll strategy for the state election.”

Quizzed on the issue, the party media cell dodged the query on what would be the party’s stand following the seat sharing tussle with the regional party.

“Yes, as of now we are in alliance with Shiv Sena in Maharashtra and we plan to go with that arrangement in place for the Assembly polls,”

But the truth may be far away from what the party officially says. Sources in the know revealed that BJP plans to keeps all three options open latest till September 10, and then they may decide to take few smaller outfits in the fold. Forging a new partnership with Raj’s MNS also cannot be ruled out at this juncture.

“We will see the development for some more days, may be till September 10, and if by then Shiv Sena remains adamant, we may field candidates in all seats for the Assembly polls,”

the source points out.

Now with growing dissent in the Shiv Sena ranks, BJP may even want to put an end to the relationship and move ahead with the way they did in the just concluded Lok Sabha elections. In the meantime, however, post his meeting with the Shiv Sena chief Uddhav Thackeray, BJP President Amit Shah, has urged party workers in Maharashtra to set aside their differences and ally with Shiv Sena to work together with them for the forthcoming Assembly elections. This comes despite the seat sharing tussle going on between the two parties.

It seems the saffron party won’t even mind if Sena takes the call to break the alliance. In fact, they will be more than happy to let Sena go.

“Sena always has a militant mood and that doesn’t go in sync with our party lines,”

However, there is another side of the story, which strongly hints to the role Rashtriya Swayamsevak Sangh (RSS). RSS is learnt to be toying with the idea of having a solo run in the state.

“We will wait till September 10 for the Shiv Sena to come up with a formula, and post that we will be free to choose our allies in the state…We may even think of going solo for the upcoming election,”

“With the BJP wind still there all over India, it won’t be an issue if we go all alone,”

Taking all into consideration, however, having a solo run may not be a bad option at this point in time. Only time will tell whether Devendra Fadnavis-led state BJP’s poll strategy works or not, and till then no kite flying please!

Previous: Why BJP is wary of Delhi Elections
Next: India’s First Female Surfer: Taming The Tides