Home > Rights > Life > Shubhada Varadkar : An Achiever In Her Own Right 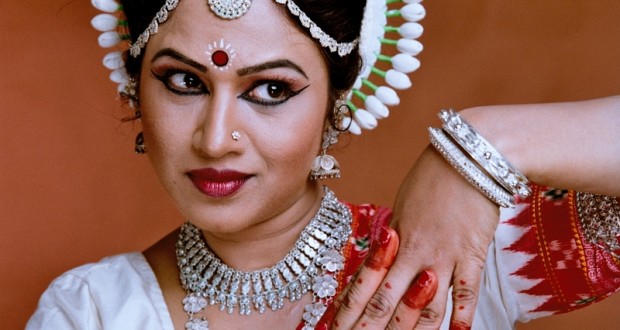 Shubhada Varadkar : An Achiever In Her Own Right

Shubhada Varadkar, an Odissi exponent from Mumbai, has survived quite a few tough battles in her 51 years to reach a juncture where she can proudly announce that she is more an achiever than a tragic icon.

Besides being a professor of Economics at a Mumbai college, Shubhada also served as a news reader for Doordarshan before turning her focus to Odissi under the guidance of Guru Kelucharan Mohapatra and choose to excel there too. All seemed to be on right track, but things suddenly took ugly turn in 2006.

Diagnosed with Ovarian tumour during a performance in London almost shattered Shubhada’s dream, but the passion and mental strength set her apart from others.

“I was performing in London on an eight-day tour, but suddenly felt some discomfort and I had to rush to India for medical attention soon after,”

Left with no option, Shubhada had to go under the knife to get rid of the 10-inch tumour. Hysterectomy and oophorectomy were also performed to remove the uterus and ovaries. 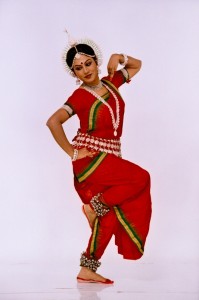 Her passion to perform kept her going – Shubhada Varadkar

It was in those two years that Shubhada discovered ways to turn around. Already being a qualified Grade A artist of the state and a few more feathers in her cap, the famous dancer was at her peak when the monster disease threatened to end her life. The family’s support was the only solace for Shubhada during that phase.

“Few days later when the biopsy report revealed that the tumour was actually malignant, the world came crashing down on me…couldn’t hold my tears. At that time only one thing that came to my mind was whether I would be able to stand on my feet again, let alone dancing,”

said Shubhada, in one breath, but with a choked voice.

But the passion to perform again coupled with helping hands from her parents was the pillar of strength for the conservative Maharashtrian.

“I used to cry a lot when alone, but my parents inspired me and instilled confidence in me that I can again live a normal life following few sessions of chemotherapy and radiation thereafter,”

The Odissi exponent was made to undergo four sessions of chemotherapy followed by six months of radiation which completely drained her. The entire ordeal took more than a couple of years to come to an end.

The news of illness and treatment was kept under the family wrap and Shubhada started performing without practice. But hair loss at an alarming rate left her bald-headed in few days and was short on ideas.

“Then, my mother fastened the wig tightly with my ears and I gradually started occupying the stage more often and till date I haven’t had any issue,”

Cancer apart, she has also had a heart-wrenching story of her unsuccessful marriage to tell. While teaching in a Mumbai College, Shubhada also found her man in another professor from the same college. They got married against the wish of her family due to caste difference, but the bonding didn’t last long. Barely few months into the marriage, her husband walked out one fine morning and never returned.

“We tried searching a lot but all in vain. Later I heard he had migrated to England. It was rude emotional shock, but I managed to control myself and decided to never marry again. Even then, the family stood by me,”

Penning down a book highlighting various struggles of her life is next on her agenda.

“I want to let them know that if I can, they also can,”