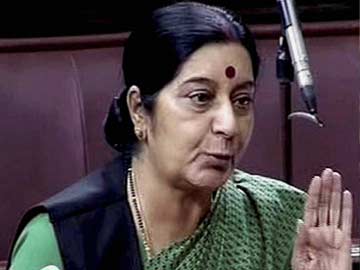 The distance between New Delhi and the Gaza Strip is over 4110 kms. During blockade, the kind imposed by Israel till last week (no flights in operation), it may take you over three days to get in or out of the place.

Yet the Nashik-size inferno in Palestine which was in the grip of a fierce battle between Hamas (Harkat-al-Muqawamah al-Islamiyyah) and Israeli forces for over a fortnight has caused a vertical split in Indian polity, diplomacy, media and chatterati with people reacting to violence with extreme emotions.

In Kerala, importers removed the ‘Tel Aviv’ tag from Medjool dates and marketed them as produce of Jordan to make them palatable to rozadars there.

Moreover, with the conflict which has resulted in a loss of over 850 lives India’s foreign policy has done a full circle and now stands committed to not letting its relations with Tel Aviv suffer at the cost of Palestinian cause.

The shift began in 1999 during the Kargil war when Israel came forward to provide arms and ammunitions to India at short notice. Less than a year later the then Union Home Minister and Deputy Prime Minister Lal Krishan Advani became the first senior minister to visit Israel after establishment of diplomatic ties between the two democracies.

Advani not only met then Israeli President Ezer Weizman but also deliberated on counter-terrorism and border management with the Israeli leadership.Around the same time, Jaswant Singh became the first Indian Foreign Minister to visit Tel Aviv.

His visit paved the way for setting up of a joint anti-terror commission between the two countries.

Under Manmohan Singh (2004-14), the relations between New Delhi and Tel Aviv remained frosty most of the time.  Singh not only piloted a one-sided resolution in the parliament against Israel over the latter’s war with terrorist group Hezbollah in Lebanon but also backed Palestinian demand for East Jerusalem as capital of a future state.

But to Singh’s credit, he made no attempt to slow down the pace of economic and strategic ties between the two countries.It was under him that the External Affairs Ministry started using the term ‘deep concern’ over violence in place of outright condemnation of Israel.

Now with the rejection of opposition demand for a resolution condemning Israeli action in Gaza, Narendra Modi Government has helped New Delhi’s foreign policy do a 180 degree turn.

‘we have diplomatic ties with both nations. Any discourteous reference to any friendly country can impact our relations with them.”

Swaraj was categorical that New Delhi supported Palestinian cause while maintaining good relations with Israel.

Swaraj who chaired India-Israel parliamentary friendship forum in the past rubbished charges of Anand Sharma, Deputy Leader of Congress in the Rajya Sabha, that government’s opposition to a resolution condemning Israel indicated its lack of response to the conflict.

She read out a ruling of Hamid Ansari, Vice President and Rajya Sabha Chairman,

“There should be one joint message that wherever there is violence, it should be condemned. We should tell both the nations — Israel and Palestine — to accept Egypt’s offer of talks. The same message should go from this House, the government and the entire nation,”

Also it was only on July 10, two days after Israel launched Operation Protective Edge against Hamas that New Delhi reacted to the conflict.  It expressed concern over the ‘tragic loss of civilian lives’ in the Gaza Strip but also first time indirectly pinned part of the blame on Hamas saying that ‘cross-border provocations resulting from rocket attacks’ on Israel were alarming.

It is apparent that unlike Congress which made it a policy to back Palestine at every other forum and shunned Israel till 1992 when late P V Narasimha Rao established full diplomatic relations with Tel Aviv, the BJP at no time shied away from playing footsie with Israel.

The saffron party has always looked at Islamic terrorism as a common enemy both Israel and India are grappling with. The party expressed solidarity with the Jewish state in February 2012 when Israeli embassy came under a terrorist attack in New Delhi.

Narendra Modi visited Israel in 2006 when he was Chief Minister of Gujarat State. Nitin Gadkari, now Modi’s Transport Minister, also paid a visit to Tel Aviv when he presided over the BJP. The Sangh Parivaar apparently sees much more in common with Tel Aviv than the Arab world which circles Israel.

Like India, which is surrounded by hostile countries and has for long been at the receiving end of Islamic terrorism sponsored by Pakistan, Israel faces Hamas, a terrorist organization propped up by Syria, Iran, Hezbollah and other Middle East countries.

Like Arab countries, Hamas is likely to oppose India on Jammu & Kashmir. Hinduism and Judaism are looked at as world’s oldest existing religions. Both have ethno-religious components which set them apart from other major faiths. Leaders of the two religions have been holding annual interfaith summits since 2007.

What has brought New Delhi further closer to Tel Aviv is the increasing defence and bilateral trade between the two countries. Israel overtook Russia becoming the largest arms supplier to India in 2008.

The two countries have been collaborating in space, irrigation, agriculture, security systems, science and technology and IT sectors.

They have increased their bilateral trade from $ 180 million in 1992 to $ 5 billion in 2014 and been on way to sign Free Trade Agreement (PTA).  The talks on FTA, which has the potential of doubling the trade, are expected to wrap up by next year.

Yet India cannot forget about the remittances it receives from its citizens employed in the Middle East or the oil imports it gets from the Gulf.

At the same time, the Modi Government will have to be mindful of strong anti-Israel mood among Muslims, the second largest community in India, and certain liberal sections of the country. This is what forces New Delhi to do diplomatic jugglery (vote against Israel in international fora like BRICS (Brazil, Russia, India, China)  & United Nations Human Rights Council (UNHRC) but take a more neutral stand on the conflict individually).

Wing Commander (retired) Ajay Lele, a Research Fellow with Institute of Defence Studies and Analysis (IDSA), feels New Delhi will continue to live with the ‘ambiguity’. At the same time, it will continue to improve its relations with Tel Aviv.

More high-profile exchanges are in offing between the two countries including a visit by Foreign Minister Sushma Swaraj and Home Minister Rajnath Singh to Israel later this year.

What has brought Narendra Modi-led Government closer to Israel – ideological affinity between the BJP and Tel Aviv, common enemy (Islamic terrorism) across the border, counter-terrorism tactics, defence and trade ties, space & science and technology cooperation and partnership in agriculture, irrigation and homeland security.

What makes it vote against Israel in international fora – remittances from Indians working in gulf countries, oil imports from the region, continuity in support to Palestinian cause and anti-Israel mood prevailing in Muslim community and liberal sections of the country.