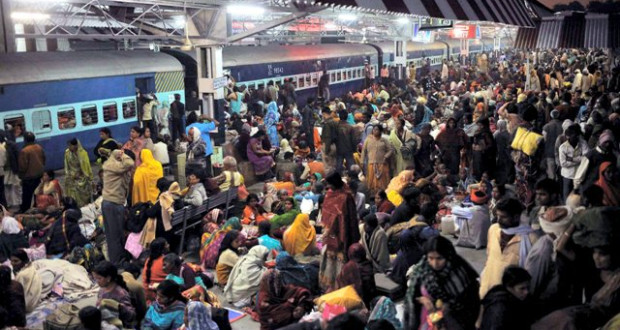 It was sometime in November last year in Dalli Rajhara, a mofussil town in Chhattisgarh living on borrowed time (the entire city has come up on land belonging to Indian Railways and Bhilai Steel Plant). I was to leave for Durg to catch Delhi-bound Bilaspur Rajdhani Express. A young but frail waiter who I had befriended during my stay in the hotel, dropped me at Dalli Station on his Luna.

The local train was to leave in 15 minutes. I joined at the tail of a serpentine queue at the counter unsure of getting a ticket before the train’s scheduled departure. I was not alone. Over fifty per cent of the people in the queue looked tentative. By the time I reached middle of the queue dragging my trolley along, the counter clerk’s printer conked off. The train whistled and began crawling. All of us in the queue ran towards the platform and somehow climbed into the last coach. I was ticketless. So were many others. This was not the first time that the railways had forced me to travel without a ticket. 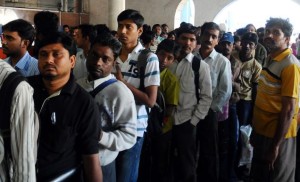 This may not be the last either unless they add more counters (public and private) at stations, take them to the passengers and allow sale of general and platform tickets on internet.

Apparently, there are two types of ticketless passengers.

Those who do not wish to pay and pull the chain to get off at outer signal (before the railway station) and those who wish to pay but do not find outlets where their money can be converted into travel coupons.

Hopefully, the proposed introduction of next generation e-ticketing which would allow 1,20,000 people use the system simultaneously at any given time, sale of tickets through mobile phones and post offices (mentioned in the railway budget), would make things easier for the ticket seekers – general and otherwise.

I prefer trotting in passenger trains. They not only acquaint you with local issues, aspirations, rites, rituals and lifestyles but also let you see how people living in the area look at the world around them. Unlike the Shatabadis, Rajdhanis and other premium reserved trains where you feel claustrophobic and people tend to be self-contained, in passenger trains the entire coach and even the train is yours where you can move around conversing with populace huddled in seats, alleys, open spaces, vestibules and even toilets.

Unlike the express trains where berthed passengers take the reserved tag too seriously to mingle with co-passengers, in locals they need no prodding to open up.You can discuss with them weather, politics and any other subject under the sun and even play cards.

But besides jostling for tickets, the unreserved crowd has to fight for space, sun, shade and civic amenities on trains and platforms. The toilets stink, more often than not have no water and serve as domains of anonymous graphic artists (apply to reserved coaches too).

The soap dispensers are either missing altogether or have no liquid and caps. The dustbins fastened under wash basins over flow with litter much before the train hits its final destination. Like the general passengers, the reserved crowd too have to face dirt on and around stations.

The tracks are dirty with lumps of stool deposited here and there. Apart from rail passengers, the tracks face immense pressure from encroachers squatting on their either side.

The encroachers defecate, bath, cook, eat and even dry their chilly and clean grains on them. They are not just a nuisance but a huge security hazard.

Platforms are patchy and squelchy due to leakage from water panels. The taps either run round the clock or have no water. The water is hardly drinkable.

Hopefully, the railway’s promise to serve RO water in trains and on stations will fructify soon.

The steps leading to platforms from foot over bridges (FoBs) have become slippery due to wear and tear. Their steel fronts have come off at several places. The tin roofs on the platforms leak during rains. 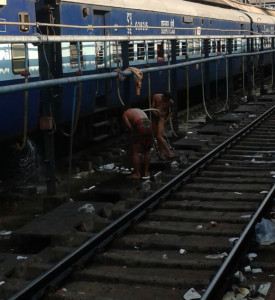 Litter on the tracks and men bathing with dangling water pipes

The sockets under the FoBs are home to vagabonds and street children. The trains, stations, reservation centres and platforms are always easy targets for lifters and pick pockets.

Placing shoes under your seat and going off to sleep is an open invitation to lifters. I had to walk home barefoot from New Delhi Railway Station once because somebody decamped with my Woodland pair.

The entrance of the stations stink because people use every nook, corner and open space for taking a leak, spitting paan and dumping waste.

Even stations in New Delhi and Mumbai, the two megalopolis of the country, stink due to open lavatories. Reservation centres and counters are witness to a thriving nexus between touts and clerks.

The former even accosts people standing in queues. Tip them and they can get you a confirmed ticket which is never available on the current reservation counters.

The Railway Minister’s decision to hike budget allocation by 40 per cent in the budget for cleanliness, recruit 17,000 male and 4,000 female constables may not have the desired effect unless the railway police start penalising people for littering, vandalising and thieving and railway devises a mechanism to check the malpractices that accompany privatisation.

For instance, though private caterers have led to improvement in quality of eatables served in certain Shatabadis and Rajdhanis, this has come with a price.

The waiters expect tips for every extra curd, ice cream, blanket or pillow they supply. They even move around with bowls at the end of the journey to collect cash rewards from passengers.

Though IRCTC has stipulated standards (weight, quantity etc.) for food and drinks sold at the platforms, they are seldom adhered to.

Train staff is overworked, deprived of sleep and take to drinks to overcome fatigue. This often becomes a trigger for accidents. I happened to witness one such unsavoury incident involving the guard of Kalka Mail at Old Delhi station some years ago.

The drunk guard was flashing green light and pushing the driver to run the train in red signal. He had to be replaced forcibly before the train could get a green signal and depart for Kalka.

The milching of Indian Railway for political interests have gone unhindered for far too long. Not only have Railway Ministers barring Sadanand Gowda used the ministry to fortify and enlarge their constituencies but parliamentarians have misused their discretionary quotas to slow down the express and mail trains.

It is largely a consequence of discretionary politics (an MP is entitled to secure stoppage of two express trains in his constituency) that we have trains like Lal Qila Express, Jammu Mail, Shaheed Express, Himalayan Queen, Unchahar Express and Himsagar Express which chug even slower than EMU trains. In many express trains, daily commuters do not let confirmed passengers occupy their berths through a better part of the journey.

Let’s hope railway’s three month target to reduce halts on key lines and in future allow stoppages on the basis of operational feasibility and commercial justification only will restore some speed in the snail-paced public sector giant.

However, more than speed and premium trains, the Indian Railway needs more ticket counters on stations and outside, booking of general and platform tickets on internet and mobile, bio toilets, clean tracks, removal of encroachments around the stations and tracks, adequate and tidy urinals outside the stations, orderly platforms, stations and trains.

It needs to serve treated water, food cooked in hygienic pantries, run trains on time and ensure safety of its passengers. 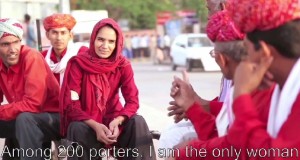 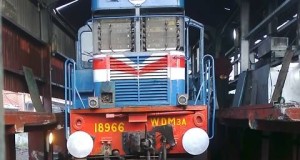