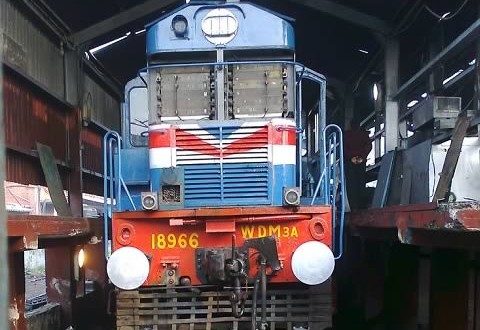 The rail budget, presented on Tuesday, aimed to provide a huge fillip to the Railways, with massive flow of investments in infrastructure and rolling stock. Moreover, the ailing wagon industry was expected to pick up momentum through a larger flow of orders.

One of the most important announcements came in with the union railway minister proposing foreign direct investment (FDI) in railways, except in railway operations.

“We target to become the largest freight carrier in the world…PPP route to generate revenue…our target is to finance bulk of future projects through PPP mode,”

“The wagon-leasing scheme, the PPP route, 100% FDI in approved rail segments, an accelerated pace of completion of the dedicated freight corridor(DFC) project will lead to higher investments in rolling stock, bringing  cheer to the entire industry,”

Interestingly, though, shares of Texmaco and other railway-related companies crashed as Gowda was presenting his budget on Tuesday. Texmaco Rail and Engineering emerged as the top most loser, plunging a little over 13 per cent in trade.

Most of the railway-related stocks, opened on a strong note in the morning but slowly dipped into red as Gowda continued his budget speech. Hit by profit booking, the S&P BSE Sensex slipped by 600 points in trade.

By the time the budget was read out, the news was decidedly mixed.

Rail stocks tanked  due to scepticism about several proposed schemes, in addition to political clamour about non-BJP states being ignored.

The other sore point was the proposed public-private partnership model, which has seldom worked in big infrastructure projects, the most recent example being the Delhi Airport Metro fiasco where Reliance was the private partner.

There is also some confusion on this issue since the ministry hasn’t revealed complete details of any PPP project.

While Assistant Professor of Law, Dr. Aparup Pakhira, wondered how the bulk of our future projects would be executed via PPP, experts are also worried about the willingness of private players to enter into projects with the government.

“If corporates can execute other projects, why will they get into PPP, which is full of hassles and doesn’t promise higher returns to the concerned companies,”

Concerns, however, remain about the lack of clarity of certain proposals.

“Apart from the fact of FDI in certain segments, there is no positive announcement,”

The minister hasn’t clarified his policy on freight traffic, the main bread earner of the railways, he added.

In spite of the concerns, however, the industry seemed bullish about the future of the fourth-largest railways in the world.

“From the Rail Budget it appears “Achche Din” aren’t far away. The overall mood is positive with profit booking coming at a regular interval, a healthy sign for the stock market and investors,”

“It’s a healthy correction before the Union Budget to be presented on 10th as a lot of positions have got squared up. Such corrections are normal in a bull market and investors should use dips to accumulate good quality stocks,”

The Indian Railways is a critical sector for driving country’s economic growth and it has the potential to raise the GDP by over one per cent.

Hence, one should look at all the propositions in the rail budget which gives an opportunity for investors to capitalise on the benefits of the new economic cycle being pushed ahead by the new government. 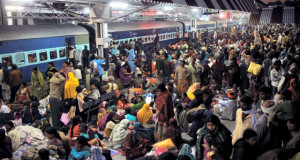