Home > World News > Sports > Dravid aid for batsmen, what about the seamers? 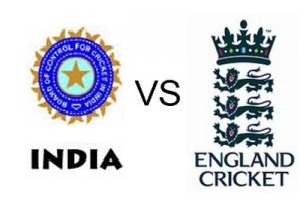 Dravid aid for batsmen, what about the seamers?

There isn’t an iota of doubt that Rahul Dravid is the best man to guide a young Indian batting contingent while touring anywhere on earth. Why only England?

He will command respect from all, and players too will get to learn the nitty gritty of batting in swinging conditions, where the ball literally wobbles at times.Who better than Dravid knows how to make use of the conditions with the willow?

For the record, Dravid has amassed 1376 runs, including six hundreds, in 13 Tests at an average of 68.80 on English soil.

Hence, the move by the Board of Control for Cricket in India (BCCI) really needs to be applauded. More so, because The Wall has recently been instrumental in mentoring the likes of Ajinkya Rahane, Sanju Samson and Pankaj Singh for IPL franchise Rajasthan Royals.

While announcing that the former Indian skipper has accepted the team management’s (coach Duncan Fletcher) request to support the team in the preparatory stages of the series, Board secretary Sanjay Patel’s email on June 29 also said,

The first Test starts at Nottingham on July 9.

So basically, the learners would get only 10 days to sharpen their skills under the watchful eyes of the fourth highest run-getter (13,288) in Test cricket.

Are 10 days of lessons enough for inexperienced Indian batsmen for a grueling five-Test series? Perhaps not. Still the decision was aimed at the betterment of Indian cricket, for sure.

But the bone of contention is who will assist the seamers, the department which has virtually no experience?

Here, BCCI’s intentions didn’t quite really find expressions. The board may have overlooked the fact that seam bowling also needed some care and attention on such a lengthy tour, particularly for the fact that a team has to get 20 wickets in order to win a Test match.

Youngsters Bhuvneshwar Kumar (6 Tests), Mohammed Shami (6), Varun Aaron (1), Pankaj Singh (0) and Stuart Binny (0) have collectively played 13 Test matches, which is less than one-fourth of the number of five-dayers Ishant Sharma (55 Tests), the current ‘leader’ of the pack, has played.

In case of a crisis situation, now the man for the seamers to look up to is Ishant whose strike rate in Test cricket is over 67.

Why has he been persisted with for seven long years (since 2007) is a pertinent question asked by every cricket aficionado without being heard by the concerned authorities.

Since money not an issue for Indian cricket, simply roping in a Kapil Dev or a Wasim Akram or even a Venkatesh Prasad as consultant could have also earned the BCCI some brownie points, which has become too few and far since the N Srinivasan saga.

Especially after a 0-4 drubbing in 2011 – which Ishant was also part of – and given the inexperience of the bowling unit, isn’t it a bigger loophole to be plugged than only requesting Dravid to advise the batsmen at the eleventh hour?

In past, we have witnessed how Zaheer Khan, who is out with a muscle injury, or Praveen Kumar struggled to control their swing or maintain the right line consistently on English soil last time. And a repeat show is not expected at all.

By the way, with Dravid (batting consultant), John Dawes (bowling coach, if you didn’t know) and fielding coach Trevor Penney on the roster, what will now be Mr Fletcher’s role?Can anyone enlighten us on this?

Previous: Gem and jewellery sector : expectations from the Union Budget 2014
Next: QIP queue gets longer 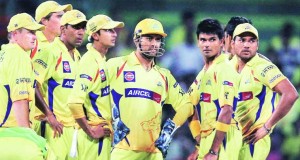 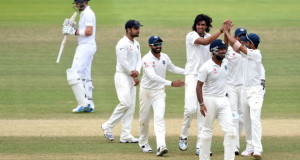