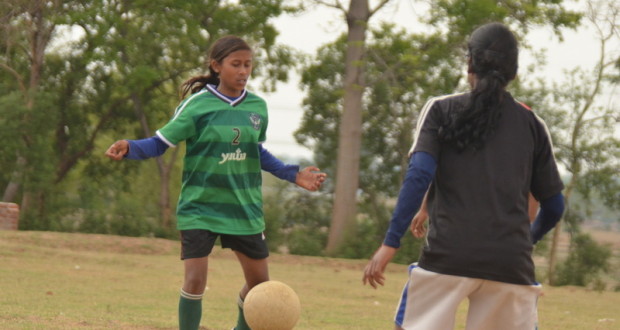 Waiting in the wings: ‘Supergoats’ set to realize American dream

While the FIFA frenzy has gripped fans and football fraternity alike across the world, the soccer senoritas of Jharkhand seem to be immune to the extravaganza.Hailing from a dust-bowl village on the outskirts of Ranchi, the all girl football team did the country proud by bagging the third spot in the Donosti Cup and qualifying for the prestigious Gasteiz Cup in Spain last year.

But  the ‘Supergoats’ are not the ones to sit on their laurels as their hunger for success is insatiable. They now have their eyes set on the upcoming USA Cup – an opportunity that would help them chase and realize their American dream. 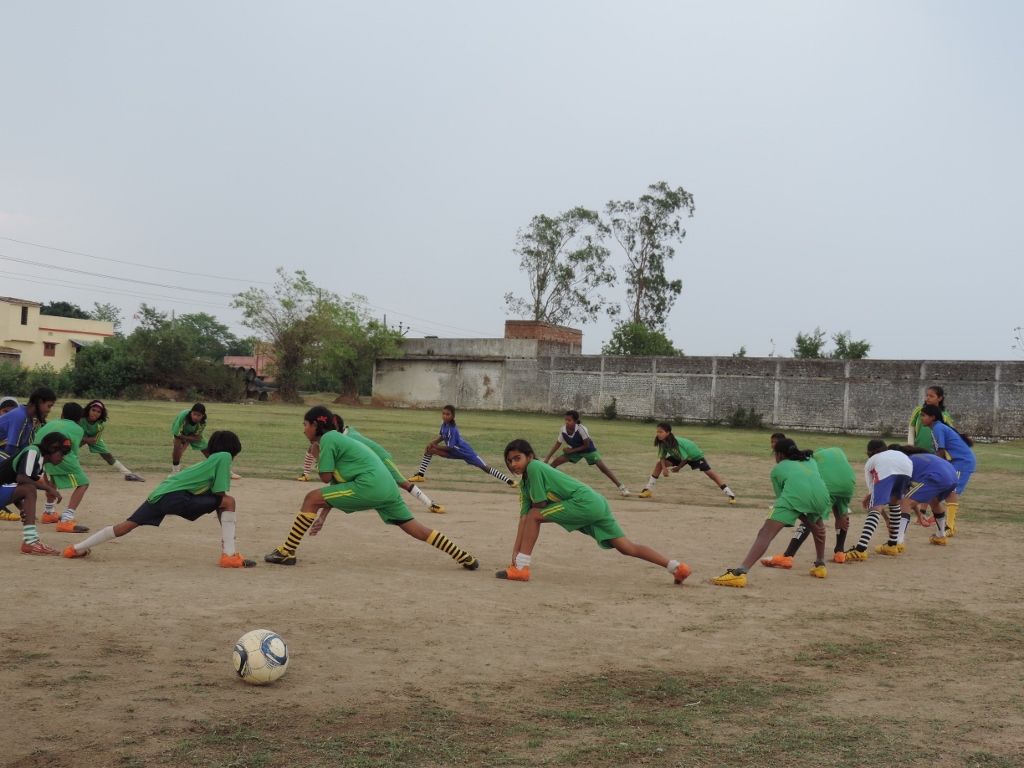 “Flights for the Yuwa team to the USA CUP have been booked. The Supergoats will be the first ever team from India to compete in the USA Cup,“

As the support and adulation for the winners fizzled out over the year, YUWA is struggling to pool in the money to fund the expenses of the tournament now. The paucity of funds has made it difficult for them to make both ends meet at the institution too.

Though the non-profit, which aims to empower women and give them a forum to fight against child marriage and trafficking, has managed to find sponsors to cover the travel expenses, it still needs funds to meet the accommodation, food and other requirements.

Last year, the Jharkhand government, after being prodded by former Union rural development minister Jairam Ramesh, had mooted a plan to build a permanent training facility for the girls. But the project is unlikely to see the light of the day any time soon as the government and YUWA Foundation are at loggerheads over administrative issues.

Gastler, who fought a pitched inbox battle with Ramesh, has refused to seek help from government agencies as taking financial help from the state, the former thinks, would compromise with the self-esteem of the players.

“We were promised 10 acres of land during the Presidential Rule in Jharkhand.But when the government got elected, the project came to a halt.

After Spain (success), the government announced that they are going to give 5 acres to us to build the academy. A stadium and hostels were promised, but the conditions put forward by the consultant who was signing an MoU with us were not acceptable,”

said the Harvard-educated American coach, who has been living in the non-descript Hudup village for the past seven years.

About 1800 km away from Ranchi, a similar sports initiative that aimed to bring the youth of the war-torn valley into main stream through the game of football, was killed as it hurt the towering ego of the Jammu and Kashmir government around three years ago.

The coach’s crime was that he agreed to disagree with the “incompetent” state sports authorities on certain issues, and their counterparts in Jharkhand seem to be headed in the same direction only to become spoilsports.

Previous: World Cup fever? How different climates will affect performance
Next: Return of the natives – The Kashmiri Pandits