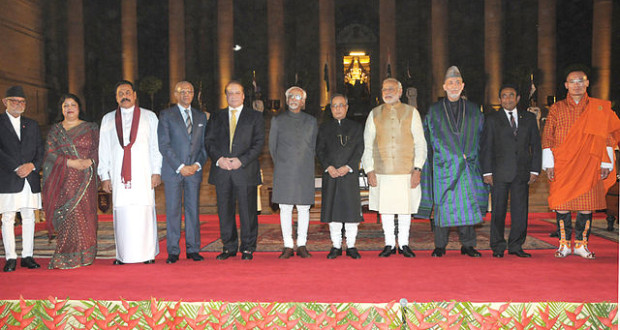 New Delhi: With its obsessive focus on meetings between Indian Prime Minister Narendra Modi and his Pakistani counterpart Nawaz Sharif, the media in New Delhi missed the wood for the trees. It dissected every nuance of the 40-minute long dialogue between the two nuclear neighbours and in the process ignored the real intent of Modi’s ‘out-of-the-box’ thinking behind inviting all SAARC members and Maldives for his swearing-in.

It missed the scripted ease, with which Modi embarked on repairing New Delhi’s relations with Colombo, Male and Kathmandu.

It failed to notice Modi’s quiet assertion that New Delhi under him will no more be a pushover before Beijing and allow the latter move unchecked on building its string of pearls around India by enrolling New Delhi’s long-time partners, a strategy the “dragons” have been pursuing for years now, to encircle India.

Modi quietly engaged Colombo which has certainly drifted towards Beijing since Manmohan Singh-led UPA Government voted against it in United Nations on the issue of human rights violations.

The launch of the power project will send a clear signal to Sri Lanka that India will not be second to China in extending development assistance and economic and commercial cooperation with the island nation.

Do not be surprised if Modi Government and Indian corporates loosen their purse strings to compete with Chinese companies which are building second airport, first four-lane highway and a massive Special Economic Zone (SEZ) there.

It is a signal to Colombo not to be too gung ho about China’s New Asia Security Plan and Maritime Silk Road (MSR) initiative. China announced aid of $ 100 million for welfare projects in northern and eastern Sri Lanka in October last year after India voted against the island nation in the UN.

In his meeting with Nepalese Premier Modi stressed on expeditious implementation of ‘hydro power and transmission projects’ and strengthening connectivity and economic interlinkages.

He obviously had Chinese investments at the back of his mind. China is building a 750 mega watt hydropower project and upgrading a dirt track between Nepal and Tibet.

India under Modi is expected to increase its investments in the Himalayan kingdom to thwart China which recently overcame New Delhi when it comes to contribution of FDI (Foreign Direct Investment).

The Indian Prime Minister achieved something major when he convinced Maldives President Abdull Yameen Abdul Gayoom on not allowing use of each other’s respective territories for any activity ‘inimical to the other’.

New Delhi apparently wants the tiny nation to contain Islamic fundamentalism and Chinese presence there.Beijing has consistently increased its footprints in Male since March 2012 when it opened its mission and tried to sabotage Indian interest there.

Beijing’s announcement of $ 500 million credit to Male in early 2012 and cancellation of GMR Infrastructure Limited’s contract for building of Male airport in October 2012 were too major examples of this.

India believes Chinese pressure was behind the cancellation of airport project for which the GMR is seeking $ 800 million in compensation. New Delhi feels since it provides security to the island nation (it even crushed a coup there in 1988) increase in Chinese presence there may complicate things for it.

Likewise in Mauritius, Modi has promised to enhance maritime security. The Island nation is part of the Indian Ocean Rim Association for Regional Cooperation and considered a gateway to the Indian Ocean. New Delhi certainly wishes to maintain its dominant position in the Ocean and would hate to cede space to Beijing. Mauritius gets 80 per cent of its imports including petroleum products from India.

When Foreign Minister Sushma Swaraj says the first priority of Modi Government would be to strengthen ties with neighbours followed by relations with strategic partners, she clearly has Sri Lanka, Nepal, Mauritius and Maldives in mind. 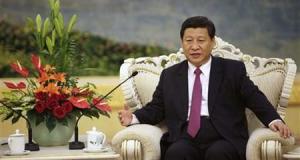