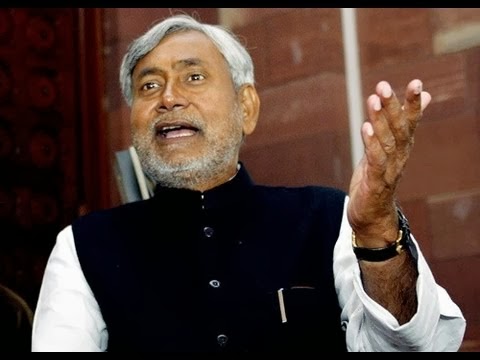 New Delhi, May 20: Nitish Kumar appears to have killed several birds with a single stone by putting in his resignation from Chief Minister’s post and nominating an MLA from poorest section of the society Jitan Ram Manjhi as his replacement.

Firstly he has pre-empted any poaching strike the BJP must have been planning to launch by buying complete loyalty of the Janata Dal (United) flock.

Secondly, by nominating first Mushahar (a mahadalit caste which would eat rats in the past) for the top executive post, he has tried to wrest mahadalits from Ramvilas Paswan’s Lok Janshakti Party (LJP).

Thirdly, since the JD (U) legislature party resolution passed on May 18 says that Nitish Kumar will continue to be the supreme leader of the group he has ensured that he continues to remote control Manjhi Government. The resolution also puts it in writing that Kumar will lead the group in 2015 state polls and be the Chief Minister paving the way for his return at the helm of affairs.

The nomination of Manjhi also means that he has almost put in place his party president Sharad Yadav, who has wanted to see his back and got his man Bijendra Yadav in chief ministerial chair.

The JD (U) legislature party did not elect Bijendra Yadav as its new leader in place of Kumar something Sharad had hoped and worked for since the announcement of the resignation by Kumar.

The ascent of Manjhi also ensures that egoist Nitish will not have to bow before Narendra Modi and make arrangements, when the latter visits Bihar as Prime Minister.

A part of the legislature group in fact shouted slogans against Yadav and sought the JD (U) President’s resignation for the rout the party faced in Bihar during the parliamentary polls. The JD (U) has been reduced to 2 seats from 20 it had mopped up in 2009.

The BJP leaders, who claimed from rooftops that around 50 of the JD (U) MLAs were in their touch and the days of Nitish Kumar Government were numbered, have been left licking their wounds.

This is not the first time that differences between Nitish Kumar and Sharad Yadav have come out in the open. Sharad was also opposed to Kumar’s decision of breaking away from the BJP on the question of anointment of Narendra Modi for Prime Ministerial post.

In all likelihood, Nitish Kumar will continue to call the shots from behind in Manjhi-led JD (U) Government. Though Sharad Yadav has survived for now it is unlikely that Nitish Kumar camp will allow him to breathe easy for long. Who would have forgotten the example of Sharad’s predecessor George Fernandes whom Nitish ejected from the Samata (the old avatar of Samata Party) Party not so long ago?

The BJP will have to wait for another day to topple the State Government, break the JD (U) and try to win maximum of the three Rajya Sabha seats which have become vacant due to the election of Ramvilas Paswan, Ramkripal Yadav and Rajiv Pratap Rudy to the Lok Sabha.

The chances of this, for now, look remote.

The tie up between the JD (U) and Lalu Prasad Yadav’s Rashtriya Janata Dal (RJD), a brain child of Sharad, will also be put in cold storage till next year when the State Assembly will have fresh elections.

Previous: What BJP Majority means for Modi
Next: Time To Narrow The Gender Chasm in National Income Accounting