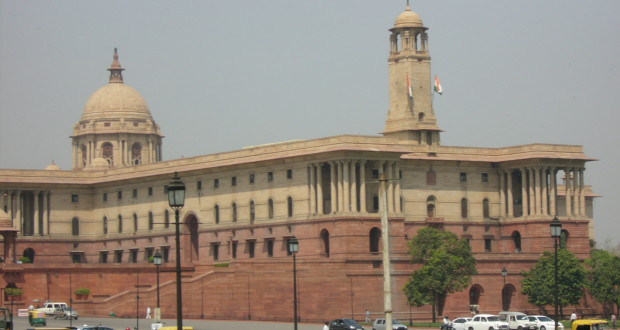 What BJP Majority means for Modi

New Delhi: The breach of majority mark by Bharatiya Janata Party in the 16thgeneral elections is expected to ensure that Narendra Modi, the possible new prime minister of the country, does not end up following trajectory of careers of his predecessors Manmohan Singh, H D Deve Gowda and Inder Kumar Gujral in the Prime Minister’s Office (PMO).

The party has mopped up 283 seats, 10 more than the simple majority mark in the 543-member (elected) Lok Sabha, first time in Indian history.Though Modi is expected to give representation to his alliance partners and is looking out for more regional parties, this is more to gain an upper hand in the Rajya Sabha, where Congress happens to be the largest party, than anything else.

The simple majority would guard Modi from falling prey to what Singh called ‘compulsions of coalition government’ and protect him from being hemmed in by pulls and pressures from BJP’s regional allies in carrying out the economic reforms.

The majority would help him in taking hard decisions to check the Hindu rate of growth of Indian economy without looking over his shoulders.  It would make sure that he can move ahead on replacement of archaic tax laws with Goods and Services Tax (GST) and elimination of various subsidies through control on the burgeoning fiscal deficit and mopping up of revenues through privatization of state-run companies. It could facilitate the promised reforms in labour laws to boost manufacturing, attract investment and create new jobs.

It could become Modi’s shield in case he wishes to initiate reforms in power, insurance, defence and petroleum sectors.

It would be his protection when he sets out to cleanse Indian politics by seeking time-bound inquiry against criminals-turned-politicians across party lines by the courts as promised by him on numerous times during the election campaign.

The majority would allow Modi freedom in choosing talent for his Council of Ministers. He would not be hostage to his parochial regional partners in taking foreign policy decision. Moreover, the majority in the Lok Sabha would discourage him from misusing Central Bureau of Investigation (CBI), the premier central investigative agency, to arm twist politicians like Mayawati, Mulayam Singh Yadav and Jagan Mohan Reddy who have corruption cases pending.

Manmohan Singh’s biggest failure in United Progressive Alliance II (2009-2014) was that he did not choose his ministers, gave in frequently to his alliance partners and looked the other way or kept quiet when the allies allegedly put their hand in the till (DMK’s D Raja allegedly caused loss of 1.76 lakh crore to national exchequer through bungling in allocation of 2G spectrum).

He even allowed them to dictate on issues impacting India’s foreign relations with Sri Lanka and Bangladesh.

It is public now that Singh was forced to appoint Raja as Union Communications Minister in the second term and overlooked the latter’s complicity in 2G scam. He had to sack Union Railway Minister Dinesh Trivedi after praising the latter’s ‘vision’ for Indian Railways and allowed roll back of rail fare hike announced by Trivedi in 2012-13 rail budget.

The UPA II made partial roll back of petrol prices in June 2012, withdrew bill on multi-brand retail in 2011, voted in favour of a UN resolution against Sri Lanka on Colombo’s war crimes in 2013 under pressure from DMK and kept Teesta Water Treaty hanging to keep Trinamool Congress in good humour.

One such occasion was when Shiv Sena Supremo Bal Thackeray forced him to replace him Power Minister Suresh Prabhu who, Vajpayee believed, was doing a very good job. Likewise, the story of Third Front Prime Ministers H D Deve Gowda and late Inder Kumar Gujral was all about bending backwards before their partners to keep their regimes afloat.

In his decade-long rule, the only occasion when Manmohan Singh stood up to his alliance partner was when he took on Left parties over Indo-US nuclear deal in 2008. Two years later, he caved in under opposition from the BJP and passed the Civil Liability for the Nuclear Damages Bill putting the Indo-US deal in a limbo.