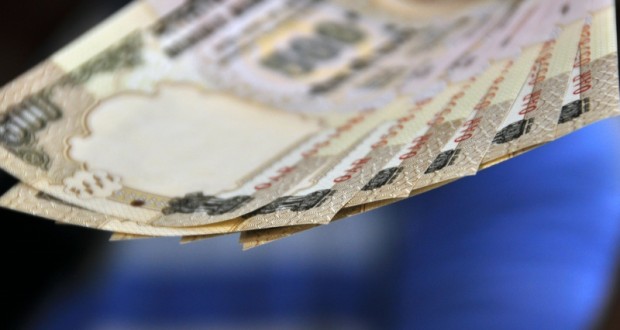 If the exit poll projections are to be believed, the Modi wave – brewing since the announcement of BJP’s prime ministerial candidate last September and turning into a ‘tsunami’ of sorts for the rival parties in the run-up to elections – has finally made a landfall.

Most exit polls say that the NDA is likely to sail past the magic number of 272 and Narendra Bhai (Modi) is all set to become India’s next PM.

But the political betting market, a.k.a the “Satta bazaar” is a little conservative about the figures.

There is a buzz among bookies that if NDA fails to get full majority, Modi’s chances of becoming the PM might fade away too. For, a post-poll ally is very unlikely to join the new government led by a riot-tainted leader.

However, the bookies look pretty sure that the next PM would be from the BJP. Hence they have put a rate of 40 paise on the possibility of a saffron party Prime Minister.But they cannot vouch for an imminent Modi sarkar.

“If NDA falls short of majority even by 20 seats, anybody –Rajnath Singh, Sushma Swaraj or even L.K Advani— will become the PM but not Modi. Now, the BJP’s national president is trending at No. 2 with an opening rate of Rs 4, while Modi remains the hot favourite at 15 paise (if NDA gets complete majority). The lesser the rate, the better it is,”

said a Mumbai-based veteran political bookie, having offices in New Delhi and London.

Congress vice-president Rahul Gandhi, who was trending at No. 2 with an opening rate of Rs 2.50 when campaigning started, has now sunk to No. 3 with a rate tag of Rs 10, suggesting that he has remote chances of getting the top job.

The bookies have been kind enough to open rates for regional PM aspirants such as BSP supremo Mayawati, AIADMK leader J Jayalalithaa and Samajwadi party president Mulayam Singh at Rs 25.

quipped another bookie from New Delhi.

AAP leader Arvind Kejriwal has an opening rate of Rs 51, suggesting that he does not even stand a chance to get anywhere close to the PM’s chair.

When the election season started, the bookies predicted AAP would get 50 seats, but as the campaigns gathered steam, the upstart party’s projection tally came down to 10 and from there, to 2-3 seats.

There are around 70 political bookies across the country – mainly functioning out of Mumbai, Jaipur and Delhi, but their investors are spread across India.

According to a Jaipur-based bookie, the investors are mainly the big, as well as the small, businessmen across the country. The investors also include MPs, MLAs, their PAs and Bollywood actors and the amount at stake is Rs 50,000 crore.

The bookies, headed by their leader, meet in a moving car and open rates for different candidates and parties. The information then percolates to the investors across the country.

A Kolkata-based businessman, who has invested Rs 5 lakh on Modi as PM, says,

“I am pretty sure that Modi magic has worked already. May 16 will usher in an era of good governance in India!”

Previous: “Look Up” – A message for the “online” generation
Next: Live: Election Results 2014