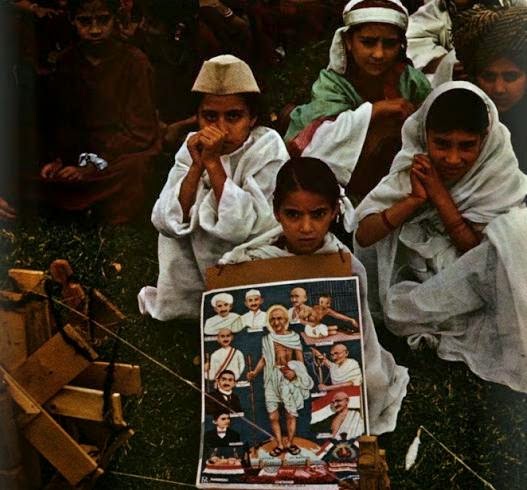 Kashmir has been full of inconvenient facts. Those that talk of oppressors who suppress(ed) the natives, shaped a bloody history and life of indignity, poverty, and exploitation.
Standing witness to half-revolutions, undone changes and unmet promises, this state seems to be reeling under a leadership crisis.
There is a dire need of a versatile leader, who can give birth to a thinking Kashmir and for whom learning about these inconvenient facts, would be a good way to begin.
The key to success in Kashmir is very simple but still uncared for and that is the lack of efforts towards enhancing credibility and social justice while simultaneously getting rid of ambiguous and invisible control. Amid a plethora of contractors of instability and peace, the need is for a leader who understands that there always exists a relation between the equations of peace building and forces of the sustenance of uncertainty. (the builder vs bulldozer theory.)

Akin to the nature of politics, where one party’s action (good or bad) invokes a quick reaction from the opposition, every action today in Kashmir has a reaction purely because of the dichotomous social realities. Hollow opposition, blame games, labeling, propaganda, motivating the masses against the good have become the order of the day and this requires a shift in methodological perspectives and methods of working on current Kashmir to tap its social collective.

On the social intervention front, the chief stake holders need to see whether the target population interfaces well with the problems addressed in the programmes launched for them or there is a sense of discredit (due to enemy perception) despite their actions.

It is important to make a note of those still left out and understand why, with regard to the overall welfare interventions and goals of the projects. An empathy approach needs to be installed in a broader magnitude. Cerebral capacity checks to see to what extent is ethics maintained, actual work done, peace efforts built, models prepared by the officials; become important in order to evaluate and understand society for further policy building.

Another question that has to be answered is to see how well does the target group understand what they are consenting to, what they are following and why?It also needs to be seen to what extent poor local participation, randomisation and generalisations destroy security calculations.

In the midst of all this, looking at and accepting strategic failures in the right perspective is imperative. It needs to be found as to why even the effective change makers and participants are unwilling to be particularised?

The need of the hour is to develop effective and functional links between local sociology, embedded social problems and social policy making in a range of contexts.Just supporting and extending the learning summaries of key issues, closed door presentations, speeches, chosen statements is not enough.

Actions of mixed nature are needed at this juncture to make intervention efforts inclusive. Actions that are politico-military, social, environmental, action oriented and practical. For instance, fair and faster probes, issuing clear statements on sensitive issues from local/regional security head quarters unlike the central hegemony, steps to heal the bruised environment of Kashmir (launching massive plantation drives), purifying the dirty turned holy waters of Kashmir (addressing water pollution), saluting the resilience and suffering of innocent Kashmir populous (by accepting the past mistakes and tendering sincere apologies), and delivery of justice in pending cases including Pathribal, etc,.

It is important to rehabilitate and not only teach.

The security apparatus has to ensure principles like honesty, transparency, quick action against HR violations, internal transformation of Jawans, understanding the local ethos, sensitivities and vulnerabilities are followed.

However, from a mass perspective, the whole security apparatus resort to putting things only in black and white. What is clearly visible is the lack of strong evaluations, decentralisation in judgements, clear statements and open documentation of their and others operations.

Also, the case study approach (on Kunan, Dardpora, Machil, Pathribal, Northeast atrocities) could have enabled them to think beyond the big brotherly attitude. It is also important to know that perspectives on practice and strategy need some theoretical frameworks and know how that is not within the capacity of every officer.Therefore, sociological or psychological handling needs to be assigned to a select group of officers sensitized for the same.

Effective use of new media and technologies is also called for to diagnose clever political corridors, educated but vulnerable citizenship and volatile and delusional political participation.

Kashmir’s changing society, social and political preferences, new social dimensions and extent of social inequality amid the conflicting situation has to be understood by the belted forces properly and strategies have to be framed accordingly.

There is a need to develop a strong writing voice to become fully engaged with the literature building for peace process so that a school of thought exists parallel to the rhetoric.

Till date violence loving brigades have generated a variety of dis empowerment and negative energy but a counter brigade must also come into existence. An effective social participation will go a long way in building a new political consciousness.

In Kashmir the desired social change can be achieved if Kashmiris are empowered to exert influence and make decisions about their own social collective without any fear. From social engineering to effective perception management to military reforms, nothing is impossible given the current security leadership in Kashmir but it needs a will to do.

Today some organisations are sincerely working to get draconian laws revoked. Campaigns like Save Sharmila Solidarity Campaign (SSSC) are being run to bring the continued but never addressed demand to repeal AFSPA.

However, till date hardly a serious debate has been initiated by the institution of politics on such a thought-provoking issue. We, as masses, remain engrossed in gainful issues and even discuss selective themes in elections but ignore the pressing issues beset to the common people. Even as common citizens of world’s largest democracy do we ever realise the pain and suffering of Irom Sharmila?

(The author is a Delhi based sociologist and belongs to SNCWS, Jamia Millia Islamia,Central University, New Delhi. Views expressed are personal. Mail at adfer.syed@gmail.com)

Previous: India’s firm stance on tax could actually help investors
Next: Now Crimea’s in the bag, where next for Putin and Russia? 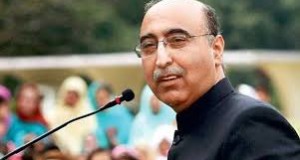 Abdul Basit’s Kashmir statement gets him trolled on Twitter 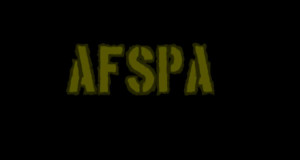