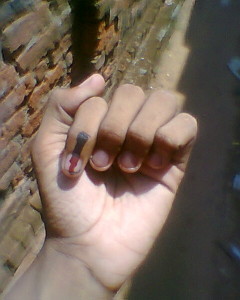 For the rest of the world, elections in the biggest democracy on Earth are an overwhelming cause for concern. The Indian Election Commission has estimated that about 788 million people are eligible to vote in this year’s elections – an electorate more than double the size of the entire population of the US. How the country carries out this enormous exercise after every five years never fails to astound people and pundits around the world.

What makes this year’s election all the more momentous is the possibility of a classic clash amid the ruling party, the Indian National Congress and it’s coalition partners against the Bharatiya Janata Party (BJP) spearheaded by the contentious Hindu nationalist Narendra Modi. In power for the past decade, the Indian National Congress is lead by Sonia Gandhi and Rahul, her son, heir to the famous, founding Nehru-Gandhi dynasty.

In an epoch of coalition government and politics, the growth of local political parties and regional leaders has been very critical. Although it is quite tough to predict any outcomes of the elections with so many hidden players, here are four factors that seem to be influencing the Indian voting trend in Elections 2014.

Indians are used to and have tolerated small-scale corruption, since it’s so deep-rooted in almost every aspect of our lives. Nevertheless, after a number of multi-million dollar frauds and scams brought to light by the inexorable media, the battle against widespread corruption has become a focal point for all Indians.

In the latest, state assembly polls in New Delhi, prima performance by a fresh political party based on an anti-corruption and human rights platform was unparalleled. A landmark legislation was subsequently passed by both houses of the parliament to create an anticorruption ombudsman with the authority to probe corruption at the even the highest level. Although its implementation remains to be determined, it has, undoubtedly created ripples in the 2014 elections as a major anti-corruption force.

Even though India’s economic downturn may have flattened out and growth is expected to rise to at least around 6% in 2014, the common man still continues to be acutely affected by the rise in commodity prices.

Consumer inflation for most of 2013, lingered around 10%. The result of the recent state elections in which the current ruling party suffered a major blow is blamed on the rise in prices. Although the head of India’s central bank, Raghuram Rajan has made calming down inflation his first priority, the impact of recent monetary tightening rules may not appear in such a short term. Hence, inflation is fast becoming one of the most crucial factors in the 2014 national elections.

With first-time voters accounting for about one-third of the total electorate in 2014, a lot is being said about the vast and untapped youth potential in India. The young adults grew up in a country reveling in almost double-digit, development rates. Although how the recent economic recession will influence the youth voters, is certainly stirring matters up politically.

What exactly will make the Indian youth to move is not unpredictable anymore. They now speak of development and governance, as is marked in their astonishing show of support for the innocent prey of a brutal gang rape in the capital in 2012. However, young people appear to be flaking their indifference to politics and this critical voting bloc cannot be overlooked in 2014.

The riots in September were the worst instance of religious tensions in India since the one in Gujarat back in 2002. With more than 60 people dead, majority of which were Muslims, tens of thousands others were displaced internally on the basis of religion. All this happened just about 130 kilometers from New Delhi, in Muzaffarnagar.

The growing fear of the re-emergence of religious violence and tensions has had a gripping consequence on the politics of a country founded on principles such as secularism. With the surge in recognition of the opposition’s candidate for the prime minister’s position, Narendra Modi, there are serious concerns that he may use a polarizing tactic to influence voters. Analysts and experts say, political and religious tensions could rise as groups opposing Modi try to depict him as an extremist.

The age-old tactic of separating communities on basis of religion and ethnicity for political benefits has become a major tactic being used in 2014.

Previous: Political ‘cold war’ altering people’s social life in Bengal
Next: Afghanistan – not Modi – is key to future relations between India and Pakistan