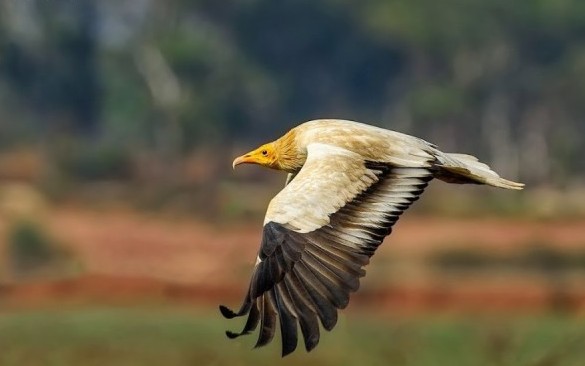 The Pharaoh's Chicken or the Egyptian Vulture, Hesarghatta, Bangalore

In the early 1980′s, there were approximately 40 million vultures in India. Now there are only 60,000 of these scavengers left. 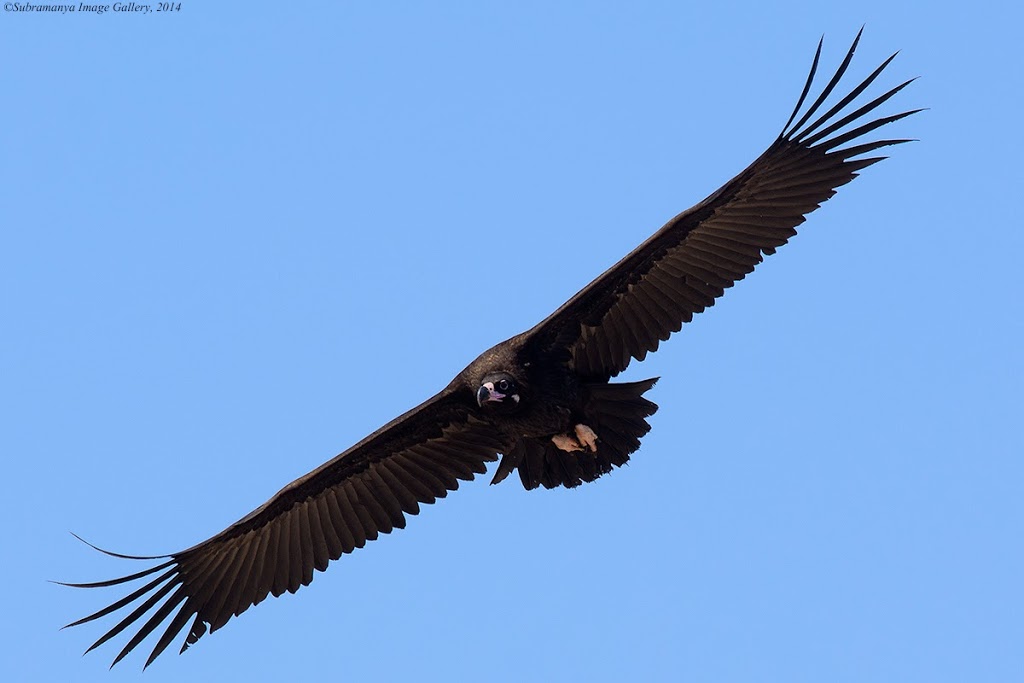 Watching them glide majestically through the skies, is becoming a rare sight. The masters of the skies, today stand critically endangered and it would be foolish to push this aside as a mere story or undermine the facts presented.

We would be doing so at our own peril even as the most efficient and the most important scavengers of the planet are now fighting a losing battle for survival. 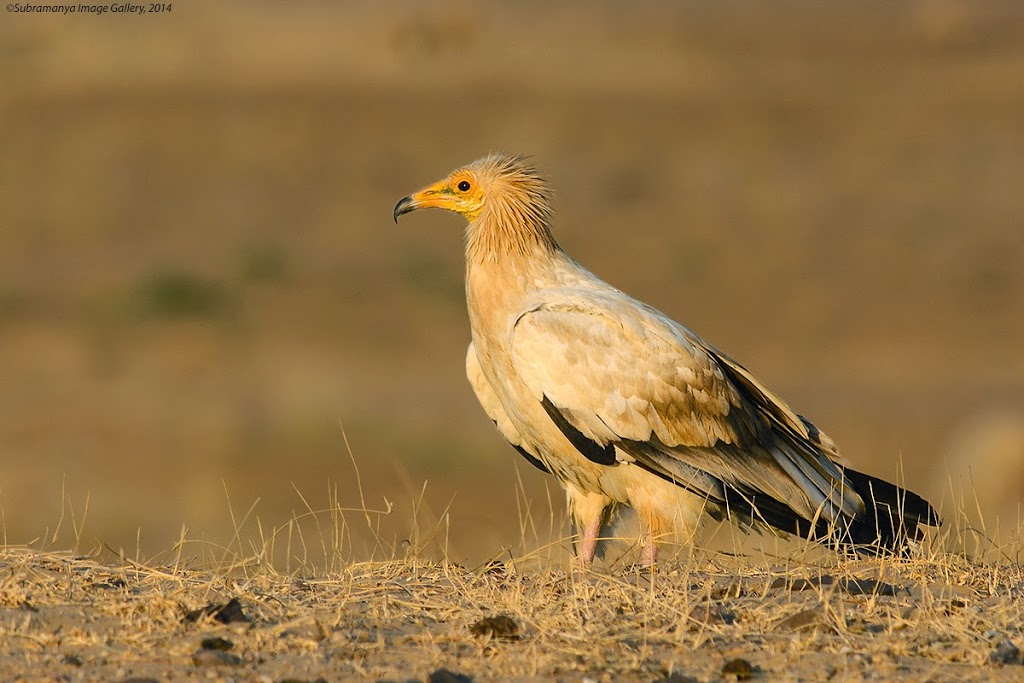 The Pharaoh’s Chicken or the Egyptian Vulture, Desert National Park

The Egyptian Vulture populations have declined in most parts of its distribution range. In Europe and most of the Middle East, populations in 2001 were half of those from 1980.

In India, the decline has been rapid with a 35% decrease each year since 1999. 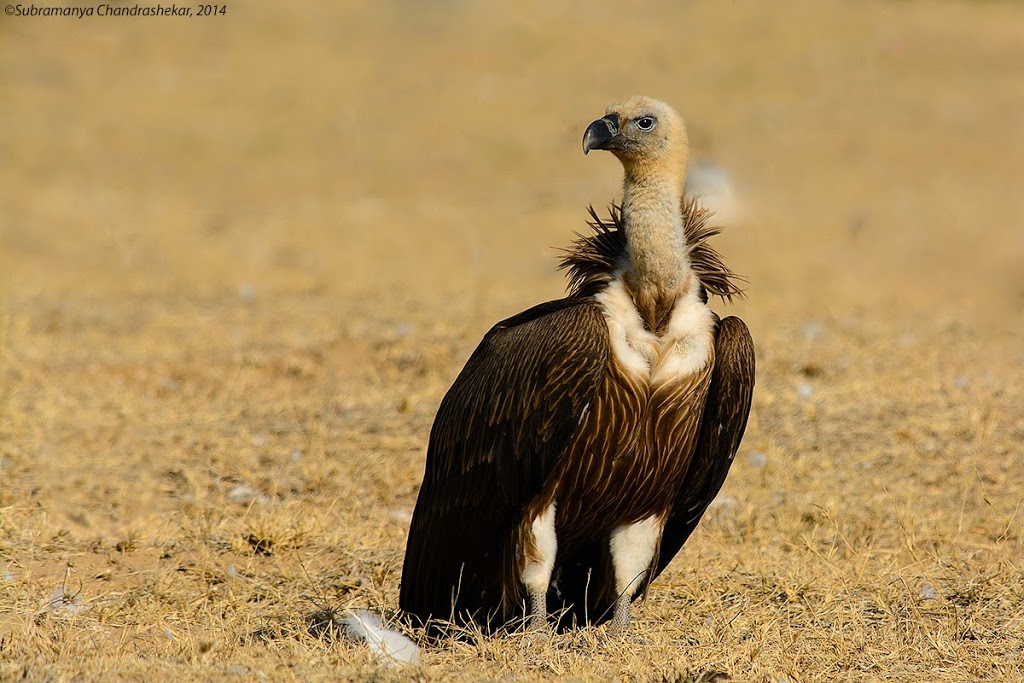 In spite of being the most abundantly seen vulture, Egyptian Vultures are declared “Critically Endangered” by the World conservation Union (IUCN) and the extinction of this species is witnessing serious global health consequences.

This dwindling population of vultures has had devastating effects. 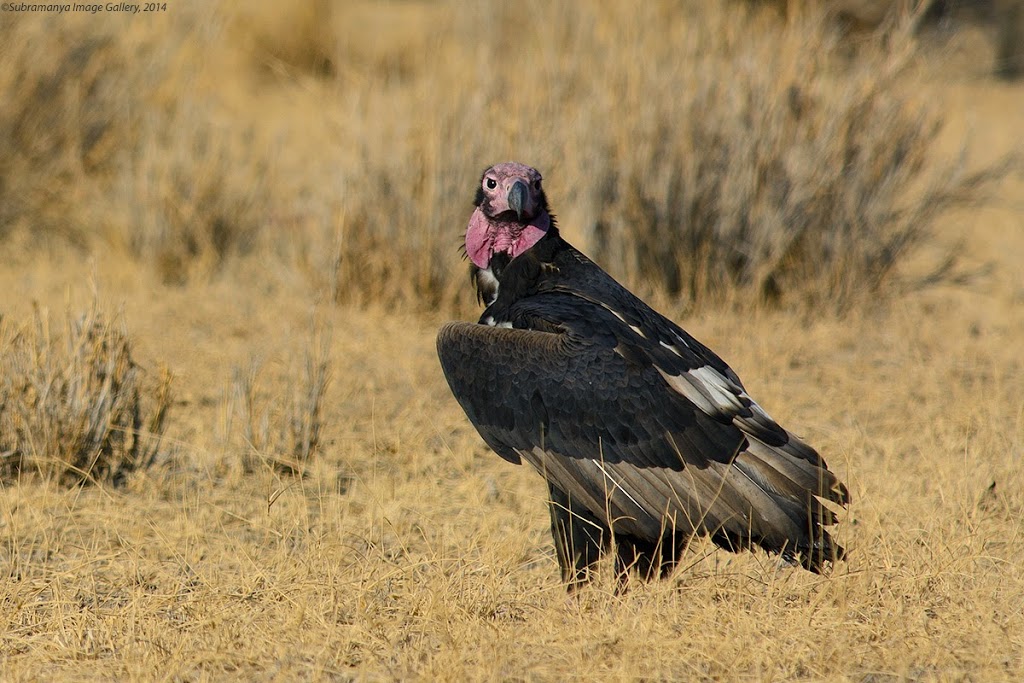 Putrefying decomposing carcasses have become the main cause of anthrax, rabies and many epidemic outbreaks.

Stray dogs, rats and crows are thriving, feeding on free food and breeding in large numbers. The result is that India now has a population of feral dogs numbering in the tens of millions, the highest in the world, and millions of people are bitten every year, with about 20,000 people dying annually from rabies. 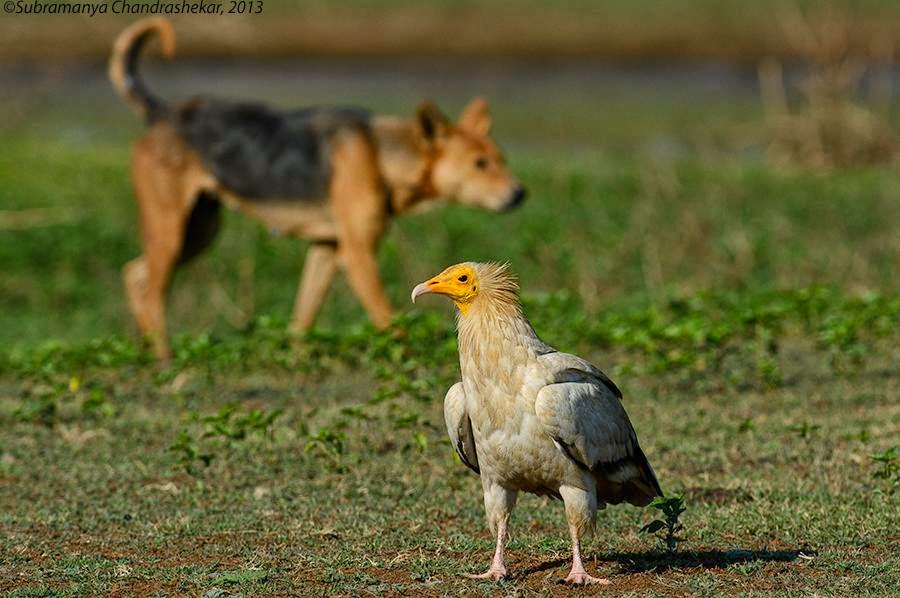 The scavenger vulture and its competitor, Hesarghatta, Bangalore, India

But what has led to this situation?

An ordinary veterinary drug called “Diclofenac”. Diclofenac, a non-steroidal anti-inflammatory drug used as a pain killer for both human and animals, is also administered to the cattle and other livestock by vets and farmers.

Even as this drug took over the million dollar market in the early 90’s, little did anyone know that it would soon become a silent killer of one of the most vital entities of the ecological chain, the Vultures! 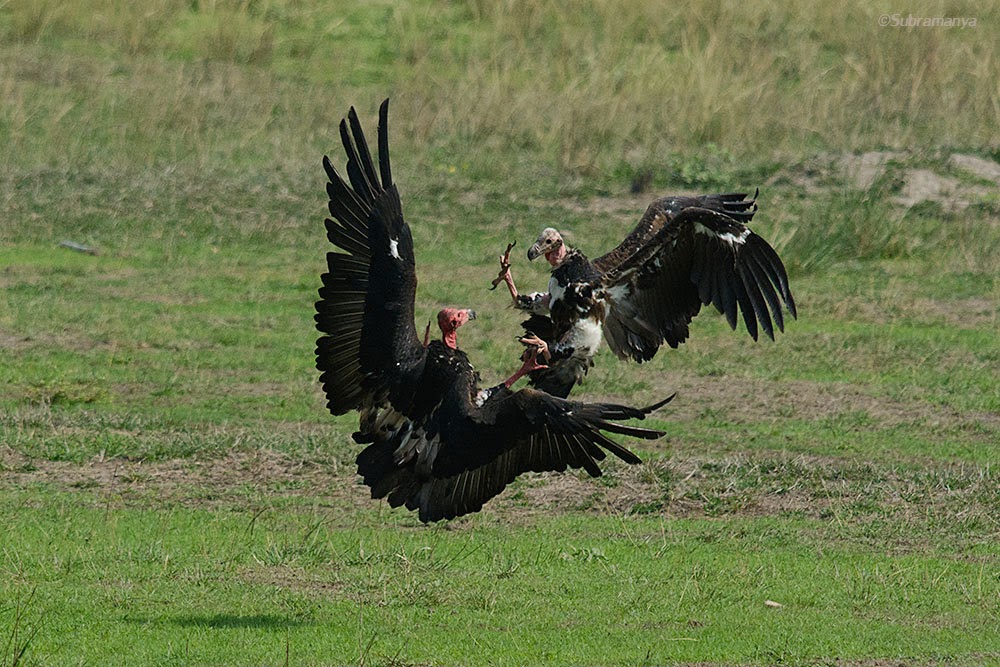 It came to light only decades later that when these vultures feed on the carrion of animals injected with Diclofenac, the chemical would enter their system.

Their inability to digest the chemical would then cause high levels of uric acid to accumulate in their body leading to kidney failure eventually causing immediate death. 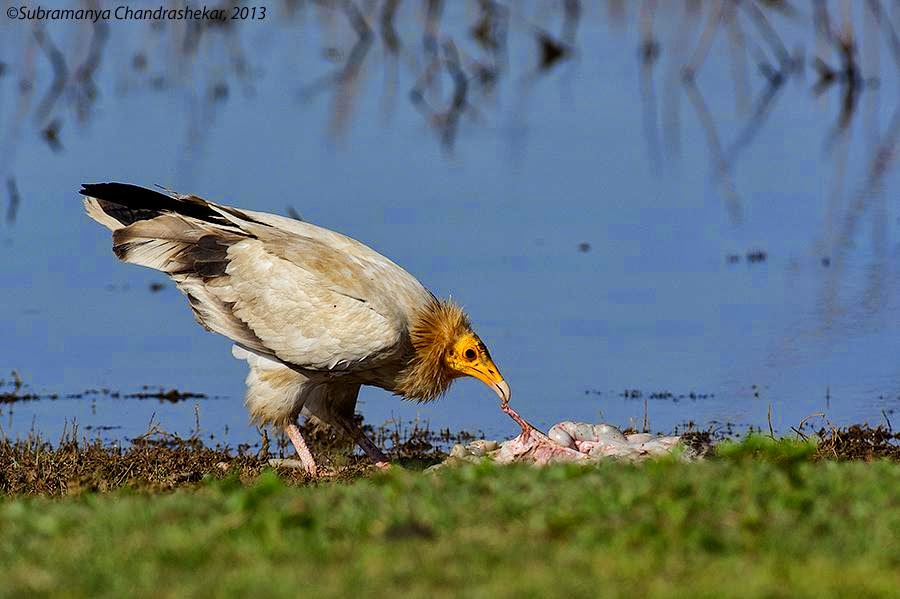 In 2005, the government of India in an effort to save the species, issued a directive to phase out Diclofenac within 6 months. Captive breeding efforts were started and vulture feeding centers were set up.

However, this was not enough. 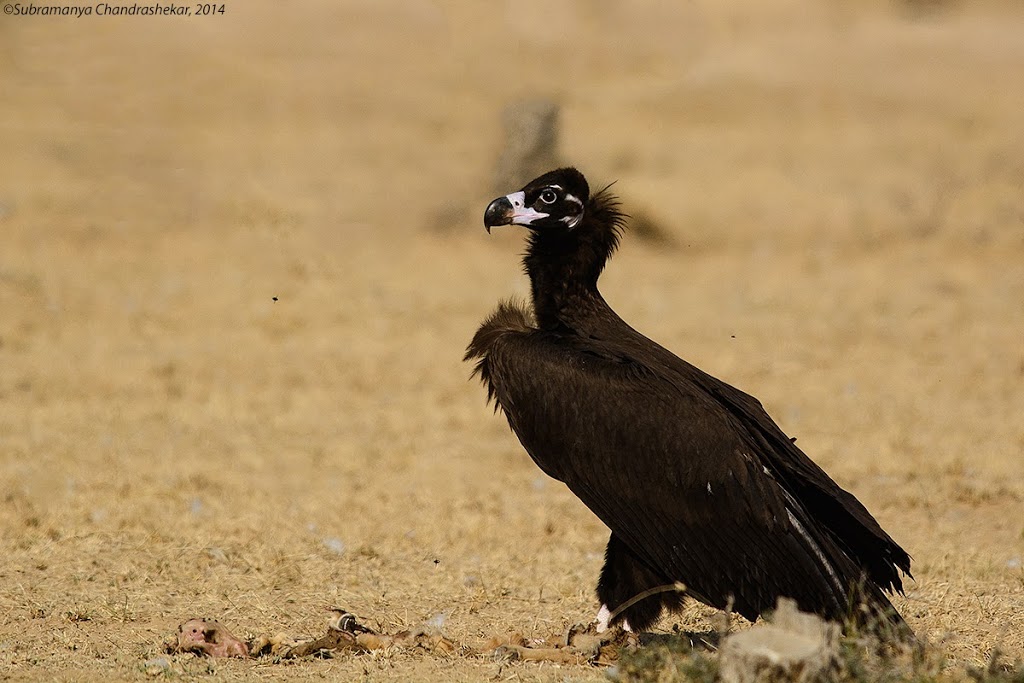 The Cinereous Vulture or the Monk Vulture, Bikaner

Because, Diclofenac continues to be sold in the market. 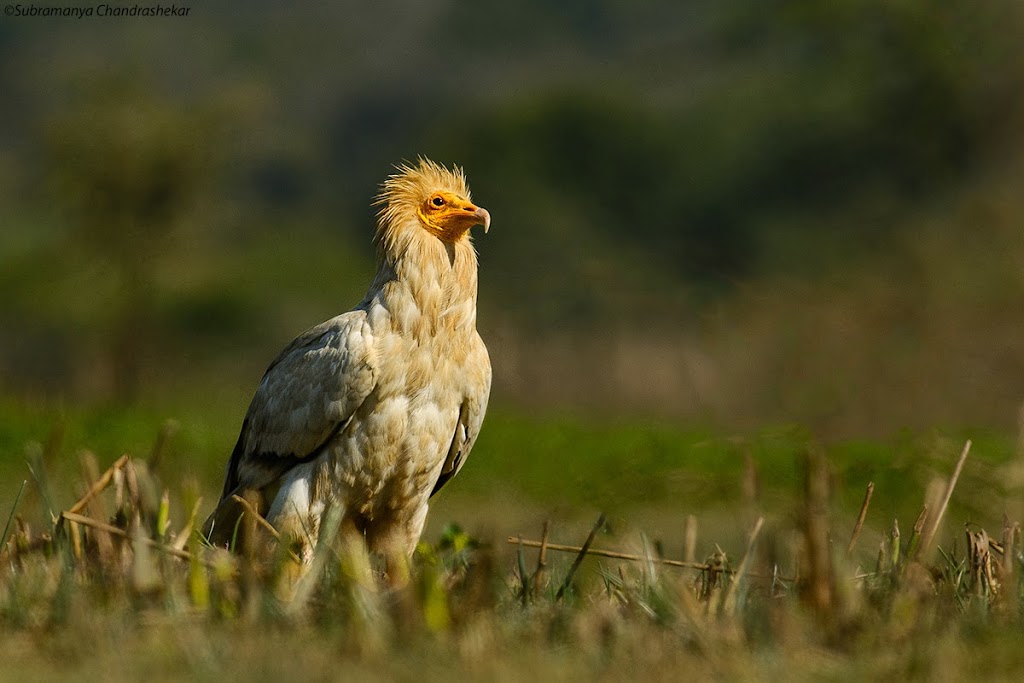 The vultures are a strong breed but slow breeders. With only one offspring each year, it would take a long time to fill the gap created by this drug.
It is important that one understands the gravity of the situation and raises their voice for more stringent measures to introduce the alternative drug and pull out any human formulations and old stocks of Diclofenac which has penetrated the market so deeply and continues to be used in spite of the ban. Until this is done, these birds will continue to perish and whatever little is left of them will also soon become a bygone in the next few years to come.