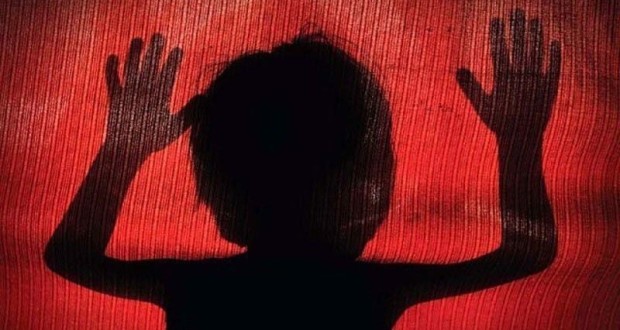 A ten-year-old girl was recently denied an abortion by the Supreme Court of India. She was a victim of rape, which she alleges was perpetrated by her uncle several times over a period of seven months. Her pregnancy was discovered after she complained of stomach ache and was taken to the hospital, but in late July the court decided it was too late in the pregnancy for her to have an abortion.

Such cases of sexual violence in India have been a key topic of discussion since the brutal gang rape of a student on a bus in Delhi made headlines around the world in 2012. Popularly referred to as Nirbhaya (meaning “fearless one” in Hindi), the victim didn’t survive her internal injuries caused during the attack. In May 2017, India’s Supreme Court upheld the verdict of capital punishment for the four men convicted of rape in this case.

Following this incident in December 2012, I got the opportunity to conduct research in Tihar Central Jail at New Delhi which later developed into my PhD research. As one of the first studies to take into account the perspectives of convicted rapists in India, my aim was to understand the attitudes these men have towards their victims and how this thinking contributes to the endemic sexual violence that women experience in the country.

Over the course of the last three years, I have been able to talk with more than 100 convicted sex offenders. There is one particular story – participant 49 – that I have decided to share.

This 23-year-old convict had not completed primary school and was working as a temple cleaner. He was imprisoned in 2010 for raping a five-year-old girl. He described his victim as a small beggar girl who provoked him while he was busy with his duties.

When I asked him to elaborate on how she “provoked” him, he said,

“she was touching me inappropriately so I thought I’ll teach her a lesson”.

“Her mother is also like this, she too has a questionable character.”

Victim blaming is a commonly found phenomenon in the narratives of sex offenders and this case was not any different.

What disturbed me more than the vivid details of his description of the attack was the fact that he thought he could make up for his crime by marrying the girl after his release.

Results of two questionnaires he completed before I spoke to him also showed his attitudes towards women. He completed the Attitude Towards Women Questionnaire and scored lowly, indicating conservative or traditional attitudes towards women. His results for the Multicultural Masculinity Ideology Scale highlighted lack of sexual responsibility along with low sensitivity. He also ranked high on the toughness factor, indicating he had internalised cultural norms on how men should act and what defines a “man or manliness”.

At the end of the interview, I was compelled to find the other side of the story – the victim’s side. Considering he had already served five years in prison, I was not sure if I would be able to find the victim and her family. Luckily, based on his directions it didn’t take long to locate the temple. The priest there confirmed the incident had taken place and also told me that the victim’s mother is a beggar who comes to the temple regularly.

The following week, I was introduced to the mother of the victim. I informed her that I had interacted with her daughter’s attacker in Tihar Jail and that upon my probing he provided the details of the place of the attack and her family. At first she was absolutely shocked as she couldn’t believe that he had actually been sentenced.

“I thought he had fled, gone to some other city,”

She recalled her daughter being rescued by the priest and then being rushed to the nearest government clinic where she was treated for three days. Since she could not afford further care, she brought her daughter back to the house. Her family knew the perpetrator well, which gives support to the widely known fact that most rapes are committed by aquaintances.

She told me that when her husband found out about the attacks, “he had a total mental breakdown and abandoned the family”. She filed the charges and did all the paperwork on her own but didn’t hope for much. She also didn’t have any permanent contact details through which the police could inform her of what happened next.

She said she’d be happy to introduce me to her daughter, provided I didn’t ask her to recall anything. After waiting a few days, I finally got the opportunity to meet this endearing little girl who was very excited to see me and was now almost ten. She told me that she was doing well in school and really enjoyed painting. Completely unfazed by her past, she appeared to have no recollection of the horrific event. For her mother though, it had been nothing short of a nightmare. I couldn’t bring myself to tell her that her daughter’s perpetrator thinks he can make amends by marrying her daughter.

In a country where almost 90% of the rape cases go unreported, the perseverance and will of this mother in fighting for justice for her daughter is a story with deep resonance. Almost 34,651 cases of rape were reported in India in 2015, out of which only a select few made the headlines. India’s record of sexual assaults on minors is grim: in 2015, 10,854 rape cases of minors were reported and 14,913 other cases under the Protection of Children from Sexual Offences Act.

The mother asked me why her daughter’s attacker was only serving ten years in jail instead of being hanged:

“Doesn’t she deserve the same justice as the Nirbhaya case? Those men are being hanged for their crime”.

Since I did not have a fitting response to her question, I thanked her for sharing her story and we said goodbye.

Debates are continuing in India about punishment for rapists, particularly whether punitive methods or retributive and restorative justice are most effective. Sex offender treatment programmes have also been suggested as an alternative strategy. But what India needs most is to overhaul society’s collective conscience to promote and protect women’s rights and gender equality.

Previous: A roundup of today’s news in brief
Next: Bengaluru’s Tree Doctor : saving the “Garden City” one tree at a time